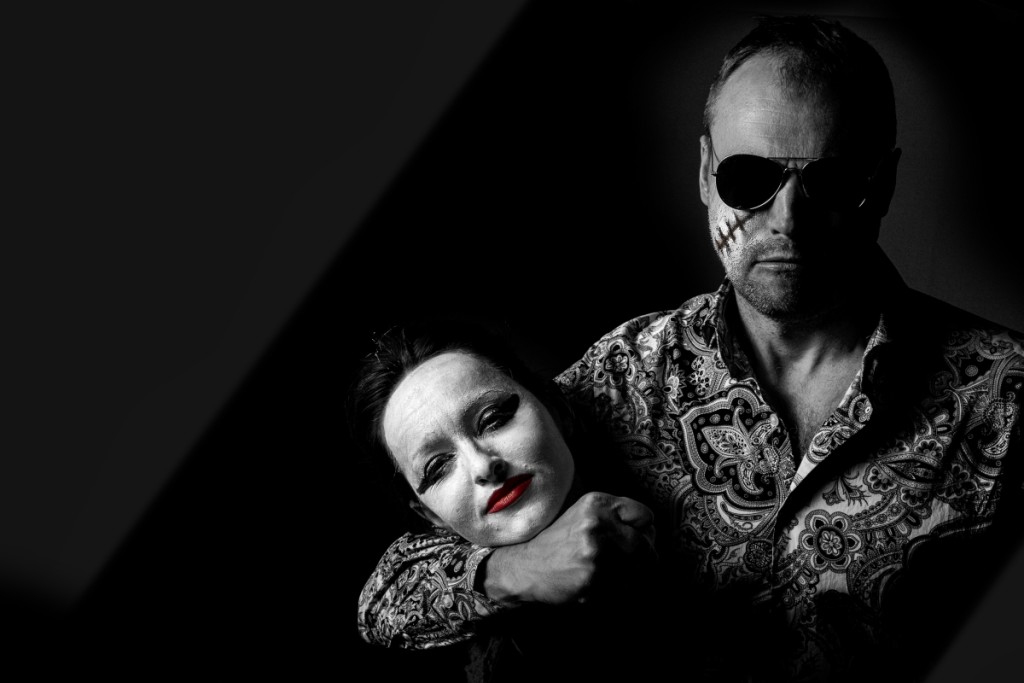 I just joined the theatre group Molodyi teatr a few weeks ago. The troupe is made up of about a dozen East European migrants, mostly Ukrainians and a couple of Russians, including myself. We’re rehearsing a short piece to be performed in commemoration of Holodomor, the man-made famine that killed millions of Ukrainians in 1932-33.  The text is drawn from interviews with Holodomor survivors, who narrate their stories of practical survival and death in a chillingly mundane manner.

At one of the final rehearsals, a cast member, a Russian-speaking girl who is not Ukrainian, raises her hand in the middle of the reading. Looking uneasy she asks the show’s director, Olesya Khromeychuk, ‘What is this about?’ After a few moments of awkward silence, the rest of the cast begins to laugh somewhat hysterically. In a few simple sentences, Olesya explains to her the history and significance of one of the most traumatic events in twentieth-century Ukrainian history.

While the conflict in Ukraine has created new fault lines and deepened old divisions in relationships between members of global post-Soviet migrant communities, the patterns of these shifting relationships are subtle and cannot be viewed in black-and-white.

This is one of my first memories of joining Molodyi teatr at the end of 2013. It was, of course, before the start of Euromaidan and the related events that triggered the popularity of Ukraine-related topics in the media and public discourse. This cast member’s question was, in part, indicative of widespread historical ignorance and the poor quality of education in some former Soviet republics. However, her question also speaks to a lack of understanding and curiosity between and among disparate (but also interconnected) groups of post-Soviet migrants in twenty-first-century London.

Rallying Ukrainians in London have sometimes found themselves in heated debate on the street with someone who turns out to be from East Ukraine themselves. Quarrels with compatriots – friends and relatives – have now become commonplace. While the conflict has created new fault lines and deepened old divisions in relationships between members of global post-Soviet migrant communities, the patterns of these shifting relationships are subtle and cannot be viewed in black-and-white.

This is among the central ideas behind Molodyi teatr’s first English-language production ‘Bloody East Europeans’. The play was written by Uilleam Blacker, a lecturer in comparative Russian and East European Studies at University College London, and directed by Olesya Khromeychuk, a historian at the University of East Anglia and the driving force behind the theatre group. ‘Bloody East Europeans’ is based on real life accounts of migrants from different East European countries living in London.

The stories are woven into a simple plot. Elements of comedy and drama work to introduce diverse (and mainly marginalised) migrant characters gathered in a bar that gets raided by immigration officers in the second half of the play. In all its simplicity, the play presents a series of vignettes in anecdotal fashion that not only lend the production ethnographic qualities, but also make it, effectively, a theatrical meta-piece: a play by migrants, about migrants.

The stories in the play are brought together to argue against lumping ‘East Europeans’ into one unified or homogenous group. It successfully deconstructs common notions of ‘East European-ness’ through complex accounts of relationships unfolding between the characters on the stage. Most of the time this involves stressing the fact that ‘we’re not all Russian’, or giving the audience a glimpse into the linguistic diversity of the region, or explaining why Ukrainians and Poles may have something against one another.

The play also includes contentious moments, in which such differences and points of tension are themselves performed. For example, at the start of the piece the actors onstage begin introducing the audience to various words and names of cities in Eastern Europe. When one character says, ‘Simferopol!’, a city in Russia-annexed Crimea, another steps forward and adds ‘Nash!’ (‘Ours’ in Russian and Ukrainian) – a clear allusion to the infamous post-annexation Russian slogan ‘Krym nash!’ (‘Crimea is ours!’).

When we performed this segment in London in summer 2015, the tension in the room was palpable. The audience was almost all East European, and mostly Ukrainian. After the show, the actor who played the latter character was worried about the negative reception of these lines. ‘I heard noises. People were definitely not happy about me saying this’, the actor said.

Since the beginning, Molodyi teatr has focused on Ukrainian culture, but the company is not bent on tradition. It is not ethnicity or migrant background that brings its members together. It is, rather, a multilingual space for informal communication about notions of culture in a broad sense. In other words, the group provides a space for the formation of a social network. The members of the troupe are connected through contextual and flexible informal ties of friendship and companionship.

This is not to say that their relationships are always positive and constructive, though: occasionally, there can be tension, anger, and irritation. Just as in any community, there can be frustration and dissatisfaction. There might be boredom. The theatre is an emotional space, after all.

As ‘Bloody East Europeans’ illustrates through its use of satire, music, and real-life stories, in London there is no single community of East Europeans, post-Soviets, Russian-speakers, Ukrainians, or Russians for that matter.

While some of the members say that they joined the theatre because the lives of so many of their compatriots in London seemed too boring and monotonous, the theatre is neither a means of escaping hardships and routine, nor an informal support group. As a community and a participatory space, the theatre offers its members a chance to express their agency. In the case of ‘Bloody East Europeans’, the play allows its participants to speak for themselves and on behalf of other East European migrants in London. The play gives voice to those who are often marginalised, victimised, and stereotyped – undocumented migrants.

By doing so, Molodyi Teatr endeavors to deconstruct not only notions of ‘East-European-ness’, but also the category of ‘illegality’. As one anonymous spectator told the theatre, ‘My life of the last eight years is exactly what you showed in your play’. These kinds of comments from audience members testify to the representational quality of the project in that they come from the groups and individuals who were the initial source of ‘data’ used for the play. Performing for more diverse audiences at the Edinburgh Fringe Festival was an important step in terms of moving past the image of ‘diasporic theatre’ and gaining voice on a broader scale.

As ‘Bloody East Europeans’ illustrates through its use of satire, music, and real-life stories, in London there is no single community of East Europeans, post-Soviets, Russian-speakers, Ukrainians, or Russians for that matter. Social relationships among migrants are complex and contingent not only upon historical and political background, but also a variety of personal and structural factors, local contexts such as spaces that they are (co-)inhabiting, and practical qualities of particular relationships.

As London becomes increasingly diverse and questions around migration dominate the press, we can only hope that Molodyi teatr will continue its work as a performative social space empowering both actors and audiences to consider the complexities of London’s social life.

The musical-satire ‘Bloody East Europeans’ by ‘Molodyi teatr’ (Young Theatre) will be featured in the month-long documentary theatre programme at GRAD gallery in London on 9 October. The play is one of three documentary plays included in the series on themes of migration and social inequality in Bulgaria, Russia and the UK. For the complete theatre programme click here.

Darya Malyutina
Darya Malyutina is a human geographer who writes about post-Soviet migrants, social networks and protests, and a member of the London-based community theatre group Molodyi teatr.
> see other articles <