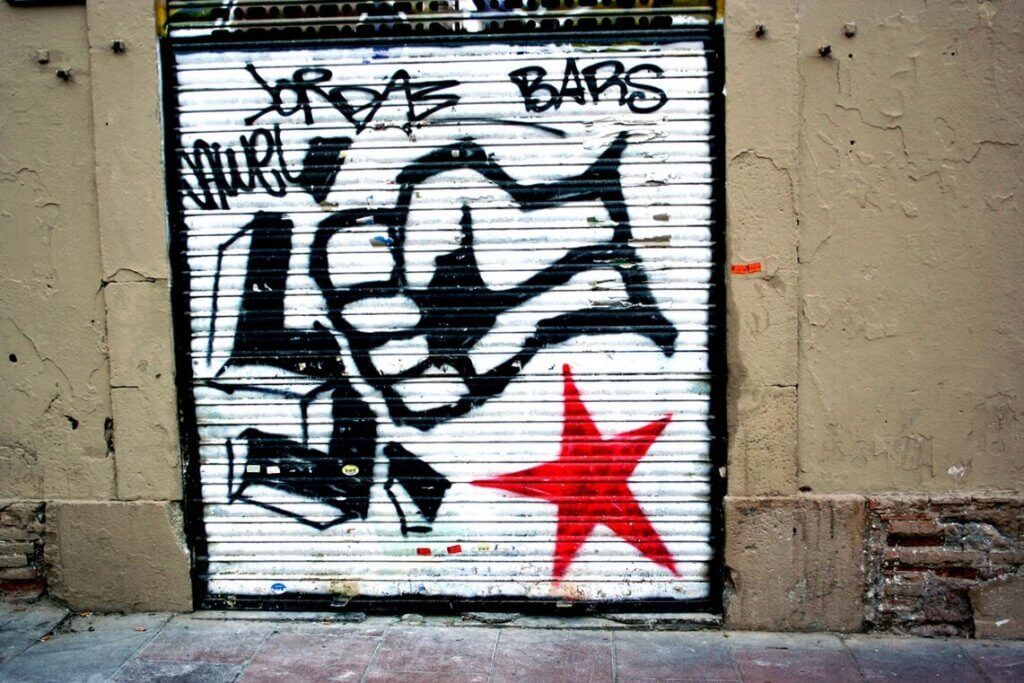 The heart of the matter is that like many other widely-used terms, “fascism” is being used intuitively most of the time and its meaning is vague at best: in this way, it is similar to the improvisational origins of speech: a living, evolving word in a living, evolving language. On the other hand, there is also plenty of ideological definition as well.

According to the definition I am going to use, fascism is “a popular movement or regime primarily characterised by destruction of the institutions of a republican establishment and a militant or repressive aggression towards various left-wing and labourer movements.” It is this definition that I will base my analysis of current situation on.

The current Slovakian extreme right is not – apart from a couple of known exceptions (Jobbik, ĽS-NS) – fascist.

The current Slovakian extreme right is not – apart from a couple of known exceptions (Jobbik, ĽS-NS) – fascist. It lacks two of most basic traits of fascism: paramilitary structure, willing to use any means to achieve political goals, and an open anti-parliamentary program with the ultimate goal of establishing a dictatorship. We should, however, not dwell on the old definitions of fascism too much and only refer to a movement as fascist when it fulfills the entirety of the almost hundred-year-old criteria of Italian fascism. We cannot discount the possibility that existing movements will develop in this fashion – the likelihood is all too real and we need to be aware of that, as well as remember that the political spectrum has been constantly moving to the right over the last forty years.

What if the extreme right-wing movements of today indeed turn into the real, militant fascism tomorrow? Along with the inevitable horror, there must be a reflection – we need to realise we are not prepared for such a development, in the slightest.

Fascism – From a Materialistic Point of View

In order to fully understand fascism, we need to abandon the analysis of ideas and look at it in the context of power structure, the social, political and economic system and their crisis: in short, we need to analyse it materialistically and from a left-wing perspective. One possible way of doing this is by taking a look at the views expressed by capitalist media: the ruling classes of many countries have flirted with fascism, simply because fascism has always fought against the movements of socialist and communist labourers which are capable of potentially overturning the unequal class relations and minority rule.

Fascism took some of its rhetoric and agitating character from the radical left-wing movements, which managed to fool a considerable part of the working masses. This was the source of the majority of its power: officially, it stood against the culture of capitalism and the decadence of modernism, while presenting a Third Way or a “national socialism”. In practice, however, the political Left and workers’ movements were its worst enemy. In Italy, fascism’s rise to power started with the violent destruction of worker unions by a couple thousand armed men paving the way for a corporate capitalism presented as a third way against the supposed conflict of systems of the first and second world. The way fascism came to power in Germany involved the dissolution of the Communist Party, followed by overruling the social democrats, and their eventual banishment.

Revolution already became reality and needed to be destroyed.

It was the Communists, Social Democrats and members of the democratic opposition who ended up in the first concentration and labour camps in 1933. Although a rather tiny part of the NSDAP took socialism seriously, it was silenced in 1934 and Nazi Germany remained a thoroughly state-capitalist system until the end of the war. Socialism became a by-word for chauvinistic nationalism and Volksgemeinschaft. In both Italy and Germany, the regime was supported by the majority of home capital and the ruling class, as well as the international capital that made use of the military production, investment options and almost total destruction of the trade unions. Further examples, of Spain and other countries, show that fascist dictatorships were almost universally established in order to defend the capitalist system in a time where the continuing (relative) freedom threatened to end in revolution – or where the revolution already became reality and needed to be destroyed.

On the other hand, the development in Germany and Austria has showed the mistake of social democrats when – despite the working class being armed – they decided not to start a civil war. Their example led to liberal theoreticians, Loewenstein and Speier, concluding that in order to protect ‘democracy’ (meaning a capitalist, parliamentary establishment) it is necessary that militant organizations of police, army and the secret service are founded; organisations willing to defend the establishment against both the political left and right, using the same means as the fascists. At the heart of this theory, there is the thousand-year-old class chauvinism, claiming that matters of law and constitution are too complicated to be left to the people. Loewenstein claimed that people presented with solutions different from liberal ones are bound to act “emotionally”, and need to be made concessions to, or coerced by, means of ideological indoctrination – a sentiment echoed by Edward Barney when he described propaganda in a democratic society as public relations.

This liberal chauvinism, being a fundamental component of any class-based society, essentially states that the liberal republican order needs to be defended and kept in power, even against the people’s will, because people are not experts, and are too simple to understand this order of things is actually better for them. This theory has, however (and probably against the will of its authors), led to the effective inclusion of extreme right-wing, fascist movements and ideology, into the state institutions in the USA, and to the use of fascist tactics in order to defend “democracy”, particularly against the local left-wing movements in Latin America.

The left is as unprepared for the rise of fascism.

According to Chomsky, this area of history – almost unknown today to the public, thanks to the efforts of propaganda industry – beats the era of Stalinism when it comes to political repression and the US participating in political genocide. What this tells us, is that the left is as unprepared for the rise of fascism and as hell-bent on destroying it today, as it was in the past. Today’s fascism is slower to rise to power – among other things, there is no left threatening the ruling class that would need to be responded to with violence. But, it would be a mistake to think these methods remain safely in the past.

Extreme right-wing movements of today do not show signs of such a development. Compared to the eighties, most of the voter base of the far right would not support armed struggle and destruction of the parliamentary structure. Due to this, it is more important than ever to try to win over those voters that often hold chauvinistic opinions because of the lack of representation in the official public discourse, because of too-shallow analysis of capitalism.

Eliminate the phenomenon of echo chambers, and the mutual isolation of political and social groups.

In order for a real discussion to take place within a politicised public, it would be necessary to break the social norms of civic society and implement real socialisation: eliminate the phenomenon of echo chambers, and the mutual isolation of political and social groups. Such a discussion, where the freedom of speech and media space open to a wider spectrum of ideas, could stop – maybe even reverse – the rise of extreme right.

On the other hand, there is no need to be afraid to call the movements that show all the signs of emerging fascism, what they are, as opposed to legitimising them, using terms like “right-wing populism” or “alt-right”, or even accepting their chauvinistic and racist positions. For example, the “alt-right” in USA, with its chauvinism and ethnocentrism, shows all the signs of proto-fascism. Given the openly Nazi factions within (Richard Spencer), the mass support for it (almost 60 million) and the closeness to the weapons lobby, there is potential for these movements to turn into real fascist gangs of killers. If this comes to pass, the police and army will not save us from them. Whether this actually happens depends on the future – and the future lies in the hands of the people.

Translation by Michal Chmela. This article originally appeared on POLE.

Michal Andrej Molnár
Writer for POLE, a journalistic blog offering an alternative to the mainstream media.
> see other articles <