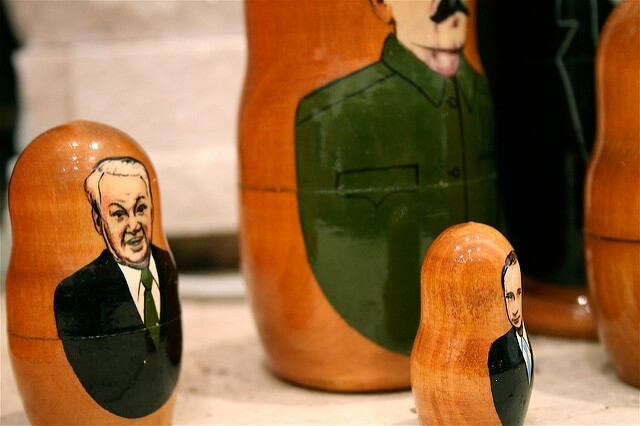 The general arguments of Olga Karatch’s “Russia’s instruments of control” are hard to contest. Belarus is highly dependent on Russia in many ways which is succinctly highlighted by the author. In addition to this, one could also invoke the fact that Belarus is a long-lasting participant of several integration projects being developed in the post-Soviet realm under the leadership of the auspices of Russia. For example, Belarus is one of the founding members of the yet to be finished project of economic integration, the Eurasian Economic Union, which has been spearheaded by its eastern neighbor. This therefore indicates the general orientation of the Belarussian elites. Besides this, another crucial aspect concerning Belarus’s entanglement in the Russian sphere of influence is their close military partnership.

Despite certain disagreements between Vladimir Putin and Alexander Lukashenko their collaboration cannot be rivaled today by any alternative geopolitical strategy, be it a closer cooperation with NATO or even the pursuit of greater autonomy.

However, I seem to feel a certain uneasiness about the initial assumption that the author made regarding Belarus’s ostensible shift towards the West as well as the veiled reference to the potential reenactment of the Ukrainian scenario in Belarus, which equally resulted in some of the author’s arguments sounding somewhat paradoxical. Initially, the author’s analysis of the Belarussian stance vis-à-vis Russia makes the presumption that Belarus remains relatively neutral in the current geopolitical context. This therefore allowed the discussion of Lukashenko’s attempts to “break the embrace” forced by Russia and thus the possibility of a deep rift between the two countries that might translate into a military conflict.

However, leaving the nature of Lukashenko’s political regime out of the equation only obfuscates the essence of Belarus-Russian relations.

With democratic procedures being significantly suppressed in both countries, the destiny of their political and economic relations is highly, if not exclusively, dependent on the personal relationship between the two leaders. The legitimacy mechanism, on which Lukashenko’s regime rests, seems to preclude any possible deep discord with Russia, not least due to the reasons enumerated by the author of the article. This same mechanism also makes reconciliation with the European Union quite improbable: the EU’s primary interest with regard to Belarus boils down to the (re-)installment of democratic rule in the country, while this ipso facto will inevitably endanger the personal rule of Mr. Lukashenko. Regardless of this, even assuming the intention of Lukashenko is to steer the country to the West, it remains unclear why he would decide to risk his own political future, especially having in mind the recent Ukrainian case, which clearly exposed the resolve of the Russian leadership to move swiftly from brinkmanship to military action.

In the meantime the West doesn’t seem to be ready to offer any viable incentives for Belarus to reconsider its policies except for the financial aid which occurs in times when Russia is undergoing a period of protracted recession. Nevertheless, economic cooperation with the West is highly unlikely to reach the point where there is potential for necessary political reforms in Belarus. At the same time, any kind of political project involving the EU and Belarus is doomed to fall through the abyss that exists between the two.

Finally, in this situation when almost all the power is effectively concentrated at the top, civil society can hardly be regarded as a possible source of alternative political projects. In the Belarussian case where there are no deep internal divisions, neither among the elites nor the general population, as were so saliently present in Ukraine, political polarization cannot occur feasibly in the current context. Therefore, the potential transformation of the country into yet another geopolitical battlefield hinges primarily on the destiny of the current political regime, and less so on the future of geopolitical forces which could bring the conflict of values into play.

All in all, the dependence of Belarus on Russia, indisputably, remains enormous. However, the tentative answer to the question of whether this dependence is the result of a home-grown political model or a protectorate forcefully imposed from the East seems to point rather in the direction of the former than the latter. Stronger ties with Russia, on the one hand, stem from the nature of the Belarussian regime, whose legitimacy is based on providing relative economic and social stability with the minimum of political reforms, which at the same time signifies an incompatibility between Lukashenko’s regime and the EU political standards. On the other hand, perplexed by the Ukrainian puzzle and weakened by numerous problems from within, the European Union seems to be currently unfit for devising an effective model of cooperation with Belarus that could steer the country away from the Russian sphere of influence.

At the same time, while the power in the country has been consolidated in the hands of a select few, or even just one, the leverage left to civil society is, sadly, minimized.

It will probably remain this way until serious cracks appear in the ranks of the Belarussian elites. Thus, the main challenge in Belarus will inevitably be associated with the sustainability of the current political regime, which doesn’t seem to be too eager to break its marriage with Russia, but rather to squeeze the money out of it by means of extortion and coaxing.

Kirill Repin
Kirill Repin holds an MA degree from the University of Siegen (Germany), which he obtained in the inter-disciplinary program "Roads to Democracy(-ies)". His completed his BA in International Relations at Nizhny Novgorod State Linguistic University (Russia).
> see other articles <