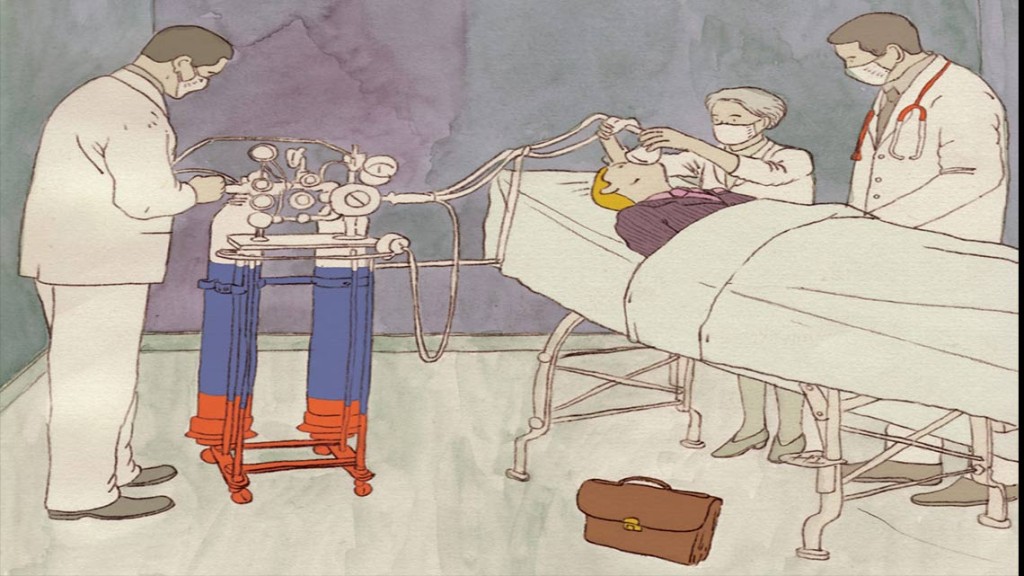 Surprisingly, only a few people would argue against the opinion that something is wrong with democracy in its current form. There appears to be an almost universal agreement that it is afflicted with a certain inner emptiness –  although we have democratic institutions as well as a general political framework, we are still missing the crucial thing, namely active and engaged citizens, or simply: democrats. But what are the actual causes of this condition? Everyone seems to agree here as well: the main problem lies in our communist past – citizens are passive and indifferent because they have still not managed to extricate themselves from the constraining mentality of the Normalization-era regime, they still have not been able to fully embrace the new political situation and really internalize their freedom.

The promiscuity of the free market

This narrative is now so widely accepted that it is slowly becoming a new national myth. Its attractiveness lies mainly in the fact that it has a comforting character – our current problems are the result of the communist regime, or alternatively of the botched up transition from communism to a free market economy. But what if reality is much more prosaic and a large part of our problems naturally emerges from the contradictions and paradoxes of our very own situation? What if it is, on the contrary, the consistent exercising of liberal capitalism, the dominant moving force of the present, which poses the greatest danger to our democracy today and threatens to corrupt it?

Probably the favourite argument of the supporters of unrestrained capitalism is the claim that free markets are intrinsically democratic, and therefore it is necessary to unite democratic government with their principles.

But what exactly does it mean to say that markets are “democratic”? If this statement has any meaning at all, then only as a metaphor – we can only label a free market as democratic in the same way that we can label, for instance, death or the law of gravity as such.

They also apply universally and to all, regardless of age, gender, or religion. But that does not mean that in a democratic society, politics should be built on principles taken from pathology or Newtonian physics. The rules of the democratic decision-making process have their own criteria and rationality, which cannot be derived from any other area of knowledge, and this includes the sphere of the market.

But the alleged democratic nature of capitalism can be called into doubt for another reason as well. It does not follow from the fact that economic rules are applicable universally that markets must necessarily be just. To claim such a thing is a logical fallacy, similar to claiming that a struggle of a robust, and perhaps even armed soldier with a defenceless youth is just, because both are subject to the laws of physics and biomechanics. It is, after all, well known that capitalism has, in modern history, occasionally been connected with authoritative regimes. Therefore it appears likely that the global market system has no political affiliation in and of itself, but can be built on any inequalities that lend themselves to economic exploitation. This promiscuity and adaptability can also be seen as a “democratic” property of sorts.

The principle of endless privatization

On closer examination, it even appears that not only is it impossible to simply equate capitalism and democracy, but also that they are actually founded on opposing principles. For democracy, this principle is the polity, i.e. a wider community of people who share the same culture, live in a shared space and together organize and govern this space. In other words, democracy is concerned with the whole polity as a specific autonomous community. From this perspective, that which is held in common has a greater value than the private. It is not by chance that the word “private” comes from “privation” – the private is something, which from the point of view of democracy lacks something crucial; it is something that is deprived of its public, i.e. political dimension.

Capitalism, on the contrary, is built on quite the opposite principle – if it is sometimes labelled as a system that needs to constantly grow and expand for its own survival, then the basis of this dynamism can be described as a perpetual process of privatization. The most obvious type of privatization is of course that of public goods, or in other words that, which the polity puts at the disposal of its citizens. This does not mean just a particular railway station or hospital, but the whole transport, pension, or educational system. All of these are not just isolated patches within the polity, but its vital parts. If we thoroughly privatized all of these areas, then the whole polity, and possibly the whole public sphere, would dissolve.

However, there is another form of privatization which is more effective, more lucrative, and less obvious – the privatization of democratic administration as such.

In this case, it is not public goods that are privatized in the first place, but the decisive processes that should take care of these goods. The result is that public affairs are directed not in the interest of the polity, but in the interest of private economic entities, which financially profit from this activity. This privatization of democratic politics and its mechanisms is generally known as clientelism and corruption.

But the mechanism of capitalism is not depleted only through these two forms of external privatization. At least of equal importance is an inner privatization, the privatization of the individual and his or her consciousness. Here we are dealing with privatization in the sense that specific people identify less and less with their wider community, i.e. they cease to be solidaric with one another, they cease to understand the idea of collective responsibility and sharing, the idea of public affairs and their common administration.

This erosion of citizenship is actively engendered by the capitalist system in two ways, both of which are directly financially profitable for it. The first one can be seen as the attempts to cut citizens off from any social securities, which occurs in the name of increasing labour productivity. But if people primarily consider one another as competitors in acquiring means of subsistence, then they can hardly be expected to display feelings of solidarity and belonging. In the same way, if they are primarily afflicted with worries about their everyday survival, then they cannot be expected to take a long-term and cultivated interest in public affairs, let alone actively engage in them.

But apart from this internal privatization of people through their work, there exists also privatization through leisure and free time. The constant pressure on expenditure, on the consumption of the greatest possible amount of goods, is of course motivated by a desire for profit – the more people consume, the more capital thrives and prospers. But consumption is the highest when nothing is shared and everyone consumes individually. Sharing, which is naturally the most effective way of making use of things, is from the perspective of capital the least effective way – capital does not prosper and the economy does not grow where things are shared and used reasonably. The ideology of liberal capitalism is in its core nothing but the ideology of consumption. The democratic freedom of political engagement is subordinated to the freedom of individual consumption. Irresponsibility, indifference, and the care for purely private affairs, which are so destructive for the functioning of democracy, are the best possible conditions for capitalism.

Yes, democracy today is truly threatened by an internal emptiness. But the question is whether the causes still lie in the “communist mentality” or the Normalization regime, brought down so spectacularly more than a quarter of a century ago.