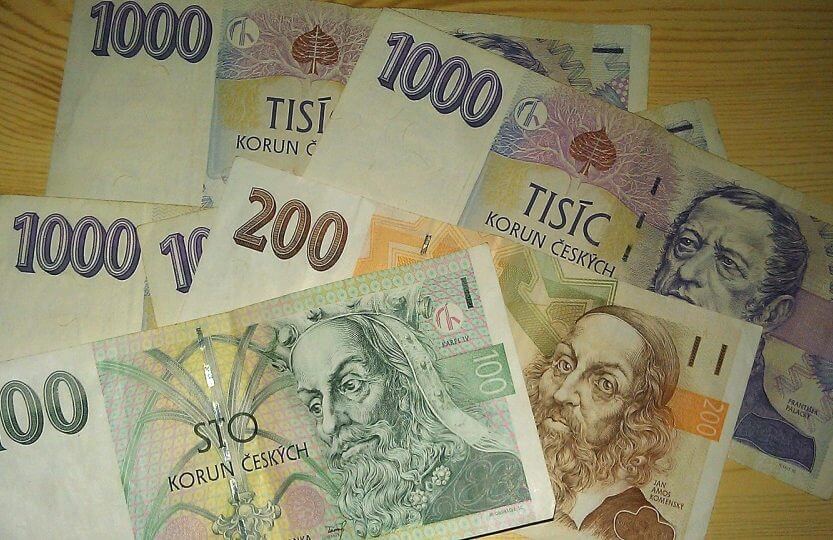 Recently published macroeconomic data in the Czech Republic have poured optimism into the veins of the tired employees of the cheap peripheral assembly line. All indicators are growing. The productivity of work is growing, as is the economy and wages. These optimistic statistics were further boosted by the visit of the head of the OECD, the organization that brings together developed economies, who more or less praised the Czech Republic and indicated in what ways it can grow further. The most positive piece of information was about growing wages. The average wage has climbed up to twenty-six thousand crowns (ca. 960 EUR), while the median salary is now twenty-two and a half thousand before tax (ca. 832 EUR). That’s how much a person exactly in the middle of the working scale receives. You can live on it, though badly.

Economic growth in itself does not change the social structure, which works to the advantage of those at the top.

The comparison of the social situation in the Czech Republic with the 1930s in Germany, which began in the autumn of 2008 with the onset of the economic crisis and marches against the Roma in northern Bohemia, is slowly nearing its tenth anniversary. We probably won’t make it into a fascist dictatorship by then, as the parallel would suggest. The economic crisis has – at least for a while – slackened, and although tolerance towards racist and hateful attitudes and expressions has definitely not decreased, mass arming or sending “those unwilling to conform” to concentration camps is not on the horizon. Not that there would be no interest in such things in the Czech Republic, but after all, there is more money than a few years ago and the need for radical change has been temporarily postponed.

Here the world is still OK

Statistically summed up, growth still represents a field of certainty in which our efforts will be justly rewarded. Just like the supermarket chain Globus, which assures its customers in its multi-acre car parks that “Here the world is still OK”, the growing performance of the economy promises that next time, we’ll be able to buy a little bit more and that we don’t have to change anything about this assumption. The debate about hard economic data sidelines any trivialities and together with the suits in TV studios, we find ourselves in a world where nothing exists apart from economic performance. The world suddenly has clear rules, almost like chess, or perhaps more like a computer game, in which success is dependent only on a well-selected strategy.

This autistic property of statistical ceremonies was not shaken by the economic crisis, the global climate crisis, or the political crisis, which culminated together with the wave of refugees from the Middle East. Growth expressed in numbers still works like the symbolic house that children build in pre-school by joining their hands above their heads. The carefree warmth of the end of history is still to be found in the reciting of economic stats.

The period of crisis did not lead to the striking success of any far-right party in the Czech Republic. Rather, it became apparent that politicians from regular parties have no problem with extremist opinions.

But the period after the crisis has also been connected with hatred-filled marches. The target are immigrants instead of the Roma, but public squares are once again resounding with rhetoric about parasites and newspaper commentaries are still filled with references to the 1930s in Germany. Yet the period of crisis did not lead to the striking success of any far-right party in the Czech Republic. Rather, it became apparent that politicians from regular parties have no problem with extremist opinions. The statistical map of the popularity of the far right is thus uncommonly favourable to Eastern Europe. And that is also because the term “populist right” was created for the purposes of Western Europe, while in this region, such an agenda is reliably taken over by parties that describe themselves as traditional. And so while France has, thanks to Marine Le Pen, a roughly 30% support rate for the far right, the Slovaks with their seven per cent for Marian Kotleba’s Our Slovakia and the Czechs with not even seven per cent support for Tomio Okamura look like fundamental democrats.

Panic in times of growth

This year’s statistical report card was handed over to the Czech Republic by the head of the OECD, José Ángel Gurría. This apolitical supporter of free trade, and one of the architects of the North American free trade zone NAFTA – which Barack Obama once called good for high street, but bad for main street (once he was elected President, he adjusted this opinion) – held a mirror up to us. We have to choose for ourselves now how to proceed in this situation and increase prosperity. Bliss derived from encouraging economic data is one of the few positive collective experiences available to all. Allegedly we can be proud of ourselves for our economic performance and well conducted transformation.

Eighty per cent of Czechs work for a wage between twenty and forty thousand crowns. Those who have their own flat and don’t need to pay rent, have at the most one child and an employed partner, are well off enough to put aside something for worse times to come. But a third of Czech households have not worked their way up to being able to save money and probably won’t any time soon. Economic growth in itself does not change the social structure, which works to the advantage of those at the top. Growth does not give anyone the certainty that in worse times, they will not have to work the whole day for a food voucher, which is something that happens in peripheral locations like Karviná even today. The neoliberal theory of the trickle-down effect from the richest to the poorest works precariously in times of prosperity. But as the last crisis showed, in hard times, the tightening of belts affects mainly the poor. The asymmetrical structure of society divided into the super-rich and the rest is not in any way influenced by temporary growth. Growth after the last crisis, which financial capital only profited from (in contrast to public services), is not a return to pre-crisis times nor an improvement of the social situation. Tension cannot be reduced if inequality does not decrease and growth without a more just distribution of resources does not guarantee anything that would reliably prevent insecurity. Panic and its accompanying propensity towards fascism is a part of capitalism also in times of growth, as straightened circumstances are only temporarily postponed.

Pavel Šplíchal is an editor at A2larm.cz, where a version of this text was originally published. Translated by Veronika Pehe.