The Czech Republic is facing a crisis. Patriotism is in decline, non-profit parasites keep brainwashing our stout folk with fascist neo-Marxist liberal propaganda and the baleful bureaucracy in Brussels weaves evil schemes to get us all murdered in our beds or – worse – converted to Islam. What is a proper Czech to do in the twilight of the nation?

Defend the motherland, obviously! Thankfully, there are plentiful possibilities to do just that. For example, one could join a militia. According to mainstream news, there is currently no less than sixty two bands of brave, patriotic souls willing to sacrifice their leisure time in order to do learn how to shoot a gun, wave a knife, guard the streets from scum with the wrong skin color and go clowning around in the woods around our borders in hopes of catching a glimpse of an illegal immigrant and consequently, in most likelihood,  accidentally wiping themselves out due to sheer bloody trigger-happy excitement. 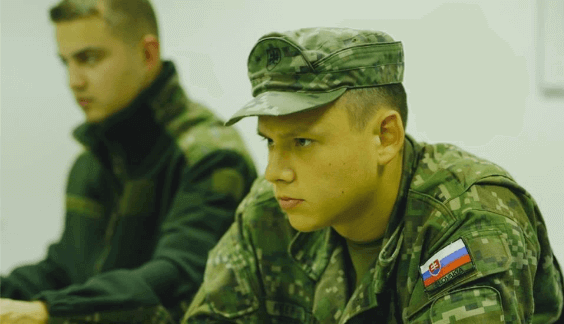 But make no mistake, the defense of our country is in capable hands. The militias run a coordinated network for mutual benefit, education and sharing the latest immigrant-killing tips. If you are not the killing type, fret not – the brave defenders of our country can always use a hand in distributing materials to enlighten the public in the matters of, say, the imminent World War Three (somewhat curiously more concerned with an alleged smear campaign on Russia than the safety of this country) which was supposed to start in April. The pamphlets make for quality reading in general, covering topics as wide as Slavic supremacy, historical analysis of the Hiroshima and Nagasaki nuclear bombs as a tool for the cowardly Truman to blackmail glorious Stalin, prophecies of Muslim uprisings in Europe and newly decided allocation of land in Prague for small gardens. In short, it has everything a budding patriot will ever need for their personal and cultural growth.

In case of lack of faith for  local effort backed with Russian money, there are alternatives. A properly patriotic group we are proud to host on Czech soil is the Soldiers of Odin – because nothing says Slavic patriotism like picking an English name with an Germanic (immigrant!) god in it. These folks were apparently inspired by a Finnish group of the same name (alas, Odin was an immigrant there as well) and going from their Facebook page, they appear to be total wimps, claiming to be neither a religious, political or militant organization, which kind of begs the question of what is the point of their existence in the first place. Turns out they specialize in lurking around empty streets looking menacing after dark.

They are a growing industry, though: just a week ago, a new Facebook page popped up for a Moravian branch of this organization and it already boasts a whopping seven likes. However, it would not do to underestimate them; while it still remains unknown whether the Finnish core group is even aware of the existence of the Czech branch, proper patriots can sleep easily knowing that in case of danger, we can always import soldiers from abroad.

For those more nostalgically-minded, there is Pro-Vlast (For-Country), which solves the ever-present issue of one feeling patriotic and not wanting to get their hands dirty. Their Facebook page provides a newsfeed that combines news carefully-picked to be of importance to the proper Czech (i.e. crimes committed by immigrants) and a steady flow of pride for our great country provided by (mis-)remembering events that took place in the Middle Ages. If you ever felt the need to dilute the constant adoration for Trump and Orbán by a good dose of the Battle of Crécy (in which, somewhat bafflingly, the blind Czech king and his army got mercilessly slaughtered), look no further.

Pro-Vlast also organizes many, many publicly beneficial events such as spring cleaning of the abandoned WW2 bunkers scattered all over the country, pro-gun rallies and anti-immigrant boating trips to the Mediterranean (although it should be noted the two chosen heroes did not actually manage to board that ship, better luck next time). The more suspicious patriot will also appreciate the fact that this is one of the very few groups of proper Czechs not hell-bent on spreading Russian propaganda; as far as this survey can tell, the hate served by Pro-Vlast is 100% home-grown and only directed at the truly deserving, i.e. Muslims, homosexuals, feminists, NGOs, the EU and a couple political parties that committed the grave mistake of participating at the Prague Pride.