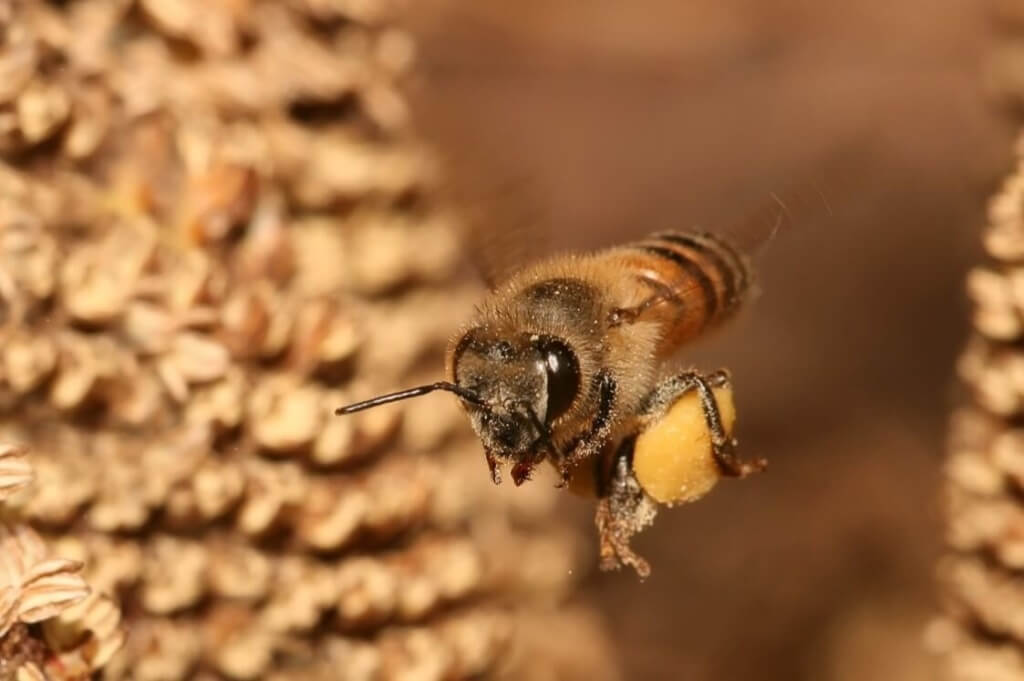 According to the Ministry of Agriculture, Greenpeace is “creating a panic” by talking about the serious risks of using neonicotinoid insecticides. The European Commission, the Hungarian Scientific Academy and the European Food Safety Authority, however, all believe that neonicotinoids are risky. A few weeks ago, the Commission on Sustainable Development heard arguments from the Ministry of Agriculture, the scientific community and Greenpeace on whether these chemicals, which are regarded as dangerous to bees, really are essential to Hungary.

Greenpeace argues that chemical manufacturers were the ones inducing a panic when they threatened billions in damage and massive job cuts in the event of a ban two and a half years ago, before the restriction of neonicotinoids came into force. The intense debate was preceded by the suspension of the use of certain insecticide chemicals in 2013 by the European Union, despite strong protest from the Hungarian government. The chemicals (imidaclorid, thiamethoxam and clothianidin), which were suspended for three years, pose a threat to honeybees, carpenter-bees and other pollinators, which is why their use has been temporarily banned in the cultivation of crops attractive to bees. The final decision is expected some time at the beginning of next year, but it is already evident that the use of beekilling neonicotinoids is of particular importance to Hungary.

These chemicals are not only responsible for the continuous population loss among bees and other pollinator insects, they also pose a serious risk to ringed worms, which are essential to the preservation of soil fertility.

The Ministry of Agriculture and contributing experts at the National Food Chain Safety Agency want to show that the ban has no positive effects, and that it is harmful not just to farmers, but to pollinators as well. Meanwhile Hungary– has asked for an emergency derogation – although for a relatively small territory – for the occasional use of prohibited neonicotinoid seed treatment chemicals, permitting them their use in the cultivation of corn and sunflower seeds, both of which are attractive to bees.

Under the terms of a separate agreement, the seeds would also be treated in Hungary, where they would be coated in chemicals before being exported to Ukraine, where the EU ban isn’t valid.

According to the Ministry of Agriculture, “despite the panic-inducing statements of Greenpeace, based on many years of experience there is no indication that the use of seed treatments causes any harm to bees…”. However, the restriction of neonicotinoids was proposed by the European Food Safety Agency (EFSA) and their opinion was shared by international beekeeping organizations and the majority of the scientific community as well.

The threat posed to bees by neonicotinoids is not just the opinion of a few radical Greenpeace workers, despite what the Ministry of Agriculture says.

Confusion at the Ministry of Agriculture?

At the conference of the Hungarian Crop Protection Association, held at the Ministry of Agriculture, it became clear that the Ministry’s decision-makers and the leaders of the National Food Chain Safety Agency are still ignorant as to why scientists, green activists, beekeepers and the EU want to restrict the use of these chemicals. Statistics were presented at the conference showing how the number of bee-poisoning cases has not dropped since the implementation of the restriction, but illustrating the effect of neonicotinoids with bee mortality statistics presented at the conference is like measuring the effect of smoking by asking how many die after smoking a single cigarette, instead of researching lung cancer.

Apparently, Hungarian decision-makers are not evaluating the situation based on the EFSA-report detailing the long-term negative effects neonicotinoids have on bees, even though it was supposedly reviewed by them and was repeatedly explained to them by scientists and Greenpeace activists.

There is plenty of evidence

Inspections clearly show that used properly, neonicotinoids don’t kill bees immediately, but they do harm their orientation, their ability to gather food and find water, and they weaken their smell memory.

Beekeepers are not reporting on dead bees around their crops, but rather on the disappearance of worker, gatherer bees, which often leads to the death of the whole bee family, since these bees were the ones feeding the family.

The harm caused by neonicotinoids in the short term is already far greater than the possible cost of their substitution.

According to a new British study, pollinator insects come into contact with neonicotinoids on wild flowers more often than on nearby fields of canola, because the chemicals spread and absorbed in previous years decompose very slowly. The 2014 comprehensive report of the International Union for the Conservation of Nature (29 researchers looked over about 800 studies on neonicotinoids for four years) found that neonicotinoids, which are the most commonly used insecticides worldwide, are almost as dangerous for the environment as the infamous DDT.

They found that these chemicals are not only responsible for the continuous population loss among bees and other pollinator insects, they also pose a serious risk to ringed worms, which are essential to the preservation of soil fertility.

The government’s trump card in the face of the neonicotinoid ban is that since its implementation the use of the chlorpyrifos insecticide (as well as soil decontamination chemicals), which is even more dangerous for bees, has significantly increased since 2014. However, they have only provided aggregated information on this, which hasn’t been broken down into crops affected by the ban (sunflower, corn, canola), so at present it is only conjecture that the increased use of the aforementioned chemicals is the consequence of the neonicotinoid ban, especially since there is no similar data in other countries.

Data concerning the use of chemicals is not classified in the United Kingdom, where it is possible to ask for information broken down into categories of chemicals and crops. Their numbers do not indicate an increase in 2014; in fact, the complete use of insecticide (including chlorpyrifos) has been reduced. The use of chemicals was reduced among canola crops in 2014 as well, even though previously this crop was treated with neonicotinoids.

There was no drastic increase in the use of insecticides in France either, so it seems that we are facing a a phenomenon that is inexplicable and exclusive to Hungary, and which cannot be traced back to the neonicotinoid ban.

The increased use of chlorpyrifos is unacceptable and demands an explanation. Greenpeace has recommended the withdrawal of the dangerous chemical several times, since it not only poses a risk to bees, but can harm the development of the human nervous system as well. The increased use of chlorpyrifos in Hungary, while many international green organizations are demanding a global ban on the chemical, is the responsibility of the Hungarian authorities. The United Kingdom has even banned most of its applications this year.

In many countries, the use of pesticides was decreased with simple methods such as the legislation of crop rotation. However, according to the Hungarian authorities, this ancient method can’t be implemented in Hungary, as it would make the profits of farmers working with monocultures insecure.

Who exactly is creating the panic?

Before the ban, the representatives of the pesticide industry had continuously said that the withdrawal of neonicotinoids would cause incredible damage: the Humboldt Forum of Food and Agriculture and representatives of the industry put out a joint study, stating that “Hungarian agriculture could suffer a 70-85 million euro loss due to the ban on neonicotinoids in the European Union’s economy, which would put 50 thousand jobs at risk.”

Despite all this, no one has reported any damages since the ban, and in 2014 (the year of the ban) the average yields per hectare of the three major crops grew significantly.

Recently, an article was published on the Academy’s website, in which academics state that neonicotinoids unnecessarily destroy pollinators and thus cause economic damages. According to the article, the European Academy’s Science Advisory Council’s study states that “Several new studies show on the level of agricultural ecosystems that neonicotinoids can affect useful organisms more negatively than pests, which means that chemical treatments could actually end up causing net losses in crop production. The current preventive use of neonicotinoids is not compatible with the basic principles of integrated pest management emphasized in the EU’s directive concerning pesticide chemicals.” This was confirmed by new research that found that neonicotinoids are deadly for ringed worms as well, which are essential for soil sustainability.

In our opinion, there is no emergency in Hungary that could justify the authorization of the use of neonicotinoids as these chemicals could be substituted with other chemical or non-chemical pesticide methods. Not only should they not be brought back gradually, by way of case-by-case authorization, but (if we don’t want to cause irreversible damage to our natural resources) their use should be even more severely limited. The harm caused by neonicotinoids in the short term is already far greater than the possible cost of their substitution.

The author is an environmental chemist and collaborator of Greenpeace.