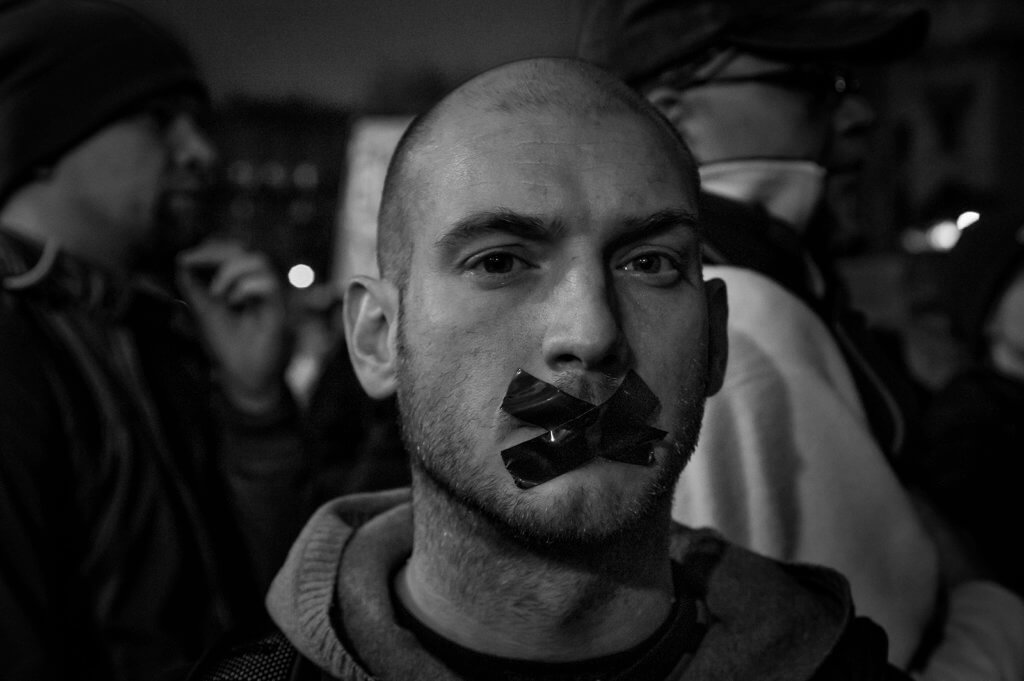 Photo by Béla B. Molnár

On Saturday Hungarians woke up to the sudden death of the country’s oldest and largest broadsheet daily, Népszabadság. The website of the newspaper was shut down, its journalists were notified of their indefinite suspension via a messenger, their e-mail account and personal belongings were blocked. The publisher of the paper, Mediaworks, owned by Austrian Vienna Capital Partners, justified the move in a press release claiming that Népszabadság accumulated unsustainable financial losses – information that was quickly disproved by other media organs.

In August we already reported on Political Critique about the rumors concerning the takeover of Népszabadság and the regional papers belonging to the same publisher. Back then we thought that this would be a gradual takeover, with Népszabadság losing its left-wing and oppositional character and being integrated into the media empire of the governing party, Fidesz. As it turns out, a different decision was made: the current owner would destroy the daily while the rest of the portfolio – the popular regional papers with embeddedness in the countryside, plus the largest sports daily – could be played over to the business circles around Fidesz.

“We are at war” – declared one of the journalists of Népszabadság. And that is precisely the situation.

Népszabadság was one of the most accurate critiques of the government. It reported systematically and with high quality on the situation of workers, the crisis of the educational system, the health system, and the social services. And it did impressive investigative work uncovering many of the shady dealings of Fidesz politicians and businessmen. Just in the last couple of weeks, the paper reported on the extramarital affairs of the governor of the central bank and the luxurious travelling practices of a senior minister. Népszabadság broke the story of György Matolcsy, at the helm of the central bank, who hired his mistress to senior positions in the bank, and beforehand at the Ministry of Economy, offering her conspicuous public salaries.

All these stories made a tour of all the other media outlets, amplified by online and social media. Without this work, the Hungarian public will be much, much poorer.

On Saturday evening, thousands of angry citizens gathered in front of the Parliament to show their solidarity with the journalists and editors of Népszabadság, and to protest against its destruction. It is improbable, however, that the decision can be reversed. All throughout the weekend, the editor-in-chief conducted failed negotiations with the management trying to achieve the re-opening of the newspaper. The journalists, editors and contributors are set to remain together and are trying to find a solution to take Népszabadság further, but in the media landscape created by Fidesz this seems increasingly difficult (although we should not doubt the perseverance and creativity of Hungarian journalism’s finest).

As mentioned previously, Mediaworks management claims that the paper is not viable in market conditions, but this argument is bogus. The Hungarian media scene has nothing to do with the market. Currently there are only one or two outlets that are actually living from their earnings. The rest is either at loss but sustained by larger, profitable corporations or – and this is more and more the case – belongs to the Fidesz empire and is funded with taxpayer money, through generous government handouts.

Furthermore, Mediaworks’ claims are undermined by their own past actions. In the last couple of months the company hired a large number of new collaborators, and invested in the expansion of the newspaper’s online edition, and the re-design of the print edition.

The manner of shutdown also discredits the market argument. How can one believe that there is any rational business calculation in failing to notify subscribers about the complete shutdown of the paper?

It is without doubt that we are witnessing a massive infringement on the freedom of the press. The 2014 takeover of Origo, one of the largest news sites, owned at the time by Deutsche Telekom, as well as the 2015 takeover of the second largest commercial TV channel were precedents in this respect. But behind these singular events we can see a so-called “long con” in which Fidesz is shaping the media landscape so as to make independent journalism impossible. The destruction of Népszabadság was also prepared years in advance when the media authority set up by Fidesz made it impossible for the previous owner, Ringier, to retain ownership over the paper, hence being forced to sell it together with the regional papers to the Austrian firm that now seems to be in cahoots with the government.

It is a “long con” with the ultimate objective of annihilating the dissemination of unbiased news and autonomous opinion to the people of Hungary. During times when the publicly-funded news channel reserved 95 % of its airtime to supporting the government agenda in the recent referendum campaign (an independent study reported this just a few days ago), the destruction of Népszabadság is not only an attack on the freedom of press, but also an attack on the people of Hungary. As the philosopher Gáspár Miklós Tamás said in his short speech at Saturday’s protest, “the leaders of the Hungarian people are the enemies of the Hungarian people.”