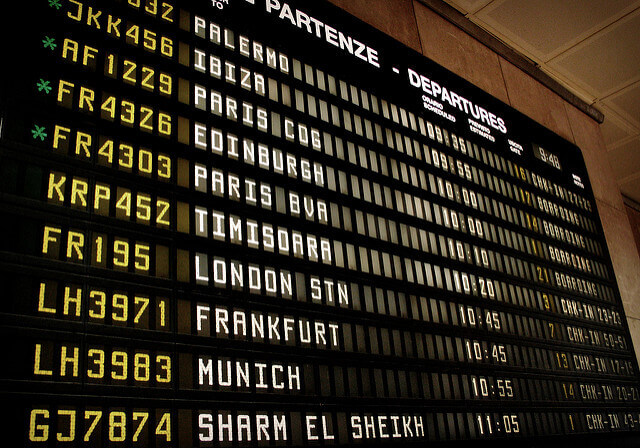 Dalma Simai lives in Miskolc, Hungary, and she feels like she has no other choice but to leave the country. At Kettős Mérce, we don’t usually publish our readers’ letters, but we made an exception with Dalma’s, since her story is so similar to the stories of millions of Hungarians, who face deep hopelessness in their everyday life and who usually have to accept that their stories, wishes and problems are addressed neither in politics, nor in public discourse.

At Kettős Mérce, we don’t usually publish our readers’ letters, but we made an exception with Dalma’s, since her story is so similar to the stories of millions of Hungarians.

Dalma is not the only one whose personal experiences show that not only can’t the younger generations dream “big dreams” these days, but they can’t even dream about having a proper holiday anymore. That for many, getting a university diploma is impossible financially, but even a diploma and hard work are no guarantees for being able to plan a family in financial security. Dalma’s answer to this is leaving her home forever, but our hope is that young Hungarians will be able to dream big once again in the future!

„I live in Hungary and can hardly wait to move to the UK. The reason for this is simple: I have no other choice!

I am twenty years old and live in Miskolc with my boyfriend and his family. I have one sister, who still lives with my mother at an acquaintance’s home as a favour. My sister is studying to be a medical worker at a prestigious school in Miskolc, and my mother works in a kitchen.

I started university after graduating high school, I wanted to be a Hungarian and ethics teacher. I chose this major because it was advertised as a place where you could get a large scholarship, and because I like to talk and I like literature as well.

At the Pedagogic Faculty we recieved scholarships from the Klebelsberg Institution Maintenance Center.

(The Centre was founded in 2012 with the goal of placing all administrative and managerial tasks of all Hungarian schools under one umbrella at the institution, which is controlled centrally by the government. Since its inception, the Centre has worked very poorly, is underfunded and understaffed – one of the main reasons why thousands of teachers and students started a protest movement last year.)

They told us that we would receive the scholarship by last November retroactively at the latest (they only informed us of this after we called them), and afterwards we would receive it every month regularly. The last time I received this scholarship was in March, when I had already decided that I couldn’t go on like this.

I was working whilst going to university, even though there were days at the Pedagogic Faculty when we had classes from 8 AM till 7 PM, since we were completing undivided training in two different majors at once. I don’t want to mention how much my salary was, but I will say that it wasn’t enough to make a living, not by a lot. My boyfriend’s parents have been very lovely, they didn’t even ask me to pay for the overhead expenses, but this can’t stay like this for the next six years. Why on earth would I stay in a situation like this? Why would I want to watch my working mother’s and my smart sister’s suffering for who knows how long?

I want to be able to have big dreams after getting a university degree – this shouldn’t even be a question, it should be natural!

I left the university after one semester, after I didn’t recieve a single forint of my scholarship during that time and I had to accept a full-time job. My decision wasn’t made based on the lack of scholarship only, but mostly because of the instability and financial insecurity of my life. I didn’t see any perspective in front of me, and how could I live off the generosity of my boyfriend’s parents for the next six years?

I can’t even be optimistic about the time after getting my diploma. I see how many of my teachers live in rented flats, or far away from their school, or with their parents (even at the age of 40 or 50), and I see that they don’t dare to have more than one child, that they also don’t have their own apartments (and if they do, they got it with someone else’s help). I want a house and I want children, but I don’t see anyone around me who was able to achieve all that without a loan, or from their teacher’s salary, and none of them earn even a little bit more than the average wage.

I don’t want to complain my whole life about how I can’t afford anything. I don’t want to say that my holiday this summer was going to the beach in the neighbouring town and that was it. I want to be able to have big dreams after getting a university degree – this shouldn’t even be a question, it should be natural!

I don’t see the end. Or more accurately, I didn’t see it. My boyfriend, Balázs, is studying to be a programmer and will graduate in March. He already wanted to move to the UK last summer, but he met me, so he stayed and learnt another profession.

He always wanted to go to the UK, but I was so happy about going to university that I couldn’t see why. That half a year that I spent studying made me realize that there was no future there. I can’t do this any longer, and I don’t want to either. I don’t want this life for my children – how could I give birth in this country? I don’t have any opportunity to study (and not because of my brains, after all, I got into university), and so I don’t have any opportunity for a better life.

I can’t think of a single reason that would motivate me to stay here. As soon as we have stable jobs in the UK, and my sister finishes school, she and my mother will follow us.

We aren’t planning on coming back. Even though Balázs is also only 23 years old, we have already had enough of this insecurity and of only living day-to-day.

Currently, I am taking a course financed by the employment centre, where I recieve a salary and which also gives me a certified profession at the end, so we will have enough money to make the move. March is still far away, and we know that it won’t be easy, but we still think that things can only get better, even if we’ll have to work as dishwashers – although this seems unlikely as we both speak English. And neither one of us is a timid or unsure person, so I’m sure we’ll be able to manage.

Until then I would advise everyone to think about how long they want to stay in this situation. The advice I would give everyone is to dare to want more from life. We deserve more. Not just more money, but more decency, more motivation, more respect and more attention.”