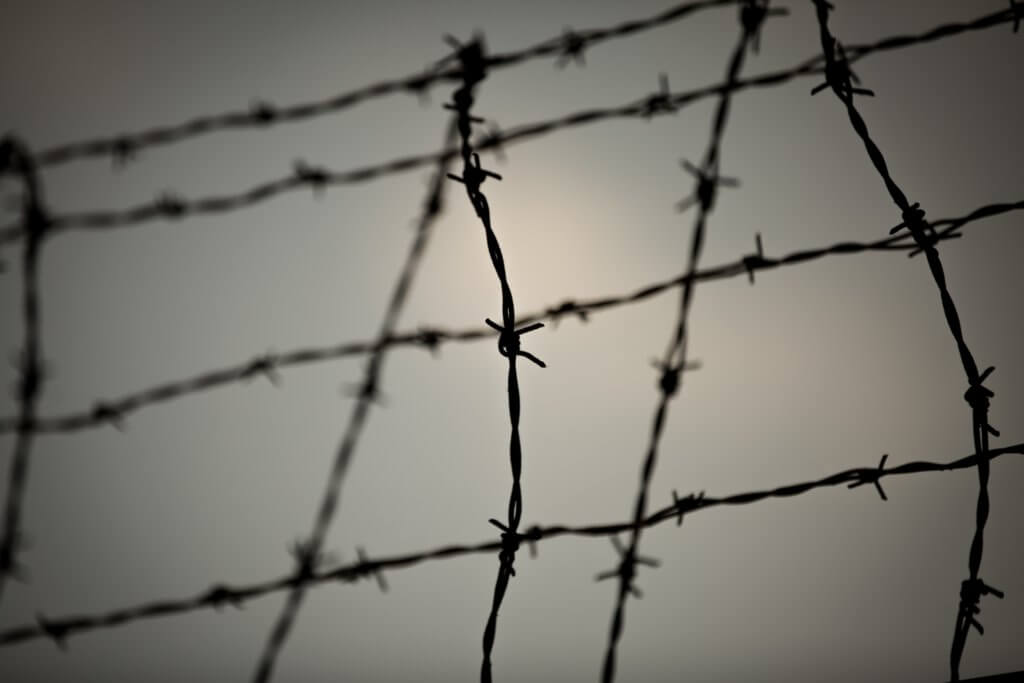 Last September the Hungarian government finalized the lockdown of the Hungarian-Serbian border, in an attempt to stop people from the Middle East seeking asylum in the European Union. Besides the construction of a sharp wire-fence, the government adopted an entire legislative package that turned irregular border crossing a criminal offence and strengthened the so-called ‘anti-terorrist’ powers of the state. But contrary to the official claim that this was a measure of ‘protecting’ the Hungarian people, the role of the fence and the new regulation surrounding it was to set the ground for the anti-refugee propaganda by artificially fueling conflict between migrant and the Hungarian authorities. And to produce show trials that in the framework of which Ahmed H., a Syrian man was convicted to a 10-year prison sentence last Wednesday.

In all fairness, Ahmed H. probably had to be convicted: he threw a couple of objects at the police – although there is no evidence that he hit anybody, and even the objects he throw are not clearly identifiable in the video recordings of the clashes that took place last September at the Röszke border crossing. We know, however, that at a certain point he was using the megaphone at his disposal to calm people, and in other cases to encourage his fellows to cross the fence. If we look at Hungarian law, the maximum penalty he ‘deserved’ was a suspended 2-3-year sentence. But he became the embodiment of the “terrorist-migrant” disseminated aggressively for months by the government, and this transformed everything. The court which convicted him referred to his religion (!) as an argument, and thus it made the ruling into a racist one. Ahmed H. was convicted for 10 years so that the government can prove the existence of the threat it was scaring Hungarians with.

The horrible situation of Ahmed H. is now made even worse by the fact that the Hungarian judiciary willingly assisted this propaganda machine.

Before the new ‘anti-terror’ package Ahmed’s public defender declared that no terrorism charges had been brought against his client. Ahmed was arrested after the Röszke clashes, but was questioned only as a witness, and was asked no questions that would have pointed to a potential charge with terrorism. But last November, his public defender was suddenly changed, and in a couple of hours he ‘became’ a terrorist.

During the trial the witnesses of the defense were not heard. There were many foreign journalists claiming that Ahmed H. was not inciting violence, but rather calming the crowd, however, the court refused to hear them, and decided to rely only on the testimony of the police.

This is how Ahmed H. got to this terrifying sentence. Through his wife, he already had legal residence in the EU for the last 10 years, he ended up at the Hungarian-Serbian border, because he was trying to help his family and his sick mother to enter the territory of the EU. He ended up in prison despite the fact that a couple of days after the clashes Hungary opened its border with Croatia, and was transporting everybody to Austria by bus.
But these aspects are irrelevant, when it comes to the government propaganda trying to make example out of somebody. When the authorities are trying to demonstrate that Hungary is facing serious threats from terrorism.

Ahmed H. was sentenced to 10 years in prison despite the fact that his only crime was using a megaphone and throwing what might have been a couple of stones at the border police. In turn, the extreme right-wing leader, György Budaházy, whom the authorities charged with repeated acts of terrorism (including detonating bombs) was sentenced for 13 years in prison.

Whatever we may think about these two verdicts, the proportions are speaking for themselves: 13 years for bombs, 10 years for stones.

Ahmed H. might have had to be convicted, even if we know that it was an overt provocation, a setup in which he ended up. But a 10-year sentence for such an act is nothing else than the subjugation of the judiciary to the propaganda of a political party, and the destruction of a man’s life.

This silence shows that if the propaganda is loud enough, anybody can become a terrorist. The only requirement is for Viktor Orbán to decide so.