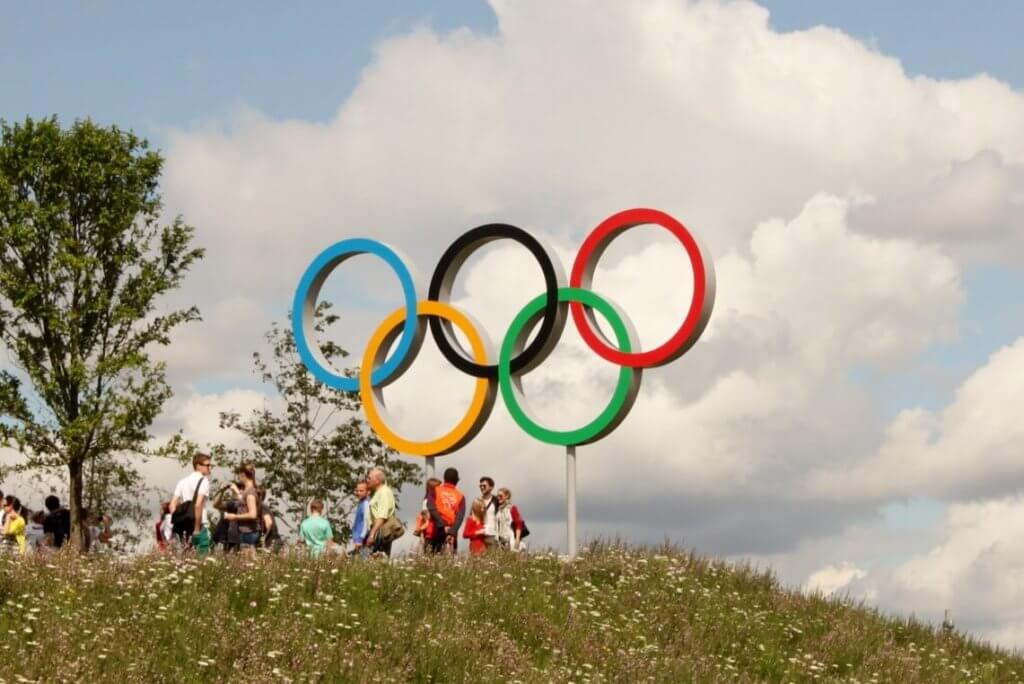 Last week a new political party in Hungary, the Momentum movement, launched their career by starting a petition for Hungary to hold a referendum on whether or not Hungarians want their country to host the 2024 Olympics in Budapest. If in 30 days the petition will not have achieved the goal of at least 150 000 signatures required in order to call a referendum, the Hungarian people will have missed their possibly last chance to prevent the Budapest Olympics. Hosting the games, however, would do the country enormous harm, and if we will not be able to prevent it, we will lose yet another chance to take back control over the decisions made about our lives.

One does not have to look far for the simplest and fundamental argument in favour of singing the petition: should  the people not have the right to decide whether we should host the Olympics or not? Should we not have the right to influence decisions that drastically impact the future of our country? In fact, there should indeed be no need for a petition concerning such a crucial decision – the government itself should have called a referendum.

It is not my intention to mislead the reader by pretending my standpoint is objective: I do not want Hungary to host the Olympics, neither in 2024 nor in 2028, despite my love for sports. Since when I was 14 years old, the only newspaper we ever had a subscription to was the National Sport. I would passionately watch any sports event and all of the victories and defeats of Hungarian sportsmen and women are still engraved in my memory, since these events remain a part of my life. I remember how we saved the water polo final against Serbia in 2001. I was lying at home with a 39 degree fever, incredibly tired, but I still jumped up after the winning goal and bounced around the room. After the match I lay back down and fell back asleep. I cried when the Hungarian national hockey team made it into the A league for the first time, I furiously thumped on the table when the women’s handball team gave away their lead in the last six minutes of the World Cup final in Belgrade. I could not think of anything better than watching the Olympics and the Hungarian athletes in person, live. But not now.

The Olympics can do nothing but destroy this country.

During the preparations for the 2017 Swimming World Cup we have already witnessed how money has been carelssely wasted, and how public funds ended up in businesses close to Fidesz, the governing party. We have witnessed how the budget of 40 billion forint (around 130 million euros) stipulated in the original plan has steadily grown to over 100 billion (around 320 million euros), and how the Swimming World Cup’s costs now include restorations of the headquarters of a TV station linked to Fidesz and the restoration of Prime Minister Viktor Orbán’s former college’s football field. On top of that, tens of billions of forints went to the campaign for the Olympics – or straight away into the oligarchs’ pockets.

Besides, Hungary is not the only country to claim that that hosting the Olympics would cause immense damage. Brazil, for example, is heading towards bankruptcy after having hosted the Football World Cup and the Olympics. Before the games millions of people protested against corruption and social injustices, both amplified by the organization and the preparations for the sports events. Or take Greece, where the economy has also been harmed by the Olympics, or Sochi, where the winter Olympics left a destroyed city unfit for further use. These examples alone should be enough to convince us that we should not do this.

If we further compare the costs of the games in relation to the GDP for some previous host countries, and then take a look at how much we are planning to spend on the Olympics, it becomes clear exactly how harmful this project would be to Hungary. 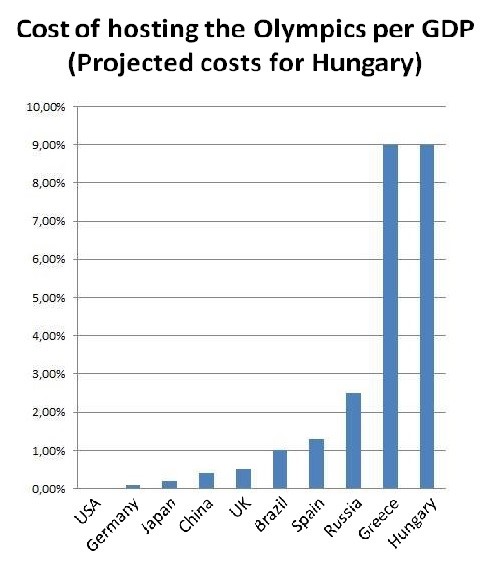 We also know that all the money that will go into the Olympics will be missing elsewhere. It will be missing from the health care system, from the welfare system and from the educational system, so that the already enormous gap between the rich and the poor will grow even further.

Those arguing for the Olympics will of course maintain that the investments for the Olympics are necessary anyway, regardless of the games. However, these investments will all point to one direction only and will improve and create facilities which only the wealthy and those living in rather affluent areas will be able to benefit from. The billions invested in the Olympics will not create any new opportunities for the lower middle class while wealthy investors will have the opportunity to even increase their wealth by the tremendous amount of public funds poured into the event.

Hosting this event and implementing these truly unnecessary investments would lead Hungary straight towards ruin. At the same time, there would be no money left for the investments that are necessary to improve the country, regarding, for example, education or the health care system . And even if there was a change of government, the Olympics would restrict any future government’s plans.

The Momentum movement’s petition for a referendum is our very last chance to prevent all of this.

Those Hungarians who do not want their country’s next few decades to be doomed need to go out on the streets and collect signatures, knock on their neighbours’ doors, write to their friends, and do everything in order to collect the necessary amount of signatures and convince others to collect them as well.

We need 150 thousand signatures in order to call a referendum. It is a lot, but if we succeed, we will also gain a lot.

We will win back our hope and the right to have a say in our own and our country’s destiny. We will win back hope that the undefeatable Fidesz can in fact be defeated, and we will win a chance to decide for ourselves, in defiance of the corrupt government’s oligarchs, which direction Hungary will take in the future!