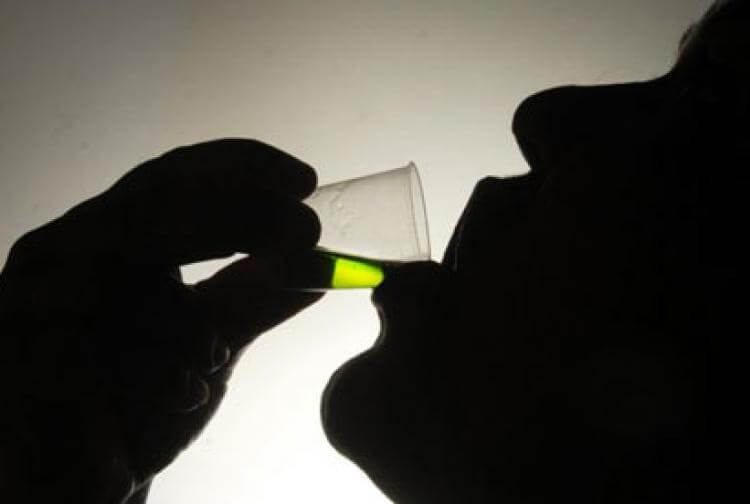 However, the Regional Centre for the Treatment of Addictions and Co-Addictions failed to do so, even though, in autumn 2010, it had won the competition to run this type of therapy (organized by the NFZ [National Health Fund; translator’s note]). In spring 2011, regional authorities, including the authorities of Gdańsk, Sopot and Gdynia, provided the institution with a building to run the therapy and financial resources for its adaptation. The renovation of the premises was not completed, however, and the programme itself was not approved by the National Bureau for Drug Prevention, which is the legal condition for running the therapy. However, the Sue Ryder Foundation from Bydgoszcz, which had been running the substitutional programme in the city for several months, made a historic breakthrough.

Methadone is a synthetically harvested painkiller. It is administered to patients addicted to heroin and other opiates. It is taken in regular doses that reduce craving for the drug and allow the addicted person`s body to function efficiently. What is important, it does not introduce them into a state of euphoria, which happens after taking the drug. It is mostly used in the treatment of chronic addictions. In Pomerania, the only form of therapy applied to date was withdrawal treatment (drug free), during which patients gave up all drugs (the drug itself as well as alcohol, cigarettes, sex and coffee) and participated in psychotherapy, usually in a closed environment. A long-standing aversion to methadone on the part of Pomeranian therapists was apparently caused by ideological prejudice and the belief that addicted persons should not be given any substance supporting their addiction. For those therapists, methadone is not a medication for addicted persons.

By a strange twist of fate, a dynamic change has occurred concerning the forms of therapy used in Pomerania. In October this year, Władek from Gdańsk, who had fought for more than ten years for the introduction of substitutional therapy, was deprived of access to bunondol, which is available on prescription (one of the substitutes of heroin, together with methadone ). After the inspection carried out his surgery, the doctor that had prescribed the medicine was charged with an unjustified prescription of the substitute. Overnight, Władek lost a guarantee  to normally function in society, at least until a methadone treatment centre in Trójmiasto [the cities of Gdańsk, Sopot and Gdynia; translator’s note]would be created.

Jan Chrostek Maj, a psychiatrist from Kraków, who works with addicted persons, commented on the situation:

Did the “committee” dislike a 50% “discount” on Bunondol, or perhaps prescribing the medicine was inadequate to the condition (for instance, Bunondol is “officially” used in the treatment of post-herpetic neuralgia or malignant tumours). Perhaps the reason was quite different? It seems to me that the regional health authorities in Gdańsk usurp the right to act as a nation-wide body providing indications for the use ofmedicines . Each insured patient is entitled to a flat rate of 50% off if he or she is suffering from “pain of various origin”, also the non-cancerous one.

Eventually, Władek got to the programme in Bydgoszcz, one of the cities closest to Gdańsk that run substitutional therapy. As a result, he had to travel regularly across Poland to obtain his substitute, just like other people from Trójmiasto. Edward Gorzelańczyk, a doctor running the programme in Bydgoszcz, after conversation with Władek, realised that many patients from Trójmiasto and surrounding areas were benefitting from the Bydgoszcz programme. He also asked for legal opinion, i.e. if it is possible to start a branch of the programme in Gdańsk. The National Bureau for Drug Prevention accepted the suggestion. The Office of the Ombudsman for the Rights of Addicted Persons and volunteers from The JUMP`93 Association provided organisational support. Within a few days, Doctor Gorzelańczyk found commercial premises that meet the requirements of sanitary authorities and, in early November, admitted his first patients.

Organised by the Sue Rye Foundation from Bydgoszcz, the programme was created in half conspiracy because, after a few experiences of ideological hostility and interference from local officials and therapeutic environment, there was a risk that efforts may end in failure. Jacek Charmast, Ombudsman for the Rights of Addicted Persons, says: It is the Pomeranian officials that are responsible for the fact that while basic service in the treatment of addictions was unavailable, the expensive and inefficient stationary treatment was funded in amounts that shatter all barriers of reason.

The application from the Regional Centre for the Treatment of Addictions and Co-Addictions in Gdańsk (local organiser of the programme) was rejected by the National Bureau for Drug Prevention on the grounds that the proposed formula was incompatible with the law. In addition, the application was made only in November 2011, after one year of sending reminders from the Bureau. Jacek Sękiewicz, Head of Regional Centre for the Treatment of Addictions and Co-Addictions, , announced his intention to continue his struggle to launch the programme in the building provided by the local government. This time, he intends to run it as the Director of the centre in Smażyn.

The branch of the Bydgoszcz methadone programme in Gdańsk is going to apply for a transfer of funds from the Pomeranian department of the NFZ [National Health Fund]. Currently, over a dozen people are treated there, but their number may increase rapidly after the publication of the information about the launch of the programme. Specialists from the National Bureau for Drug Prevention estimate that, in Trójmiasto, this number may even grow to a few hundred people.