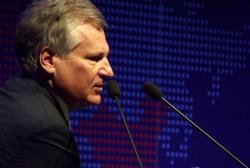 In “Przekrój” weekly, Mariusz Ziomecki (Kwaśniewskiego odnowa narkotykowa [Kwaśniewski’s Drug Repentance; translator’s note]) doubts the sincerity of his confession. In the article, he accuses Kwaśniewski of hiding the true motives behind his decision. He states that the former president must have known the opinion of the experts, clearly negative about the new law, and signed it regardless of the consequences, just because he was fighting for re-election as president. Ziomecki accuses him of political cynicism.

Ziomecki`s train of thought rests on the mistaken assumption that the signature under the act may have affected the outcome of the election. The presidential election in 2000 took place on 8th October, the act was dated 26th October, and Kwaśniewski signed it at the end of November, which was quite a bit of time after winning in the first round of the election. The involvement of Barbara Labuda [minister in the Chancellery of the President of the Republic of Poland; translator’s note] in the creation of this law (she still sincerely believes that the criminalisation of drug possession was the right thing to do) fails to demonstrate Kwaśniewski`s cynicism, either. As Ziomecki states, “human motives are a slippery subject”. The speculation about Kwaśniewski’s intentions would not make much sense, even if it was based on true premises. In this case, where there is no such premise, speculation becomes completely incomprehensible.

Since he has not retired from politics yet, Kwaśniewski has his reasons to get involved in this business. This battle is risky for him, but like any risky step it may also bring certain benefits. Does this disqualify his confession? Certainly, the fact that the former president admitted to having made a mistake is important for the on-going battle to change bad legislation.

Kwaśniewski is yet another public person in Poland to openly say that the war on drugs at all costs is harmful. This is not obvious either to the public or to the politicians. His support coincided with proposals to rationalise the law on the prevention of drug abuse, which have been developed by experts from the Polish Drug Policy Network: to introduce a clear definition of the vague term “small amount”, provide wider access to alternative therapy and  grant permission for medical use of marijuana in specified cases.

Kwaśniewski’s guilt lies in ignoring the opinion of the experts and the evidence that the restrictive law has harmful effects. It is hard to justify, but it is worth considering why this has happened. The TINA, i.e. the belief that There Is No Alternative to hard-liners and that any derogation from it leads to social disaster, has been a prevailing drug policy for decades. Demonising someone who has just broken free from its power seems to be completely counterproductive. Politicians must learn to change their minds and their decisions under the influence of arguments. Otherwise, politics will become an increasingly meaningless spectacle.

Meanwhile, despite the fact that our knowledge has grown over the last twelve years and the evidence of successfully implemented changes in drug policy in Portugal and the Czech Republic has been made visible, Polish politicians are reluctant to fix the law from 2000. Kwaśniewski`s confession can now put pressure on those in power. From now on, their negligence will be seen as the conscious and deliberate repetition of his own mistakes. It is a pity, then, that Ziomecki focuses only on Kwaśniewski, who took a step in the right direction. His statement can now be put to good use and change the Polish approach to drugs.