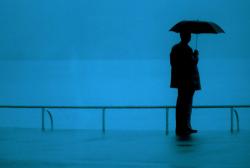 On 21st January 2013, both weekly magazines released interviews with Anna Fryczkowska, the mother of 16-year-old Stanisław, who committed suicide on 24th December 2012. In the interviews, the magazines provided their readers with an appallingly untruthful piece of information: smoking marijuana leads to depression and, consequently, takes your life away. In doing so, “Newsweek” and “Wprost” have shown they are lacking in journalistic responsibility and, once more, they have provoked a misleading debate on psychoactive substances.

The level of factual content in the articles would not have coma as a surprise if they had been published by one of the tabloids. However, much more is expected from the media that consider themselves opinion leaders. The tragic story of Stanisław and his mother’s suffering has been used in the most revolting manner. The sacrifice has been made, now everyone can rely on unproven “facts” and carry them on banners of the pointless war on drugs.

Is the economic situation of the press so bad that the sales must be driven by such sensational news? Should not we remember that the main duty of the journalist is to confront different points of view and to collect information from various sources? The main goal is always to present an unbiased picture of the world to the reader.

And so, in one day, we went back a decade in the debate on psychoactive substances and the consequences of their use. Many years of effort to change the way we talk about drugs and the strategies to deal with psychoactive substances may be lost. The level of journalistic dishonesty is alarming as various journalists seek causes of Stanisław’s suicide. It’s stupefying how easily marijuana is to blame for depression in teenagers as well as their home and school problems.

So we should repeat a few basic statements like a mantra. Psychoactive substances (from cigarettes and alcohol to marijuana and synthetic agents) have been and will be present in various forms in human culture and people will be reaching for it. Our main task is to reduce the damage, both individual and social.

The war on drugs is over. It has ended in failure.

Punishment and prohibition are hardly the ways to achieve success. In Portugal, where the possession of psychoactive substances was decriminalized, within ten years, the percentage of young people consuming drugs has decreased significantly. Much has been done in many areas: the health system has been reformed, a wide-ranging preventive campaign has been launched among parents, teachers and young people to raise awareness about addictions and to teach how these substances work. The forms of “repression” that current drug users may be faced with include meetings with psychologists to discuss why they are reaching for drugs. Prison sentences or tests for the presence of psychoactive substances in schools are not practised any more. Only when drugs are no longer taboo is it possible to talk frankly with young people about their problems.

Unfortunately, the moral panic caused by the publications in “Newsweek” and “Wprost” has already found its outlet. The Solidarna Polska [United Poland; translator’s note], a right-wing political party, has flowed on the populist wave. During today’s press conference under the theme “How many people will hang themselves because of Palikot?” [Mr Palikot is a progressive and controversial political leader; translator’s note], Patryk Jaki MP announced the intention to present a bill to parliament to stiffen penalties for drug possession. We have already been there, dear MP. In 1997, that is. We had to face the considerable costs of the laws that criminalised the possession of illegal psychoactive substances. The lives of many people were broken by the courts and their verdicts. Fortunately, these mistakes were partially corrected in 2011. At present, the prosecutor may drop the charges of drug possession.

Patryk Jaki MP suggests that Olga Jackowska [Polish singer involved in a drug scandal; translator’s note] and Aleksander Kwaśniewski [former President of Poland; translator’s note], who are in favour of decriminalisation, are authorities for young people. Fortunately, it is them and not the representatives of the Solidarna Polska. Neither the singer nor the former President encourage citizens to consume psychoactive substances. However, they understand that repressive penalties and prohibition fail to bring expected results and the consumption of psychoactive substances does not go down. That is why they are calling for rational a drug policy: legal clarity and, above all, raising young people’s awareness of the consequences of drug use, which sometimes can lead to addiction.

Thankfully, experts, therapists, users and supporters of legalisation have kept their common sense. Within a few hours after the publications in “Wprost” and “Newsweek”, they gave a repeated and clear message that establishing a causal relationship between cannabis use and depression, which in turn leads to suicide, is too far-reaching a conclusion. In social networks and in media statements, claims were scrolled, mistakes were pointed out, scientific research was quoted just to show that marijuana is not as bad and depressing as “Nesweek” and “Wprost” want us to believe.

Let us hope it will be the strongest voice in public debate and that the Poles will take it into consideration.