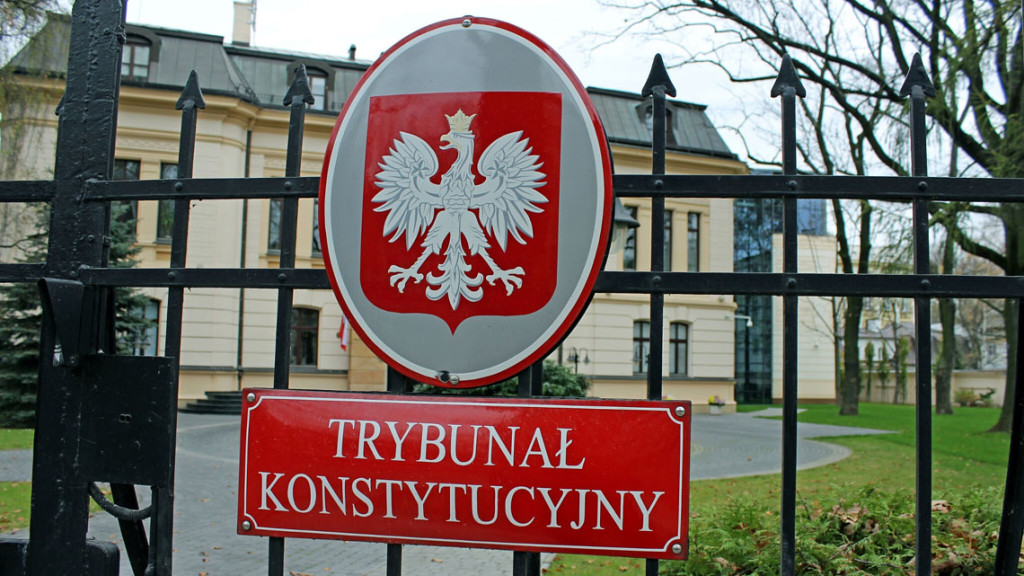 Under recently elected conservative majority in parliament and Law and Justice (Prawo i Sprawiedliwość, PiS) party government, the institutions of liberal democracy in Poland are under siege, if not outright attack. I know, this rhetoric might sound somehow exaggerated, but matters at hand are serious and potential consequences are deeply troubling. The stakes are high, too – what we are dealing with is the question of whether the Constitutional Tribunal in Poland (Trybunał Konstytucyjny, TK) will retain its status as an autonomous institution, as the makers of our constitution devised it, or merely a “opinionating body” with no power over the legal proceedings of two other powers – the President and the Parliament – whatsoever. Sounds boring? Maybe. But bear with me – I’ll try to explain the constitutional crisis seizing Poland in the simplest of possible ways, and show why it matters not only for Poland, but for the future of the European project as a whole.

The question of the Constitutional Tribunal – how did it begin?

Here are the facts: the Polish Constitutional Tribunal is tasked with checking if the law passed in Parliament is up to the standards of the constitution – whether boundaries aren’t broken and rights guaranteed to citizens, institutions, unions, minorities, and businesses aren’t violated. The Tribunal consists of 15 judges of the highest merit, chosen by the Parliament for their respective terms. What has happened in the recent months is that the previous government voted for long-awaited regulations concerning the Tribunal (changes approved and partly devised by the Tribunal itself), but also, using the occasion – elected five new judges (knowing they are likely to lose power and will not be able to do it later) when they should have chosen only three. The new government, obviously, challenged the decision – and hastily drafted a new law, without the necessary time for consultations and usual proceedings – and chose five new judges, where it should have chosen only two – for the spots the previous government did not have the right to fill. The Constitutional Tribunal itself, being the body responsible for doing just that, had to convene twice (for there are two acts disputed) to make it clear who abused the law and when. Now, the situation should be clear – we know who and when acted correctly and who did not, and the Tribunal provided guidelines on how to proceed with the appointment of judges. But there’s the catch.

Nobody knows who’s a judge and who’s not – and how the Tribunal might even work in such a situation.

The catch is – President Andrzej Duda, coming from the ruling party, had already confirmed the appointment of the five judges proposed by his party with his signature, while refusing to sign the five judges chosen by the previous government. The result: nobody knows who’s a judge and who’s not – and how the Tribunal might even work in such a situation. Of course, if the President hadn’t been in such a rush (and he was, for political reasons, advancing the plan of his own camp) – there would be no excess of judges. But there is. There is no will to end the blame game – the Prime Minister and her cabinet not only publicly called both verdicts of the Tribunal “non-binding opinions”, but refused to have them published in the official legal register, thus attempting to make them legally non-existent. The President’s press offiver even said that, “there’s no need” to validate any of Tribunal’s decisions, because “the President already made his decision”. In simplest terms: the ruling party doesn’t recognize the verdicts of the highest court in the state, but is also publicly demouncing its role and openly suggesting they will have their own judges in the Tribunal or they will have the Tribunal inactive. Jarosław Kaczyński, the party leader, speaking on conservative TV channel Republika implied that the Tribunal is a “post-communist institution […] with very limited legal legitimacy and excess powers” and it “defends everything that is wrong in Poland”. Meanwhile – more and more MPs are speaking of an outright change of the constitution, with the crippled Tribunal not being able to stop it.

It’s simple – it’s our way or highway. There’s no need to tell anybody how this road ends: the ruling majority will have the power to pass any kind of law and the system of checks and balances is reduced to laughing stock. Don’t know how it works in a democratic system? Well, because it shouldn’t. But look no further than Russia or Turkey to see how such a majority system works in practice. We are perfectly aware why this is dangerous in one country, but is it a threat to others? I dare to believe so.

Beyond Poland – the feedback loop of populism

The political landscape surrounding the recent change of power – from centre-right to national-conservative right – in Poland is well known: the refugee crisis in the south, Ukraine and Russia at war in the east, the decline of traditional parties everywhere else, and the seemingly unstoppable rise of populisms on the top of it. Why then, in such grim circumstances, should the decline of one institution in one EU member states matter for others?  Because when one EU member’s political system spirals out of the common norm on any side of the political spectrum – be that rule of Greece’s SYRIZA or Hungary’s FIDES – European institutions sooner or later will have to say “check”.  From what we already know, there are two scenarios at hand. One, as it was in the case of Greece, involves using financial institutions and economic measures to challenge the government – which, as long as the budget deficit and public finances in Poland are in order with European standards, isn’t possible here. In the latter scenario, where the EU tries to humiliate or scare one of the members into submission, the most probable outcome is a popular backlash – the case of both Greece and Hungary – which only reinforces anti-European sentiments in the country and provides ammunition for populists, isolationists, and supporters of a more autarchic, illliberal “third way”.  This opens the floodgates of even more bad lawmaking, ridiculous policies and neglect of personal and public freedoms of citizens. Which in turn means that the EU should somehow respond, and this returns us to square one – it’s a feedback loop.

Because when one EU member’s political system spirals out of the common norm on any side of the political spectrum – be that rule of Greece’s SYRIZA or Hungary’s FIDES – European institutions sooner or later will have to say “check”.

Growing dissatisfaction with Poland’s position in the EU and the supposed decline of EU as a whole was one of the reasons the conservatives rose to power in the country – regardless of the (lack of) merit to this kind of argumentation, more and more people believe that the common European climate, migration, defence, and economic policies are going to worsen their status and trample conservative values, as well as national autonomy. Jarosław Kaczyński, during the aforementioned interview, tried to reshape the mostly symbolic and emotional conflict between his own party and the EU – and Germany most of all – as a matter of historic “economical and moral” obligations Germany and the West have towards Poland, coming back to World War II and the Holocaust as their root. This is a form of pre-emptive attack – as if he expects sooner or later some form of clash with neighbours and partners in the West.

And all this began with the question of the Tribunal – the more Polish (and foreign) media are sounding the alarm, the more european public opinion pays attention, the more aggressive the stance will the government take. And if the Tribunal is eventually defeated, the more acute will be the need for others to take notice. Those who criticize and condemn the ruling party in Poland, again – according to Kaczyński – with the help of German journalists and politicians, were already singled out as “traitors” and “the worse sort of Poles”. The more the party is criticized effectively in Poland, the more it will accuse the EU and the West in general – not willing to believe that such an “heinous attack on Poland” could be coordinated without foreign powers.

But for now conservatives grow in both strength and numbers, thinking: “if the EU cannot do anything with us laughing in their faces, why should we even care?”. Let’s build a wall, let’s ban abortion, let’s criminalize this and that – and yes, it is possible. Look at anti-terrorist laws both in the UK and Hungary, look at surveillance in France, look at the treatment of the media in Hungary, and look at the Constitutional Tribunal in Poland. If one can do it, why can’t the other? The weaknesses of our mutual checks and balances have never been more visible than today. As well as the weakness of common responses to populism and scaremongering – neither TTIP nor the “refugee deal” with Turkey will in any way respond to people’s concerns here and now. And the tools at our disposal will remain weak, if the only matter we, as a union, care about are austerity measures and “stemming the migration flow”. This is weakness, plain for everybody to see. And in turn, it only strengthens the parties in member states using questionable methods of gaining support and augments their chances in forthcoming elections. And, in the words of a famous philosopher, “so on, and so on”. Once the system is exposed as flawed – and let’s be honest, it is – you can only cover this up for the time being. But, as the Polish proverb says, “there’s no turning the river by paddling in it with a stick”.