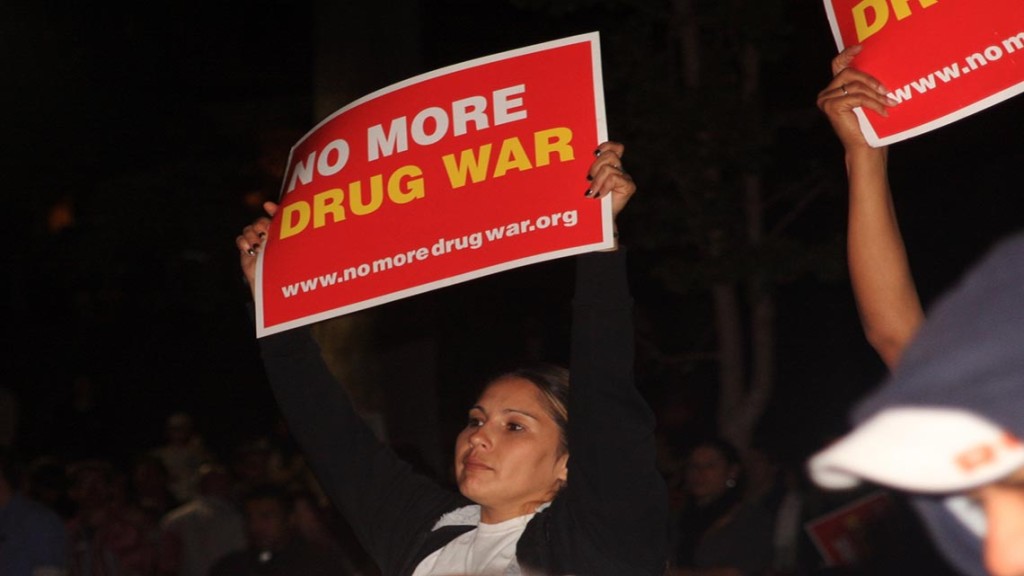 Story background: rioting in Poland sparked by the death of a teenager, who apparently choked to death while trying to swallow a drug packet as police officers tried to stop him.

Mother of the 19-year-old Rafał from Legionowo (roughly 14 miles north-east of Polish capital Warsaw) says it was a police officer that killed her son. The boy’s stepfather also has no illusions: he believes that had it not been for the police intervention, his stepson would be alive.

We do not know what happened on Monday, 9 March. The events as recounted by the police on the one hand, and the parents of the 19-year old and a witness of his arrest on the other, differ in many details. A few facts, however, have been established beyond all doubt. Rafał had one gram marijuana on him. When he realised he was about to be stopped and searched by a police patrol in the street, he swallowed the drug wrapped up in a plastic bag. A few moments later he was dead. The police say he choked on the plastic packet. Rafał’s parents say he was helped to his death by a police officer, who tried to “obtain material evidence”.

On Sunday, a few days after the tragedy, several hundred residents gathered outside the police station. The protesters demanded that measures be taken to punish the policeman whom they believed to have been directly involved in Rafał’s death. What was originally a peaceful demonstration broke into regular riots. Stones and bottles were hurled on the police. For a couple of hours lights of patrol cars were flashing in the streets of Legionowo. Eight protesters were detained, and one policeman was wounded.

Desperate behaviour? Rational should be the word

War on Drugs, whose new dramatic act has just swept through Legionowo, did not start slightly over two weeks ago, in one of Warsaw’s satellite towns, but well back in the 1970s in the USA. President Nixon saw no difference between cannabis, cocaine, opium or heroine. Every single drug was presented as public enemy number one, first in the States and then elsewhere in the world. Since 1971 things have changed, though. Our knowledge on psychoactive substances is more extensive, plus we also know social consequences of drug policy a là Nixon. Today, it is not only experts of progressive think-tanks who will claim that the war on drugs has been a failure. If anyone had doubts about it, I hope that the tragedy in Legionowo has dispelled them.

If swallowing a plastic bag should make more sense to a person than should abiding law, surely there is something wrong either with the person or with the law.

I seem to have much more understanding for Rafał’s desperate decision than for the law in Poland. If we think of the consequences of possessing one gram of marijuana in Poland, Rafał’s behaviour seems perfectly rational. Threatened with prison (up to three years) I would seriously consider swallowing anything that the police might use as “evidence of guilt.”

Three years in prison is the highest possible sentence Rafał would have faced. If a first-time offender, he might expect a suspended sentence. It is quite possible, too, that the case of the 19-year-old would never be brought to court. Since December 2011, thanks to an amendment to the act on counteracting addiction, prosecutors may dismiss cases in situations when the detainee possesses “a small amount” of controlled substance. But the teenager from Legionowo might have as well been ignorant of all this. And if he did know all this, he still might have liked not to count on the generosity of the prosecutor. I myself would not be tempted to put my life in the hands of a prosecutor who might turn out to be a Nixon fan.

Threatened with prison (up to three years) I would seriously consider swallowing anything that the police might use as “evidence of guilt.”

But no prosecutor would as much as lay their hands on Rafał’s file, for Polish law, its typical barbarity notwithstanding, does not prosecute the dead. There will be, however, prosecution of the residents of Legionowo, detained after the Sunday riots. The dynamics of those protests seems just as revealing as Rafał’s death. Residents of Legionowo on Sunday standing a protest in front of the station called for suspension of the policeman whom they believe guilty of the teenager’s death, just as if that particular policeman were the only one responsible for the last week’s tragedy.

Of course the police do not have to be merely the armoured extension of the war on drugs. If the services feel such an urge to go after marijuana users, they could at least consider other scenarios, not informed by the blunt “catch, search, detain” policy. In Portugal, for instance, drug users are referred to psychologists and “Commissions for Drug Addiction Dissuasion”. In fact, we do not have to go looking for solutions in distant parts of Europe: it would be just enough to act in accordance with the implicit guidance permeating the last amendment to the Polish act on counteracting drug addiction, i.e. “treatment instead of jail”. But now there is also the question as to whether someone with a single gram in their pocket is really in need of treatment.

If the residents of Legionowo really want to seek those responsible, my advice for them would be to get on a bus and go looking for them in Warsaw, Wiejska Street, the seat of both chambers of the Polish parliament.

After all, there must be someone who made the law which prompted the police in Legionowo to act as they did. Someone must have engineered the system that encourages pumping up police statistics by easy arrests of recreational marijuana smokers. Perhaps it would not be beside the point to ask the SLD (once a ruling socio-democratic party in Poland) if they are planning a special edition of their action Book instead of marijuana. Maybe what caused Rafał’s death was not brutality of the police nor the oppressive law, but simply low level of literacy! We should not forget reaching Beata Kempa and Bolesław Piecha, the parliamentarians so vocal against decriminalization of cannabis possession, to congratulate them. In the end, they were right: marijuana kills. Especially when swallowed wrapped up in a plastic bag, while fleeing the police.

To jail via cemetery

One does not have to limit oneself to the currently serving politicians. Why not go back in time to 1999? It was then that minister Barbara Labuda started her campaign for heightening punishments for possession of psychoactive substances. She pressed for her vision, implementing the programme of School Free From Drugs. In 2000, to a large degree thanks to the support of the then-minister of justice, Lech Kaczyński, the parliament voted in favour of a new law, penalizing the possession of marijuana and other recreational substances. The slogan of the Labuda-led anti-drug campaign ran: “Better in jail than at a cemetery.” As Rafał’s story shows, you can end up at a cemetery even on your way to jail.