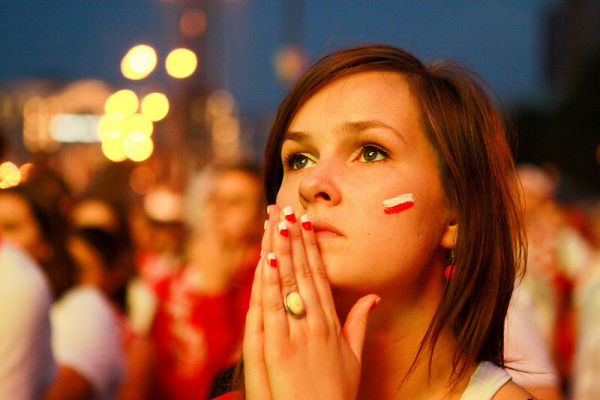 Following its election victory in October 2015, Poland’s right-wing Law and Justice party (PiS) has been on an offensive that has left many people, both inside and outside of the country, concerned about the future of Polish democracy. The blitzkrieg of ‘good change’ (PiS’s campaign slogan) included effectively paralysing the Constitutional Tribunal – which sparked protests across the country – taking over the public media, and a major reshuffling of the administration.

The blitzkrieg of ‘good change’ (PiS’s campaign slogan) included effectively paralysing the Constitutional Tribunal, taking over the public media, and a major reshuffling of the administration.

The constitutional crisis around the Tribunal continues and it can only be described as a political stalemate where the compromise called for by the Venice Commission that ruled on the issue on 11 March is nowhere in sight and the attitude of Jarosław Kaczyński, the party’s leader, can best be described by a line from one of the most famous Polish comedies of all times, Sami swoi (All Friends Here): ‘Sąd sądem, a sprawiedliwość musi być po naszej stronie’ which loosely translates as ‘No matter what the court orders, justice must be on our side’. For now, the drama and the protests continue.

In between the political battles around the Tribunal, the effects of the ‘too good to be true’ change are becoming more and more apparent. The government has found time to:

• Cut the funding to the Commissioner For Human Rights office, by 7 million zlotys (£1.25 million);
• advocate the removal from the rankings of academic journals ‘some lesbian and gay studies’;
• encourage single mothers ‘to stabilise their family situation and have more children’ in order to become eligible for certain benefits (the so called 500+ programme);
• allocate 26 million zlotys (£4.7 million) to Lux Veritatis, a foundation co-founded and chaired by Father Tadeusz Rydzyk, a man behind the ultra-conservative Catholic radio (Radio Maryja) and TV (Telewizja Trwam) stations, both of which frequently host members of PiS;
• call for further restrictions in the current abortion law, for as Arkadiusz Mularczyk, a PiS MP, opined: ‘The vast majority of MPs expressed a clear position that it [the abortion law] should be limited’; with a newly proposed civic bill this might soon become a reality;
• announce that the morning after pill will no longer be available prescription-free.

At the same time, the social promises – according to many a deciding factor behind the PiS victory in the election – are yet to be fulfilled. In her first speech as Prime Minister, Beata Szydło promised to increase minimal pensions, the 2016 pensions valorisation has been predicted to be at the 0.24 per cent level. This is all in a context where low pensions are a real problem that affect many, with women being particularly vulnerable to what has been branded ‘retirement poverty‘.

The average pension in 2014 in Poland was worth 1,653,03 zlotys (£300) for a woman and 2,394,84 zlotys (£435) for a man per month. Such disparity in pension benefits is a result of many factors, including the gender pay gap which was 12 per cent for 2012, the disproportionate burden of care work that women bear as well as, and directly related to, the overall lower employment rate of women – in 2013 the employment rate for working age women was 62.2 per cent and 70.4 per cent for working age men.

It is also evident, that PiS’s flagship initiative, the hotly debated Rodzina 500+ (Family 500+) programme, which was instrumental in the party’s election success, will do little to improve the situation of women in the labour market. Arguably, it will also do very little to address the issue it was designed to tackle. Nevertheless, its consequences will be far-reaching. Family 500+ is PiS’s response to the problem of Poland’s low fertility rate (one of the lowest in the EU, 1.32 vs. 1.58 EU average) and it is to go live in April.

According to the government, as well as increasing the birth rate, the programme is also aimed at supporting Polish families. However, with the addition of an income threshold, in effect, a single parent (still most often a woman) with one child, who earns anything above 1,600 zlotys (around £290) a month will not be entitled to the new benefit, while a couple with 3 children will receive 1,000 zlotys per month regardless of their income per family member.

One of the predicted results of 500+ will also be a decrease of the female employment rate as for low-income families it might make more sense for the parent earning less (usually the mother) to stay at home – currently the minimum wage is 1,850 zlotys (£340) per month before tax, but for people entering the job market it can be as low as 1,480 zlotys (£270) per month. This in turn will affect women’s ability to save up for their pensions as well as diminishing their future employment prospects. In the election campaign, PiS also promised to bring the retirement age down to 60 years for women and 65 for men, returning to what it was before the current 67 years for both genders was established in 2013; this would further deepen the retirement poverty problem for women.

The programme 500+, rather than addressing a pressing demographic issue, is doubtless yet another tool that promotes a very traditional model of a patriarchal family which envisions women in a heterosexual marriage, at home, with children.

The total cost of the 500+ initiative for 2016 is estimated to be over 17 billion zlotys (over £3 billion) and since the programme will begin from the second quarter of the year, it will increase to 22 billion zlotys in 2017. At the same time, there is no evidence that direct cash transfers have any significant effect on actual birth rate: rather, what works and what Poland needs is gender equality in the workplace and in society at large. However, with such a high cost of the 500+ programme there will be little left to invest in solutions that would promote the latter.

The evidence suggests that ‘women in societies that promote traditional values towards family and gender equality ironically postpone or abstain from childbearing’ – the effects of which are visible in Poland. Of course evidence only matters when someone is actually trying to increase the birth rate, which makes it irrelevant to PiS’s project. There is no doubt that the programme, rather than addressing a pressing demographic issue, is yet another tool in an ideological toolkit that promotes and rewards a very traditional model of a patriarchal family which envisions women in a heterosexual marriage, at home, with children – the plans to take away what little reproductive rights they have will surely help to achieve this.

Thus, five months after the elections it is painfully clear that PiS’s vision of Poland is a radical one that leaves no room for alternative views and values. That PiS throws money at religious fanatics, shuns single mothers, has no regard for women’s reproductive rights and no interest in LGBT issues is perhaps less surprising than its attempts to dismantle the rule of law; calling this ‘good change’ adds insult to injury.

Magdalena Mikulak
Magdalena Mikulak is a PhD Candidate at the Gender Institute at LSE conducting research on religiously motivated sexual orientation conversion therapy and LGBT movement in contemporary Poland. She is an editor for Engenderings (http://blogs.lse.ac.uk/gender/). Her research interests include sexuality, religion, post-socialism, LGBTQI activism, Central and Eastern Europe, social change and class.
> see other articles <