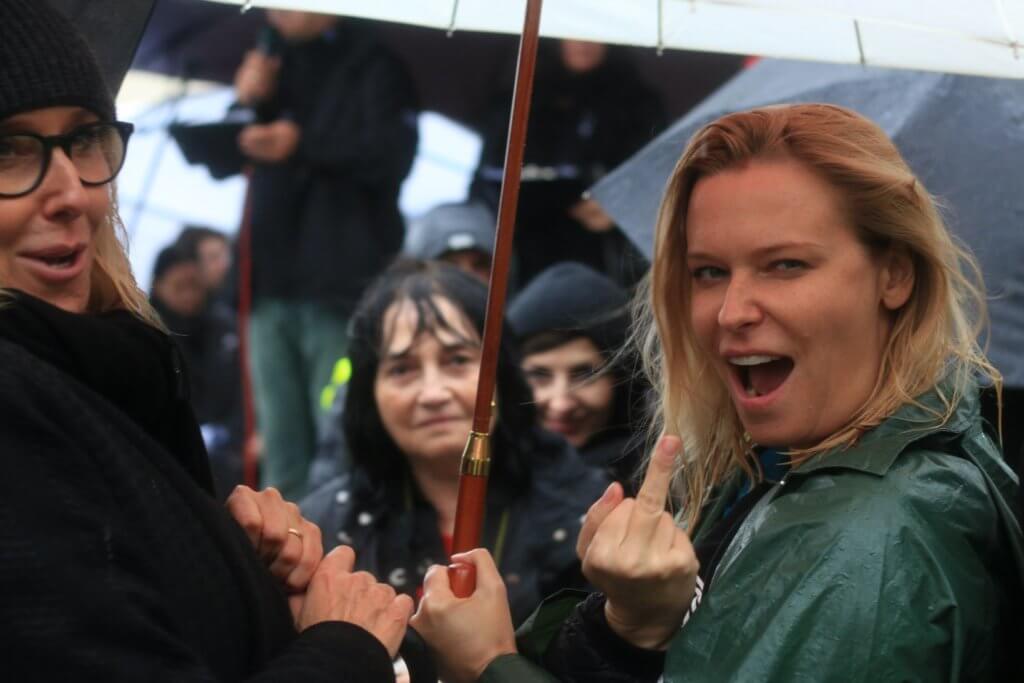 Women all over Poland went on a #BlackMonday strike yesterday. Tens of thousands abstained from their duties at work and at home and refused to carry on with their daily routines. Instead, they went out into the streets of all the major Polish cities and dozens of smaller ones to protest a new anti-abortion law currently under review by the Polish parliament.

Thousands also took part in solidarity protests held around the world, from Amsterdam in Holland to Pamoja in Kenya.

In Warsaw alone, over 30,000 people gathered in the Castle Square and then marched to protest in front of the parliament. Despite the heavy rain, this was one of the biggest public protests in years.

This one-day token strike was organized spontaneously, through a grass-roots campaign over the past week, in response to the decision of Polish MPs to continue legislative work on the new bill sponsored by the Catholic “Stop Abortion” initiative, which proposes to effectively ban abortion under the penalty of prison for both parties involved: the woman who got the procedure and the doctor who carried it out. The Polish abortion law is among the strictest in Europe as it is, allowing termination of pregnancy only when there is risk to the life or health of the woman, when the pregnancy is a result of a criminal act, or when the foetus is malformed. However, passing the bill would make it one of the strictest in the world.

Agata Diduszko-Zyglewska, a journalist and activist, says that “we know from polls that one in four women in Poland terminated a pregnancy at least once. They have been having abortions in the past and they will continue having them, but illegally and in dangerous conditions. Some of them can afford going abroad to get legal and safe help. But women from disadvantaged backgrounds don’t have that option. That’s unethical”. Dorota Głażewska, co-founder of Krytyka Polityczna, adds that “it is not a pro-life draft but a pro-death and no future bill”.

Although for now it seems that the proposed bill will not have a majority in the Parliament, the ruling Law and Justice party is likely to put forward its own abortion law bill, which will be not as draconian as the one currently under review, but which will nonetheless make it stricter than it is now. This will be probably presented as a compromise between Catholic activists and the people protesting on Black Monday, allowing conservatives from Law and Justice to strip women of their reproductive rights while appearing as a moderate and conciliatory party at the same time.

Complete ban on abortion in Poland: #Why do we still have to protest this shit?