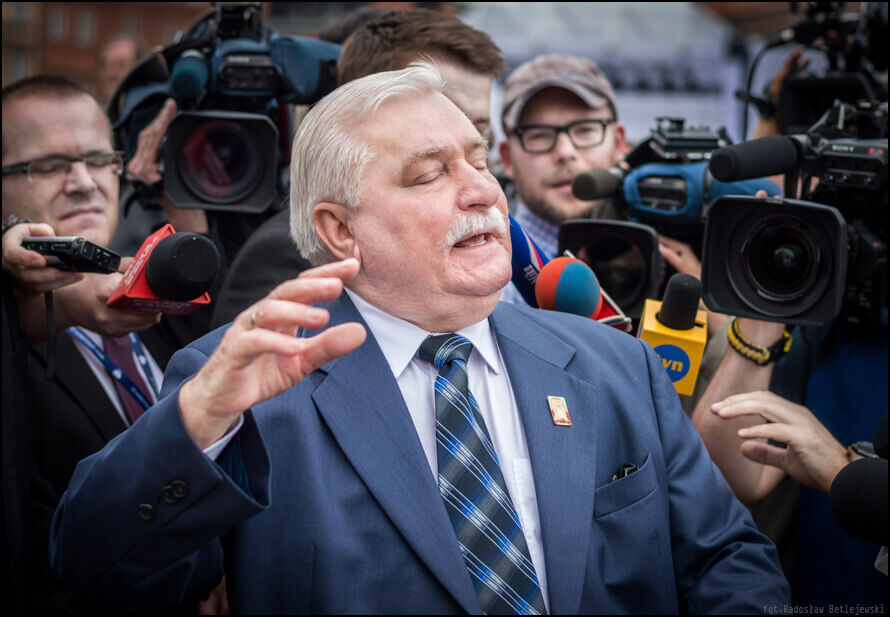 A recent report has laid claim that former Polish president, Lech Wałęsa, had been a paid informant for Communist secret police during the 1970s. The report, released by the Institute of National Remembrance (Instytut Pamieci Narodowej, IPN), is based on handwriting analysis. Officials say that Wałęsa provided at least 29 reports, signed “Bolek” – a codename which had been long attributed to him. However, despite the allegations, the contents of the reports have not been revealed.

The allegations are particularly frenzied, due to the role Wałęsa played in the anti-Communist resistance in Poland during the 1980s. He was upheld as a hero, due to his co-founding of the Solidarity union, and his negotiations, which lead to a relatively peaceful end to Communism.

Agnieszka Wiśniewska, Editor-in-Chief of KrytykaPolityczna.pl, sees a hero in Lech Wałęsa – however, does not see him as the only hero, but as one of many. Without depreciating his merits, Angieszka emphasises that “For old-timers, Wałęsa is a legend, however, this may not be the case amongst young people. In the young, left-wing narrative, the heroes are always plural, not singular.”

Lech Wałęsa did not break the back of the communist regime himself. Our hero is Solidarity.

According to Wiśniewska, the issue of Wałęsa working with the secret police has little meaning: “The discussion about Bolek does not excite us. Wałęsa could have signed something, but it was not important and does not have a greater meaning to us. The purpose of this entire argument is to announce that Poland regained independence only today, and only thanks to the right-wing.”

Publicist of Krytyka Polityczna, Michał Sutowski, said “Wałęsa’s collaboration with the secret police lasted less than a year, and began at a moment when Polish workers were in a dramatic situation. By the end of ’71, Wałęsa no longer fulfilled the criteria of an unofficial secret police collaborator. He played a political game with the Communists, supported Solidarity and did not give the secret police any important information.

“The Security Service treated Lech Wałęsa like an enemy. He was dismissed from his job. If he were a genuine unofficial secret  police collaborator, he would have special security.”

Sutowski also brings attention to the fact that the right seeks to abruptly change the way history is taught: “The right-wing conspiracy suggests that Wałęsa was controlled by the secret police, and that his decisions, even after Poland gained independence in 1989, were related to his past collaborations.”

The attack on Lech Wałęsa is, in fact, an attack on the State of Law

The latest revelations on the topic of Wałęsa’s co-operation with the secret police “do not bring anything new up for debate. The political scene in Poland is polarised – whomever wishes to believe in Wałęsa’s collaboration will believe in it. But new ‘facts’ and ‘evidence’ do not change anything and do not prove anything important. There is no reason to rewrite Poland’s history anew,” Sutkowski concluded.

According to Bartłomiej Sienkiewicz, a member of the opposition in the 80s and former minister of interior, the attack on Lech Wałęsa is, in fact, an attack on the State of Law:

“The growing story of Bolek, as construed by the right-wing, says that from 1970 until today, we have been living in fiction and lies. Such a story demolishes the entire period of the independence of Poland since 1989, and allows the right to rebuild history. In this rebuilt history, the entire doings of Wałęsa are portrayed as the worst possible evil.”