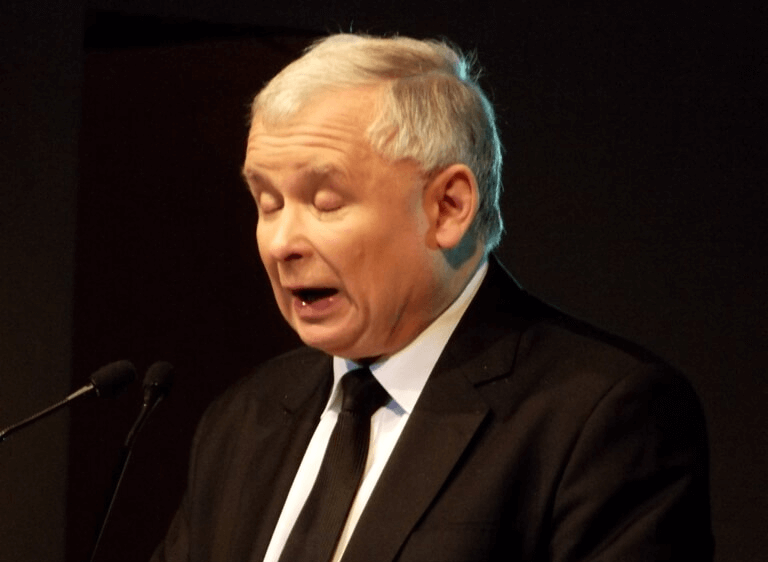 Among his compatriots, the informal leader of Poland – Jarosław Kaczyński – enjoys fame as a great strategist. He plans ahead, he uses all the strategic opportunities, he has an ability to adjust to changing circumstances and he always succeeds to thrust his opponents into uncomfortable positions. He sets sustainable alliances, which are incredibly beneficial for him. He subordinates partners of lesser importance and he skillfully entangles stronger opponents into consuming internal conflicts. He draws lessons from failures and defeats.

But when looking at his actions abroad, one can easily have quite an opposite impression. On the international level, Kaczyński and his party almost without any exception ally with unreliable partners, while they simultaneously disregard potentially natural cohorts. This attitude prompts resentment from all sides. Furthermore, the skillfulness that characterizes Law and Justice (PiS) in domestic politics is absent in the external context – seeing its leaders act either strangely or vulgarly. As many commentators claim, the problem here is two fold. Kaczyński neither likes nor understands Europe. Much indicates that he is not intending to change that attitude in the future, which creates rather a greater problem for the European political mainstream as it would mean that one of the EU largest countries will simply continue to turn its back on the Community.

Witold Waszczykowski upon his first visit in Germany stated that the state he represents stands against a Europe that is a “mixture of cultures and races”.

The first signals that the relations with European Union will be turned down were visible once the government of Law and Justice was put in place. The controversial and conflictual new Foreign Minister – Witold Waszczykowski – upon his first visit in Germany stated that the state he represents stands against a Europe that is a “mixture of cultures and races”. One can only fear to imagine how horribly that must have sounded especially when translated to German. Through that announcement the Union was to receive a warning, that Poland will be positioning itself in an avant-garde of the narrative that is built on notions such as: tradition, Christian roots of Europe, defending civilization and resistance towards Islamic threats. Even if it then did not yet sound as horrifying as it became, and even if then others were ready to give it all a benefit of doubt, the possibilities for dialoguing out of the situation narrowed drastically down in the last months. The Law and Justice Government entered the conflict with the Constitutional Tribunal – which constitutionally speaking is the highest ranking Court in Poland, mandated to verify coherence between new rulings and the Constitution. Following a dubious reform of the Constitutional Tribunal, Law and Justice rushed with adopting further questionable legal acts: changing the ruling order for public limited companies, subordinating the public media to the government, and introducing limitations in the law regarding citizens’ rights to public assemblies and demonstrations. When ‘Brussels’ reacted and started speaking about applying the procedure to control order of law, Kaczyński took it as an act of war against him from the side of the European elites. In his mind, this war continues to today.

The newest suicidal mission of the Polish diplomacy was the attempt to block the re-election of Donald Tusk – the former Prime Minister of Poland and the personal enemy of Kaczyński – to a position of a President of the European Council. Consequently, the Polish Prime Minister Beada Szydlo with visible discomfort decided to introduce and defend another, astonishing candidacy of Jacek Saryusz-Wolski, who has been a Member of the European Parliament paradoxically seated within the ranks of the rivals of EPP and Civil Platform. This strategy was neither understood nor well received from among the European leaders. And there is nothing strange about that. The framework of the whole operation may have been designed a couple of months before, but effectively the preparations to execute the plan had been launched only a handful of hours ahead of the summit. The sources among the Polish think-tanks that focus on the foreign policy confirm that there were not too many enthusiasts of such a desperate action even among the members of the cabinet of Prime Minister Szydlo, as the Ministers sensed that it all was bound to end in a massive failure.

The foreign Minister announced he would block all the EU initiatives and would approach the EU with ‘limited trust’.

Why was it then still carried out? For Kaczyński and his party it was a question of credibility. If they had supported Tusk, their own faithful voters would read it as an act of cowardice. They would criticize the consensual attitude and would believe that the government played below the level of possibilities, especially that Law and Justice had spent months repeating that Tusk is an enemy on the domestic grounds, who propagates a fight against the(ir) governments and who remains the political pion of Angela Markel, which servants’ position brings a dishonor to him, to Poland and to Europe. Moreover, Kaczyński is convinced that Tusk is personally responsible for the crash of the presidential plane in 2010 in Smolensk, which took life from among others, his own twin-brother Lech Kaczyński, then President of Poland. For that Tusk has been promised many times that he will be brought into justice and will see persecutor taking care of him. After the failure of the vote at the Maltese summit of the European Council, the conflict between the Polish Government and the President of the Council was dragged through a disgusting mud. That is even for the Polish political standards. Weekly magazine Tygodnik “Gazeta Polska”, which is de facto a partisan tube of Kaczyński, featured on its’ cover Angela Merkel and Donald Tusk styled as Nazis in occupied Warsaw. The Law and Justice controlled media called Tusk a ‘traitor’, suggesting that he may not be Polish at all and his reelection is the first step to push Poland out of the EU, which would then be apparently a strategy of Germany. The quite natural support of the German Chancellor for Tusk was painted to be evidence that the EU is nothing more then a vehicle of German dominance. The foreign Minister announced he would block all the EU initiatives and would approach the EU with ‘limited trust’.

What may come as a surprise is that the Polish government has an actual coherent plan regarding what to do in the next months.

It is quite possible that Polish government will not have to block or distance itself from anything, as much points to the fact that the leading EU Member States will detach themselves from Poland. This is what was read in the fact that Poland was not invited to join Germany, France, Italy and Spain at the recent meeting organized in Versaille. But what may come as a surprise is that the Polish government has an actual coherent plan regarding what to do in the next months. It entails building local alliances against Germany and lining up with all who will desire “Europe of two speeds”. The volunteers joining them, however, may be not too many, as the strategy is absolutely surrealistic – it is the same establishment that leans towards closer integration and wants to resist populism, and that Kaczyński himself holds in contempt assuming it responsible for the destruction of the EU. He said it directly himself: it is Merkel and Tusk, who devastate the Union. In parallel, the fixed ideas presented by Poland – such as enhancing the weight of the national votes and weakening the position of the European Commission by the occasion of the next Treaty reform can only take place if there is a broad consensus behind them. This is, in essence, the very same consensus that Poland rejects. In that context even the most obvious mechanisms – that politicians of EPP would support an EPP candidate – are taken by Kaczyński as effects of conspiring, international plotting and dirty lobbyism. Hereafter Poland becomes a hostage of a certain paradox, which is a nationalistic diplomacy. At the same time it insists that each country should be entitled to ruthlessly defend its respective interests, and it is disenchanted and furious, when it discovers when others do precisely that.

From that impasse Poland can only proceed alongside two paths. First would assume supporting all the pragmatic plans of the EU – which would entail announcing readiness to access the Eurozone, call for treaty reform, raising the question on how to secure EU external borders and how to enhance military cooperation. This may be possible, depending on the circumstances (here especially elections in France and Germany) and on (decreasing) willingness of the others to cooperate with such an unreliable partner that Poland has become. The second option would assume proceeding as if the EU ceased to exist – and that would mean investing in bilateral relations with the US, opening towards Belarus, warming up to Ukraine and endowing in Visegrad group. Though it may be unthinkable today, choosing that strategy could mean a rapprochement with Russia in the long term. As it looks today, the second of the two scenarios is likely to be pursued by the Polish government from now on. Most unfortunately.

The piece was originally published on progressivepost.eu