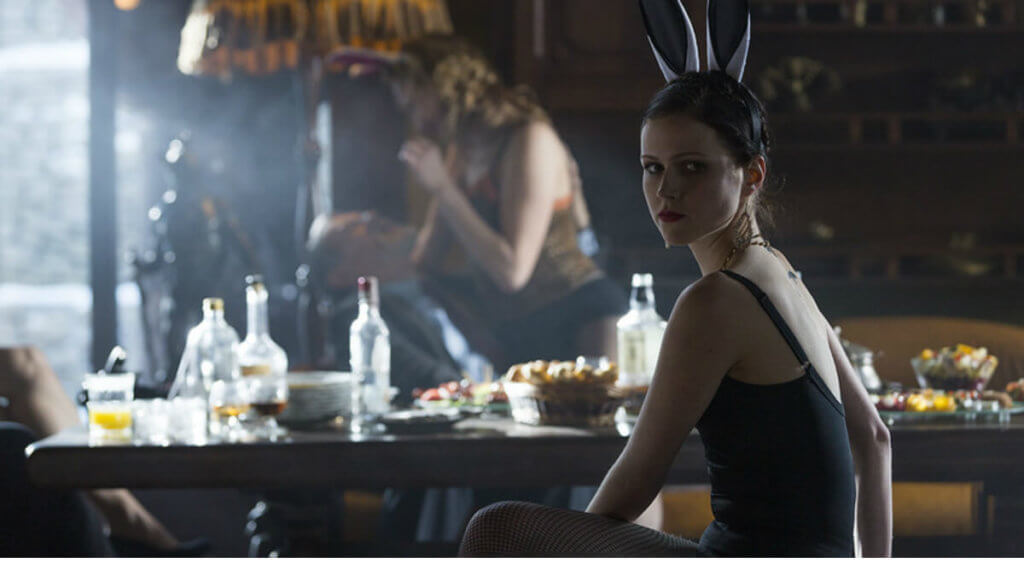 Photo still from "Spoor," a film adaption of Tokarczuk's novel "Drive Your Plough Through the Bones of the Dead."

The almost 900-page novel, The Books of Jakub, has won the Polish writer and feminist Olga Tokarczuk the prestigious Nike award – as well as her dismissal from Polish conservative circles. The book’s protagonist, Jakub Frank,  was a self-proclaimed messiah and renegade Jewish cult leader. As such, he puts more than one national myth into question: the first, according to Tokarczuk, is the topic of heresy in the 18th century, which is closely connected to today’s attitude towards immigrants. And then there is a second controversy, as revealed through Agnieszka Holland’s film Spoor, based on a novel by Tokarczuk, which raises questions about animal rights. “Our descendants will tell tales of our barbarism and lives in the midst of bloody slaughter,” says the writer.

Klára Kubíčková: The Books of Jakub took you six years to write. How is life after spending so much time with Jakub Frank?

Olga Tokarczuk: I am feeling great, I am free. Working on the book was a kind of obsession: my whole personal life, all the thoughts I had for six years, I gave to that book. I did massive research and had to mentally move into the courts of 18th century nobility and peasant houses for a long time. As if I had lived with them. Upon finishing the book, I felt such relief – almost as if I was cured after being very ill for a long time.

How did you find out about Jakub Frank?

Until 1996, I had no idea such a person existed. Then I found a copy of his Book of the Lord’s Words, written by his pupils and disciples, in an antique book shop. It turned out I was reading a mysterious, extremely unlikely history – it was an unreal story, full of action, like in an adventure novel. It was then I realized this was an important story in the history of Poland and that it falls to me, as an author, to make it accessible to more people. The fate of Jakub Frank was erased from the historical memory of both Poles and Jews; he was an inconvenient person for everyone. For the Jews he was a renegade, for the Catholics he was an embarrassing character. Even his children and grandchildren of his disciples did not want to admit their Frankist roots.

How many of them were there?

According to primary sources, Frank managed to gather almost fifteen thousand people, they converted to Christianity, some of them then came back to Judaism. People also had more children then, so the cult kept growing. They were not renegades in the usual sense of the word: they were city folk, middle class. It was an important group history does not tell much about.

Messianism is a foreshadowing of fundamental changes.

Where did Frank preach?

He lived in Ukraine, Turkey, the Balkans – then he settled in the Polish Podolia. Which, by the way, is where my father’s family comes from. Anyway, he was arrested in Częstochowa and upon release moved to Brno. He died in Offenbach. In spite of that, he did not affect as large an area as for example the Czech preacher Jan Hus, nor did his teachings have such a large impact. An interesting thing about this, however, is that in the West, the Enlightenment was forming, Denis Diderot lectured and so on. When Frank reached Offenbach, the French Revolution broke out; in a way, Frank was ahead of his time. Or rather the European premonition that the world needs to be changed was the same in the East and the West. Frank knew that change had to come, that the world cannot go on in this way. Messianism is a foreshadowing of fundamental changes.

It is similar. Back then in Europe, nation states were being formed, the old feudal world order was ending, the structure of the continent was undergoing changes. We are in an analogical situation today – people still insisting on the old order, not seeing the end of national states in Europe, that is just the last spams of a dying body. Frankists were the foreign, different religion that popped up in the homogeneous Catholic European space – and on their fate we can see the enormous price paid by all immigrants: uprooted from their old society yet not accepted by the new one. They are stuck in an extremely unpleasant vacuum, the bubble between spaces. We think immigrants only want to take – but their own loss is gigantic. I want the readers of The Books of Jakub to start thinking about the price every single immigrant has to pay for their decision to transgress the taboo of country or culture. And that this transgression is necessary in order for the group to survive.

Our post-religious world has heretics outside the Church. Economists, sociologists who spread new ideas.

What were the taboos Frank transgressed?

His entire doctrine was built on breaking taboos – religious, social. His sect had its own laws, its own hierarchy. His bodyguards were not men, but women – that was unprecedented! What was their training? Did they sleep with him? The orthodox Jews have cursed him as the greatest heretic.

So who are the heretics of today?

Our post-religious world has heretics outside the Church. Economists, sociologists who spread new ideas.

Definitely. Radical and moderate feminism, eco-terrorism. Poland even considers gender heretical thought. Polish Catholic society believes the very concept of gender is unacceptable. Going back to religion: today it is completely different than it was in the age of Christ or the Emperor Nero. But the Word is still the same. The goal of heresy is to face dogmas, revise them and dispose of them. Heresy is extremely beneficial. A weakness of the Catholic Church is that it denies women the option to actively participate in Church life – allowing this might feel like suicide for the Church.

Did women turn up often in the research you did for The Books of Jakub?

Rarely. What I am doing is bringing the women of that age back to life – the written history is not compatible with what was really going on then. There is no such thing as a world without women, but archives and history make it look like it worked that way. I had this issue with the Jewish women – a lot of sources talk of them as mothers or lovers, but often do not even mention their names. Do you know what “conjecture” means?

It is what historians and archivists call a text that is damaged, that contains gaps that need to be filled in. Writing The Books of Jakub was similar to this kind of work: I had the facts and had to fill in the gaps between them. And I had only incomplete mentions of the women whose fates I had to write about.

Isn’t there a risk of you distorting their fates by your modern optic?

But I did not pull those women out of thin air! They were there! There was a Frankist everyone was going to for advice, she had a function, charisma. One of the Jakub Frank’s protectors was Katarzyna Kossakowska, a political activist that could not participate in Polish politics because women could not have this kind of direct power. But her letters remained so I knew where to look. Another woman erased from history: the poet Elżbieta Drużbacka, author of baroque intimate poetry that still feels very modern. The mechanism of interpretation of history is cruel, it recklessly erased them from the pages of novels and textbooks. Only very erudite Polonists ever heard of Drużbacka. It is the same mechanism that erased women from the documents about Solidarity – they were engaged in it, but no one talks about them.

As long as the patriarchate lasts, these mechanisms will stay in place. As a writer, I thankfully have the power to create a world where women have power. I have the intense feeling that there are in fact two parallel worlds: the one traditionally perceived and the world of women. And often those two are not compatible at all. But it is not just about women: my feminism is based on a very simple egalitarian philosophy – along with the women, our society also shifts animals to the side. And I keep thinking: what would happen if we saw, say, immigrants killing animals as cruelly as our culture does? How would society react?

This brings me to the book, Drive Your Plough Through the Bones of the Dead, filmed by Agnieszka Holland as Spoor. How was it received in Poland?

In general, the patriarchal response to emancipation of women is to stigmatize using the label of hysteria.

It touched a lot of women. It also touches open-minded people who like stories with ambiguous endings. My heroine says in it that some, usually older, men suffer from testosterone autism – and those reacted badly to the movie. In general, the patriarchal response to emancipation of women is to stigmatize using the label of hysteria. No wonder the word originated with Freud at the time women’s movements were getting started. It is a magical word. When you need to stop, erase your opponent, you call her hysterical. The heroine, Jana Dušejko, is hot-blooded, she cannot remain cold, she drives men crazy so they call her hysterical. But she just does not like the cruel killing of animals. Actually, I was thinking of her earlier today and realized humankind needs three important inventions.

Contraception, the Internet, and pure meat. Meat grown in laboratories or home incubators can lead to a whole new dimension of humanity. We live in the midst of a slaughterhouse and manage to ignore that. Pure meat could end this massacre. Our great-grandchildren will tell shocked stories about the barbarism with which their ancestors murdered animals. Every household will have a tiny incubator into which you will put a little tissue sample – and in a day or two it will grow you a chicken leg.

Sure, but if you had told someone what the Internet can do fifty years ago, they would not have believed you either.

Klara Kubíčková
Klara Kubíčková is an editor at Mladá fronta Dnes, one of the biggest Czech daily newspapers.
> see other articles <