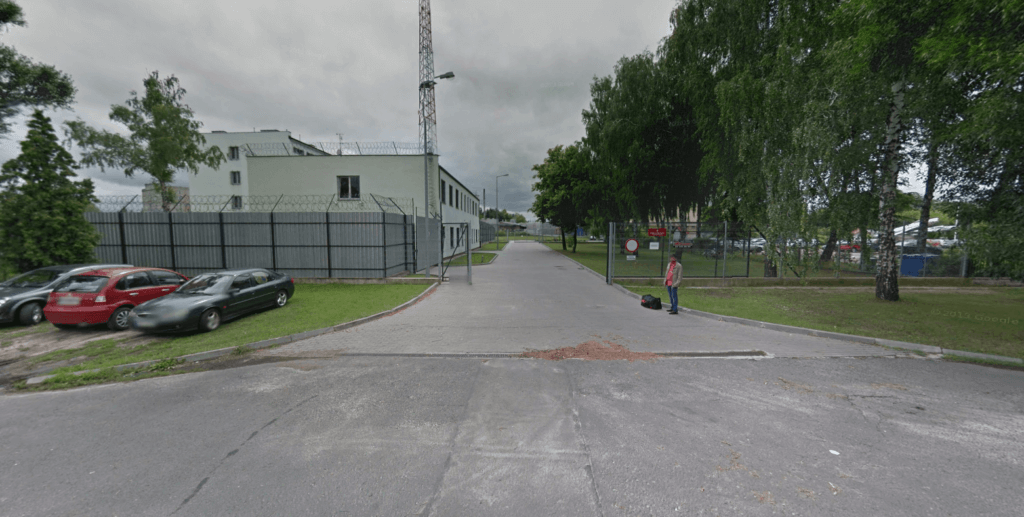 Photo of Guarded Centre for Foreigners in Biała Podlaska

Reports from people staying in the Guarded Centre for Foreigners in Biala Podlaska, who contacted the Ocalenie Foundation, show that inhabitants of the centre organized a two-day hunger strike in response to the centre’s decision to force one of the families there to remain for an additional three months. The hunger strike was followed by a demonstration to show the inhabitants’ solidarity with the family as concerned with the decision.

On the evening of 5 April, 2017, all the keyed rooms in the facility were locked. According to the people who contacted Ocalenie Foundation, during this time there was an attempt to deport one of the inhabiting families, which was met with resistance. Authorities then used tear gas on the family, deploying the tear gas directly into the room where the family was accused of initiating protest (husband, wife, two sons and daughter). Physical violence was also reported to have been used against the family. We have recordings that were sent to us by some of the inhabitants of the Centre discussing this. From the reports sent to Ocelenie Foundation, it is clear that people staying at the Guarded Centre for Foreigners in Biała Podlaska have been treated with violence and inhumane acts by authorities. For example, on one of the recordings one person reports that: “Suddenly someone opened the door, they started to spray gas. Everyone fell to the floor because of the gas, because they started to choke, plus they were holding us and beating us with sticks. Everyone was shocked. They damaged my husband’s spine, my daughter was screaming and crying out of fear, shaking, and I was shocked and did not know what to do. […] An ambulance arrived and said that everything is fine, and the security stood there laughing at us. They mock us like we are not human.”

The entire incident took place at the amusement and mockery of the security guards, with the husband and son of the attacked family being imprisoned overnight in the basement (each in solitary confinement).

This is not the first time we have received information about such atrocities, how people who are staying in guarded centres for foreigners are treated by guards and security personnel. We appeal for publicity on this situation and spreading the word regarding these tragic happenings. We firmly insist that both the administration of the Guarded Center for Foreigners in Biała Podlaska and central authorities clarify the situation.

*** Currently Ocalenie Foundation is trying to contact border guards and provide this family with psychological support and any kind of assistance they need.

Gagik Grigoryan
Gagik Grigoryan is a board member with Ocalenie Foundation and is an expert on immigration issues and asylum.
> see other articles <