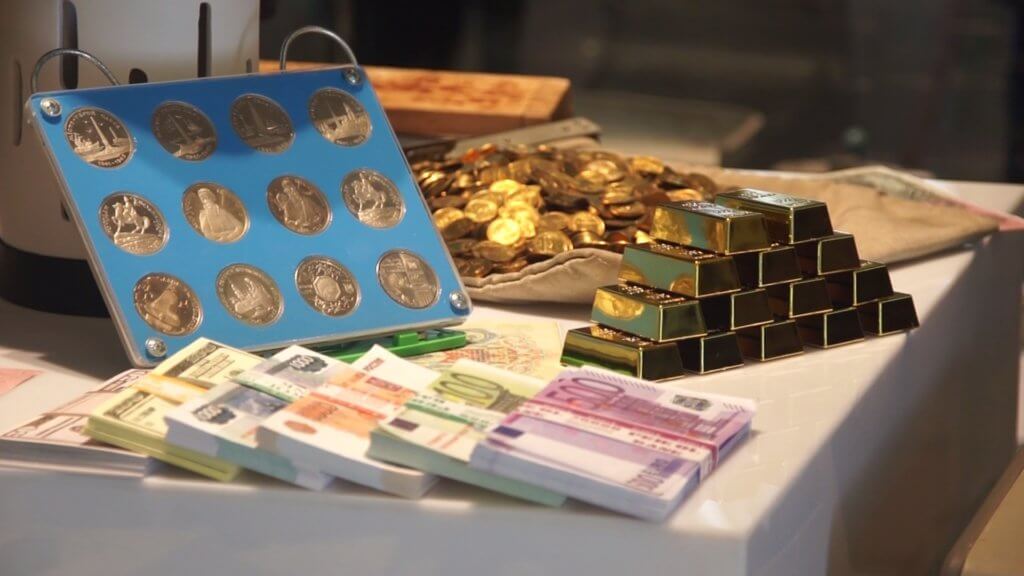 In October 2016, after much political struggle and several attempts to undo legislation disclosing the assets of Ukrainian officials, this new, EU-backed law has finally come through. It has been seen by many as a way to fight spreading corruption in the Ukrainian political class. However it has become, instead, a public display of the outrageous wealth of Ukrainian elites in a war-torn country with a struggling economy. It is not just the fact that some officials gain millions from shady sources which is so alarming, but that almost every one of them has done. As an illustration of the extent of this corruption, two-thirds of the 420 MPs in the Ukrainian parliament, it seems, are millionaires in a country with an average wage of less than $200. The public disclosure of the assets of Ukrainian officials is an act of sabotage of the Ukrainian ruling class, the impact of which we have not yet fully grasped.

This unprecedented act of sabotage against the existing political consensus will have more far-reaching consequences than the purely the wave of indignation on the social media sites of Ukrainian people.

What is particularly ironic in this story is the fact that the currently dominant faction of the ruling class, namely, the pro-presidential segment of Ukrainian society, had used — either consciously or by chance, but, in any case, quite successfully — this very tactic, the revelation of social disparity, against the younger, enthusiastic political opponents of the so-called ‘Euro-optimist’ faction. In September, the media, serving the interests of the current president, used the seemingly apparent, but never articulated, disparity in income of ‘top’ journalists and the executives of key NGOs (the core of the Euro-optimist group), and the constituency they claimed to represent, namely the educated middle and lower-middle class. Now a similar blow has been dealt to the political system, and, to be honest, I cannot but rejoice in it.

The biggest mistake commonly made by commenters is to find comfort in resignation and cynicism, declaring, ‘but we knew all this anyway,’ ‘what is so surprising about it?’, ‘everybody knows they steal in the millions’, and other similarly defensive, but disengaged, reactions. Nothing could be further from a true understanding of the situation and its possible consequences. This situation might be seen as analogous to adultery; while you may have ‘known’ for ages that your partner is cheating; you are still deeply shocked by the evidence. Or, to offer a more serious, contemporary example, take reports on the murder of civilians in Iraq, accounts of torture in Guantanamo, or documentation of mass surveillance by the NSA. It would be naive to believe that the American public did not suspect the truth of the methods, and their consequences, of the army’s and the security service’s involvement abroad. However, facing this reality, and attempting to change it, began only after Snowden’s revelations, and the evidence presented by Wikileaks.

This is just what has happened in Ukraine. Of course, everyone ‘knew’ that government offices are often occupied by egomaniacs with an uninhibited reflex to accumulate wealth. However, the public had never faced the reality of the scale on which the country had been robbed, protecting themselves from recognizing it through a screen of political shows and parliamentary debates.

Of course, only a minor fraction of all the assets controlled by the ruling class has actually been disclosed. The rest remains hidden behind chains of fake, offshore companies, with family members, drivers and guards as the nominal owner, or concealed by any of a dozen other means available to the ruling elite. However, this does not diminish the importance of publicly exposing the immense economic disparity between the ruling class and the country’s population.

Equally ridiculous are the clumsy attempts at trolling made by some government officials, such as the ‘a space flight ticket’ claimed in the asset declaration of the Dnipro mayor Boris Filatov, or the deliberately ‘mistaken’ attribution of billions to his own account by the MP, Serhiy Melnychuk. Although this is evidence that, on some level, the ruling class senses the danger of such disclosures, at the same time, these cases only confirm a complete lack of understanding of the daily life of the people they govern. For someone living on $80-120 a month, and spending more than half of that on utilities, the difference between a million and a billion hryvnias is beyond his comprehension. While such public disclosure may not result in social revolution, the transition from unrecognized ‘knowledge’ to a documented reality of the fundamental difference in social interests between the ruling class and other social groups seems invaluable to me. Sure, such revelations could well result in the terrifying descent into far-right populism, but without such disclosure and accountability, real social change looks impossible to me.
A telling aspect of the public reaction is the question, ‘When will they finally have enough?’, or similar, less direct, expressions of incredulity, neatly summarized in a Facebook post by ‘Koks Kwasniewski’;

‘Apartments, cars and dollars,
paintings, Faberge eggs,
when will you finally get enough,
assholes?’

The very formulation of this question demonstrates a basic misunderstanding of the ethics of capitalists, and its local variation, the Ukrainian political class.

Capitalism is not so much an economic order as an ethical, or rather, religious category.

Any attempts to describe it in terms of personal happiness, or the number of consumer goods needed to put an end to profiteering and merely enjoy your life, are doomed to fail.
Popular culture offers an insight into the ethical norms of Ukrainian capitalism, which is inextricably linked in the Post-Soviet area with controlling power flows, from the sequel to a classic of capitalist society, Wall Street. In Money Never Sleeps, a young financier Jack, asks an older colleague ‘How much money do you need to quit and just live your life?’, and receives the, surprisingly honest, reply; ‘More’. In this respect, our public officials are no different from western capitalists, and there is no hope that they will ever have enough.

Unfortunately, contemporary Ukrainian political thought seems to be incapable of offering anything more constructive. Finally, it is interesting to note that the banking sector did not show any reaction to the two million dollars, rather than hryvnias, disclosed by the head of the National Bank, Gontareva. Perhaps it would cause complete panic if Gontareva had actually kept her savings in Ukrainian national currency. Such an act would destroy the confidence of investors in the head of this major financial institution, and they would rush to withdraw their capital from this doomed country.