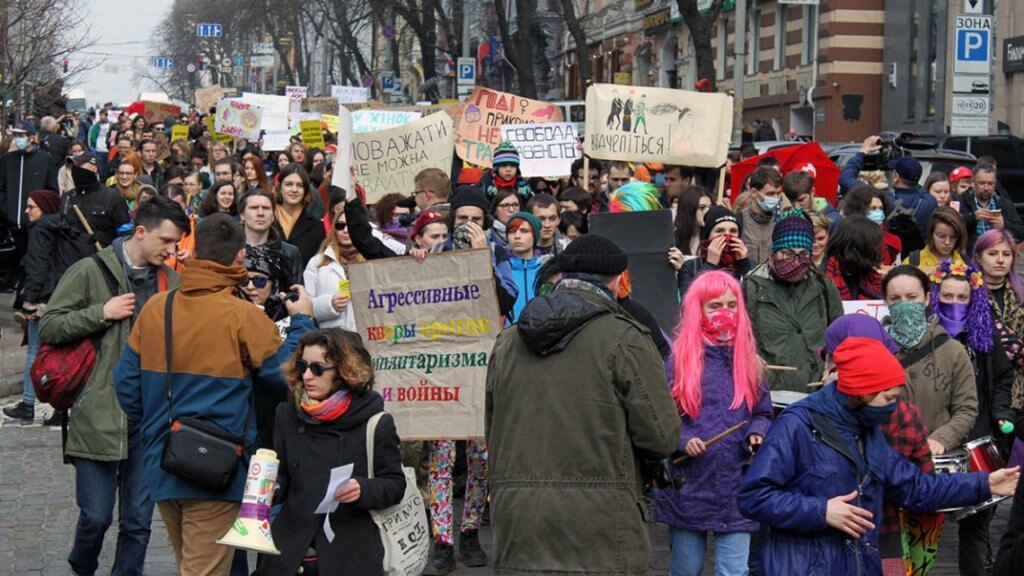 The central theme of this year’s feminist demonstration in Kyiv, Ukraine, was the fight for eliminating violence against women, which is extremely prevalent in all parts of the world and spheres of people’s lives. For Ukraine, it is an especially important struggle due to the context of the war conflict in East Ukraine.  No official statistics on gender violence in combat zones exists have been offered as of yet, but human rights organizations continually report more and more incidents of gender violence in the combat zone happening more frequently. These reports show that such acts of violence are taking place at checkpoints, in illegal places of imprisonment (so called “cellars”), and in families of ex-servicemen (on the both sides of conflict). Another important topic of the demonstration was a critique of the state “decommunisation” policy, and the initiative of the Ukrainian Institute of National Memory to abolish the celebration of International Women Day, relegating it as a “Soviet holiday,” and replace it with Mother’s Day.

Gender violence is increasing in combat zones, at checkpoints, in illegal places of imprisonment, and in families of ex-servicemen.

An unprecedented amount of participants in this year’s demonstration was achieved due to the great mobilizing power of many feminist, leftist, and anarchist groups, as well as from representatives of LGBT-communities and human rights organizations. Included as representatives with human rights organizations were sex work activists, who state their aim is to achieve decriminalization of sex work in Ukraine. Many human rights speakers also raised serious concerns regarding the implementation of the Istanbul Convention in Ukraine, which Ukrainian Parliament failed to ratify and subsequently postponed, as several members of Parliament argued that several of the convention’s provisions are not ‘gender’ appropriate for Ukraine.

Concerns were raised over Ukrainian Parliament’s failure to ratify the Istanbul Convention, which was postponed due to some members arguing that some provisions weren’t gender appropriate’ for Ukraine.

Unfortunately, violence erupted during the demonstration, initiated by opponents of the march even before the demonstration began. A group of six people wearing masks, four of whom were later taken into police custody and identified as members of far-right group Revansch (meaning “revenge” in English), attempted to throw bright green disinfectant on the activists. One other physical attack also took place after the demonstration, when participants were returning home, but no serious damages were reported.

Nevertheless, in spite of such street violence (and despite the military conflict) during this protest as well as at several other protests in other big cities of Ukraine, the struggle for women’s rights in Ukraine only continues to grow. 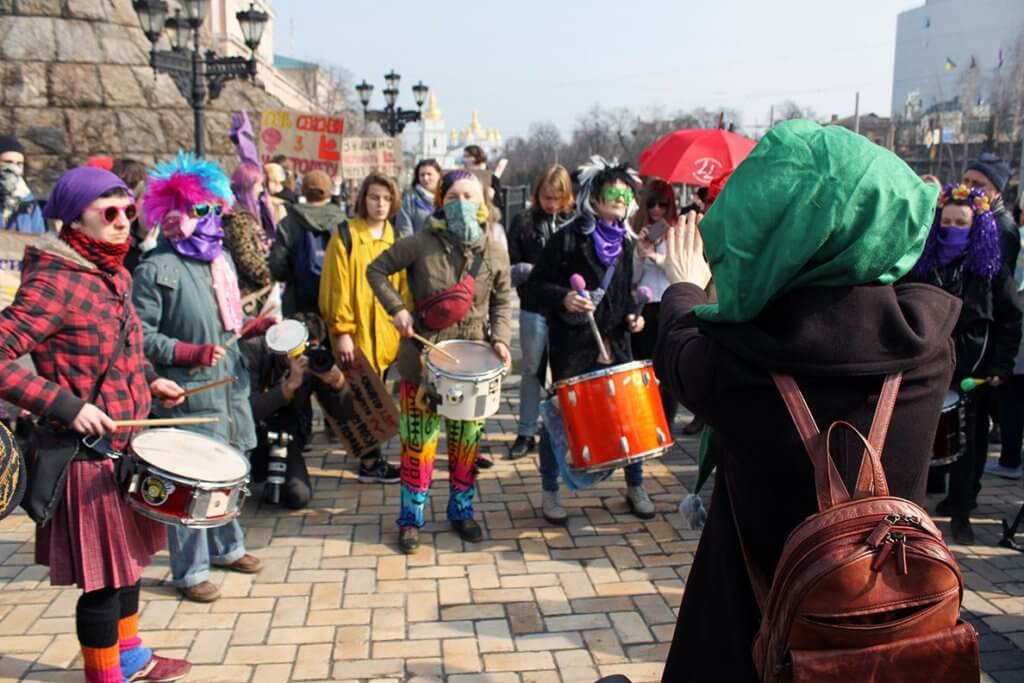 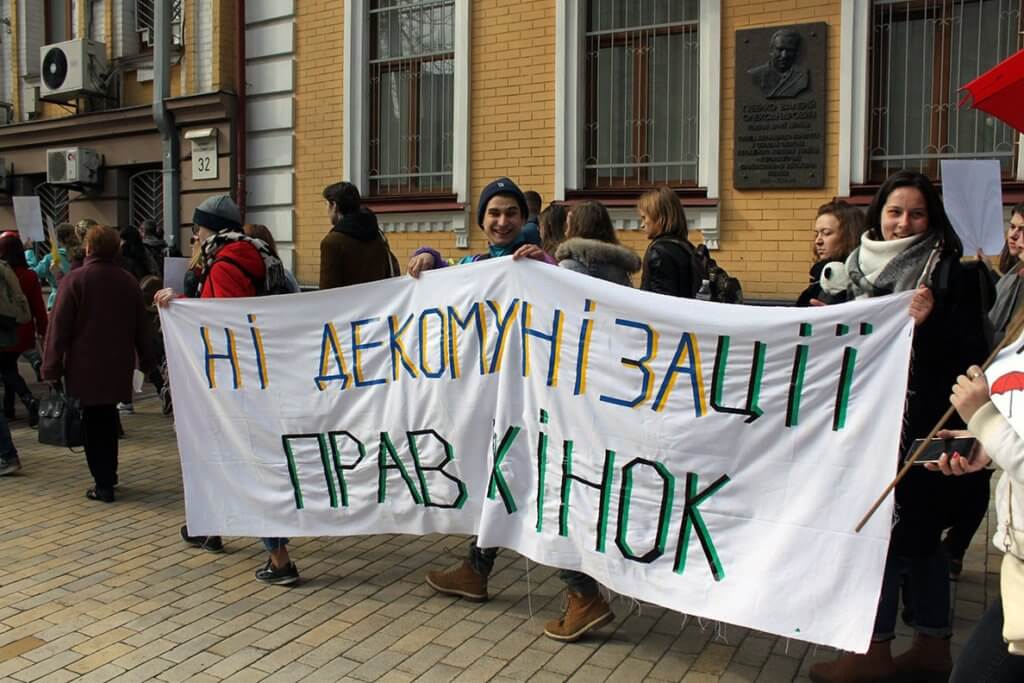 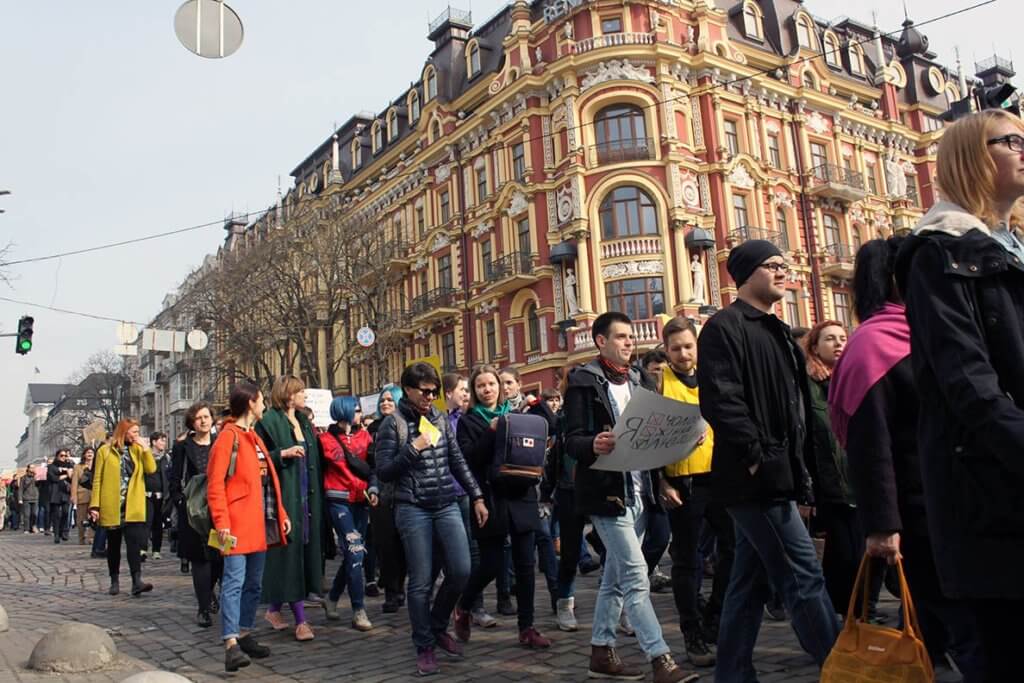 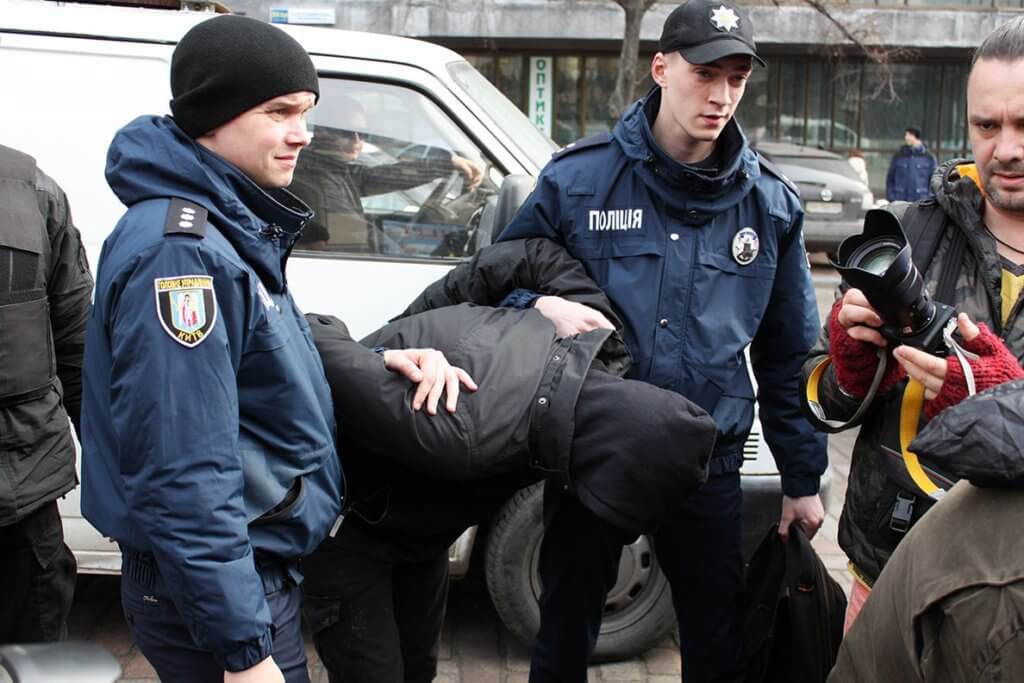 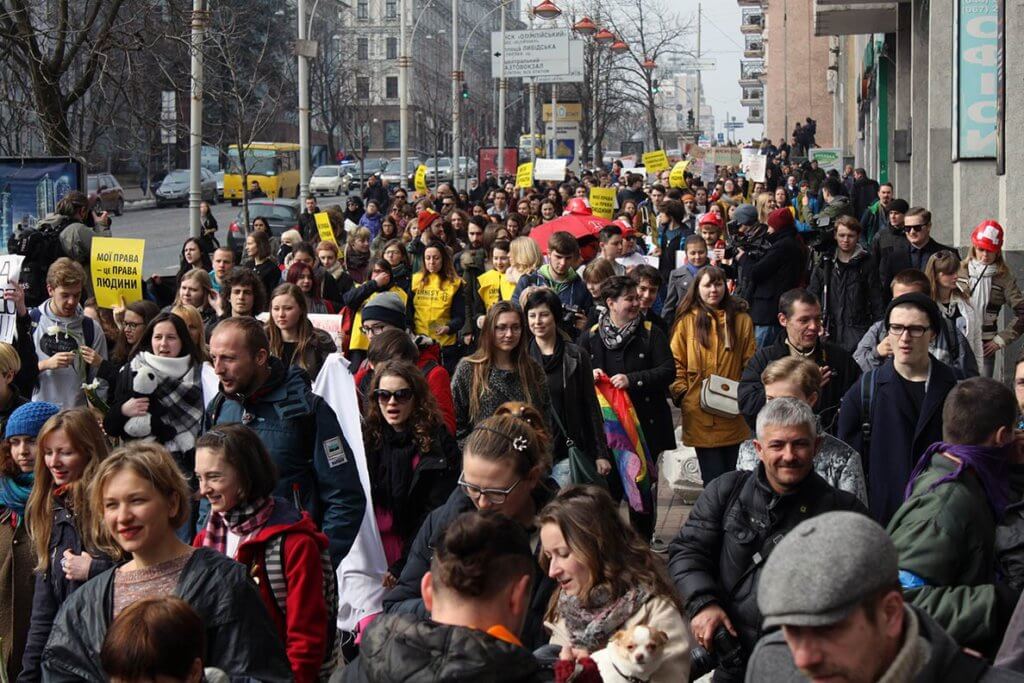