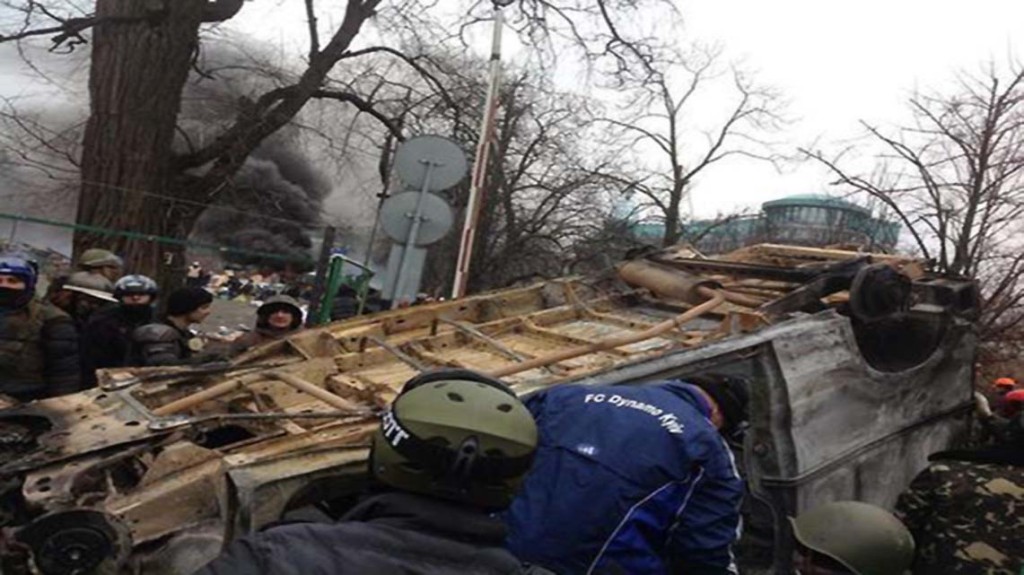 [dropcap]U[/dropcap]krainian authorities proclaimed February 20th the day of national mourning, in memory of recently killed during the protests. There was an announcment of armstice, however on thursday morning the riots turned bloody yet again. According to unofficial messages, 40 died in clashes between the protesters and Berkut (Riot Police Units).