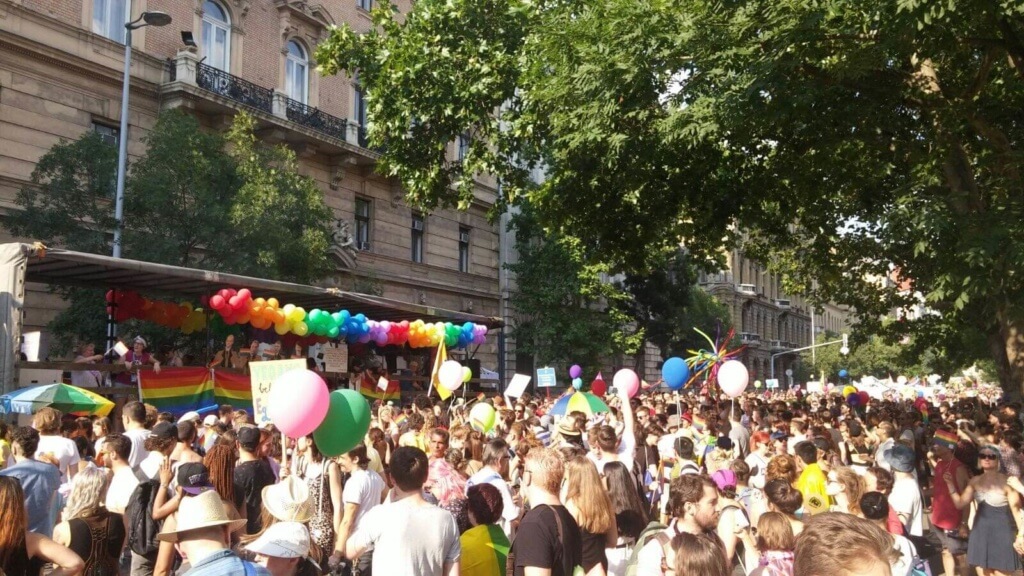 On Saturday, around ten thousand people took to the streets of Budapest to celebrate love and call for the equality of LGBT people. The 21st edition of Budapest Pride was held without any major incident and contrary to previous years, no counter-protesters were spotted on the scene. Due to violent attacks against the march that have been going on since 2008, Budapest Pride took place on streets sealed off by cordons and with a robust police presence. This year the cordons and the extreme security measures stayed in place despite the growing demand for once again opening up the march to the entire city. The lack of counter-manifestations might provide the organizers with a strong bargaining chip next year, when they will try to persuade the police to scrap the cordons.

Kettős Mérce
Kettős Mérce is a left-wing activist website devoted to Hungarian and international politics, with a special focus on issues related to equality, solidarity, social rights and disenfranchised people. It is involved in activist-based mobilization and in the support of progressive social movements.
> see other articles <