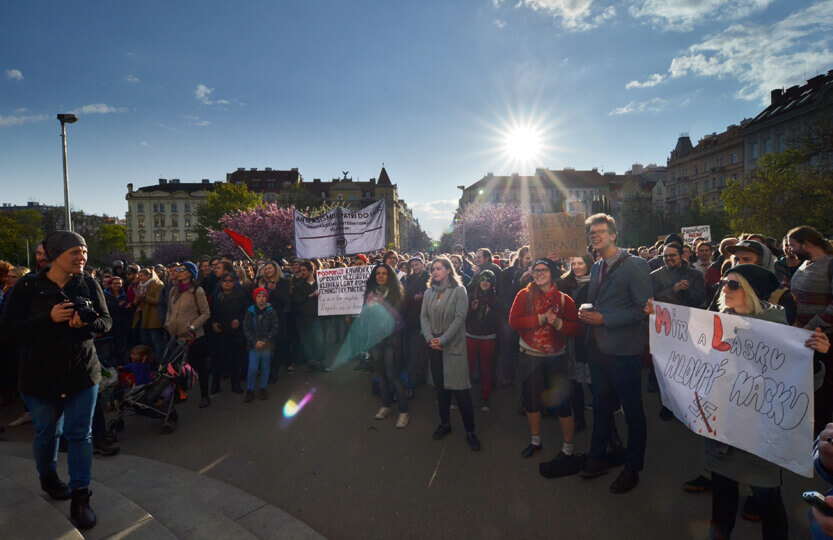 Over 1000 people gathered yesterday on Jiřího z Poděbrad square in Prague in order to protest attacks that had occured over the weekend. During the early hours on Sunday, unknown attackers sprayed graffitti with neo-Nazi symbolism and the slogan “Death to HateFree” on several  cafés and shops. They thus directly attacked the HateFree Zone project, which all the affected venues were participating in. The project brigns together establishments that guarantee their customers they will not be met with any hateful attacks on their premises and that they welcome everyone regardless of their affiliation with any “ethnicity, religion, sexuality, subculture or other social group”. Speeches at the demonstration were given by Olga Pavlů, director of the parents’ centre Kašpárek in Pardubice (herself a victim of hateful attacks), Adam Podolka from HateFree Culture, or a representative of the Hlavák initiative, which offers voluntary help to refugees. Although the event was in support of the affected cafés and shops, the majority of speakers also took a stance against the growing displays of hatred in Czech society.

This story was originally published on A2larm.cz.