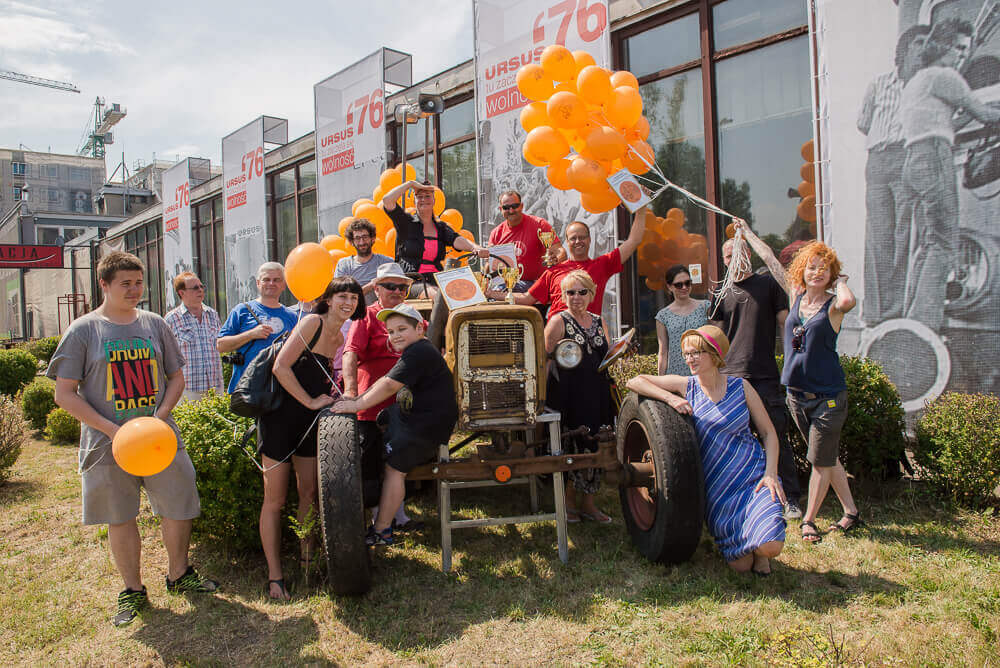 Ursus was a Polish manufacturer of agricultural machinery, located in the eponymous district of Warsaw. The company was founded in 1893, and in 1922 it produced its first tractor, which the factory was mainly known for. In 1960, the factory started to produce the legendary C-325 tractor model. After 1989, production declined  due to debt resulted from the Ursus expansion programme in the 1980s. After that the company was repeatedly restructured and divided into the smaller companies, which weren’t competitive any more. In the end the company went bankrupt and was closed in 2011.

Krytyka Polityczna has been involved in the commemoration of Ursus’s industrial heritage since 2014. In June 2014, Krytytka Polityczna organized the project “Zakłady. Ursus 2014” curated by Jaśmina Wójcik, Igor Stokfiszewski, and Izabela Jasińska. The main event was a “Tractor Parade”, during which tractors drove from the centre of Warsaw to Ursus. The main idea of the festival was to start a dialogue with the history and identity of the industrial Ursus district, the integration of its residents, and introduction of other Warsaw citizens to the history of the Warsaw former industrial district. Another project which was very popular among the local Ursus residents and former workers was an acoustic walk through the former industrial plant. The first walk took place in 2013, and was organized by Jasmina Wójcik.

The history of the Ursus  factory is now commemorated with a monument, which was officially unveiled in Ursus on Saturday 25 June. This “monument” – more of an artistic installation made of parts of old models of tractors and trailers produced by the Ursus factory – was built in coopearation with the Ursus council and Krytyka Polityczna. The installation, which now proudly stands in front of the local council building, was created by former employees of the Ursus factory with the assistance of the public in an open workshop on the morning before the monument’s unvelling. The tractor serves as a reminder of the industrial heritage of Ursus and returns memory to the factory’s workers, commemorating the value and significance of their labour.