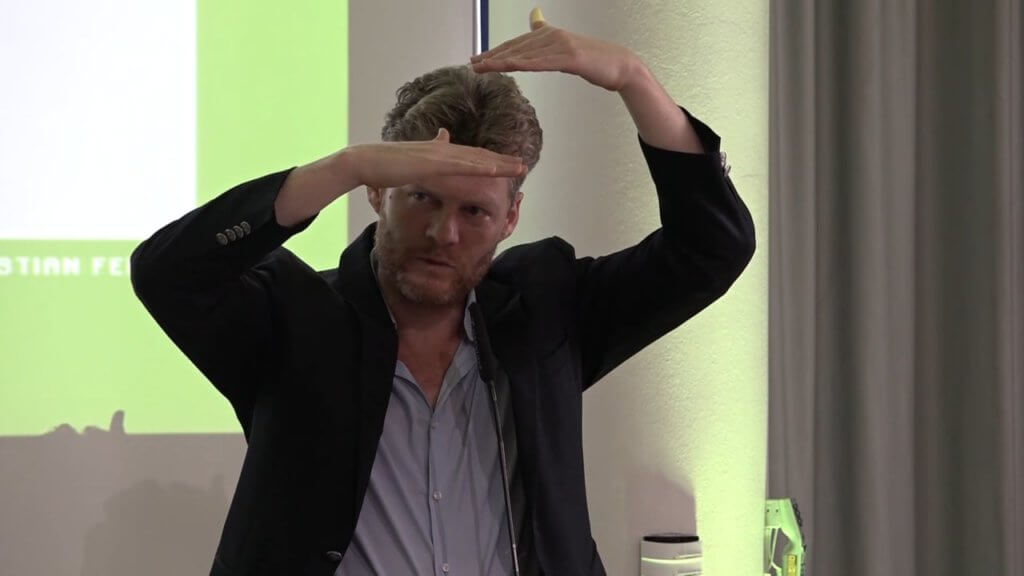 Marcin Gerwin: Let’s imagine that you were prime minister of a country in Central Europe. What would you do to improve the economy?


Author and activist on issues of social justice, democracy and economics. Initiator of the projects “Economy for the Common Good” and “Bank for the Common Good”. Co-founder of the Austrian branch of Attac. His most recent book is “Geld. Die neuen Spielregeln”.

Christian Felber: I would do the same thing that we propose to do in Austria: I would invite people to gather in their communities and discuss the 20 most important cornerstones of the economy – what’s the goal, how do we measure success, what are the types of property, its limits and conditions, what are the models of social security?

So you would start with democracy?

What would be the outcome of such a process?

On the example of property, the result could be a mixed model of government. There would be public companies but only dealing with strategic resources. Then there would be private companies but they would have to fill in a Common Good Balance Sheet in order not to harm anybody.

The Common Good Balance Sheet is a tool to measure the degree to which the company adheres to the fundamental values of democratic society. These are usually anchored in the Constitution: solidarity, justice, sustainability, democracy and dignity. In a Common Good Balance Sheet every stakeholder evaluates the company based on these principles. We also measure the dignity with which the company treats its suppliers, investors, employees, clients, future generations, the broader community and the planet. This instrument already exists. So far it has been implemented in around 400 companies on a voluntary basis. But the five fundamental values of democracy are identified by the people.

What if the people were given a fully democratic choice, would they not just create capitalism again?

Absolutely not, there is no chance of that happening.

Because I would impose one thing: the procedure of decision-making. And according to this procedure there would be the space for many different proposals, not just one or two. Not capitalism or communism. It is pluralistic. Then we would measure the resistance towards every proposal.

We have empirical evidence that extreme options never win in this procedure. They always lose.

But capitalism is currently a mainstream economic model, not an extreme.

Not according to the people. They live in capitalism, but if they had a choice, they would vote against it. Always and everywhere . In its current form it would be rejected. For example, in Germany there was a survey on whether the success and progress of economy should be measured by GDP, as it would be in capitalism, or by a Common Good Product. Only 18 per cent of people in Germany supported GDP. And in that same survey conducted by the government, 67 per cent answered: “No, we would like to replace GDP by a Good Life Index.”

Another example: people were asked in China, in the USA, and in Germany whether they were satisfied with the current degree of income inequality. The answer was a resounding “no”, scoring between 70 and 80 per cent in every country. So if the decision were up to them, they would decide to diminish the inequality. Of course, they would not eliminate inequality completely, because that would be another extreme and there is strong resistance against total equality . It turns out that the highest income difference the people would tolerate is 1:10, from lowest income to the highest. That is the wisdom of the people. I trust them. Capitalism would mean no limit of inequality and I am sure that there isn’t a single part of the economy where people would vote for capitalism.

What is the alternative to capitalism, then?

The alternative is the economy for the common good, of social good and ecological good. Economy should be about the well being of all human beings and all living beings, including nature. Its success is not measured in financial returns, profits or GDP growth, but in the investments the companies contribute towards the common good. It is an alternative that already exists.

However, if your aim is not GDP growth anymore, where would the jobs come from? Do you think it is possible to create job opportunities for all those who want them within the economy for the common good?

Companies in the private sector can be given incentive to create enough jobs. For example, they would not distribute profit to their owners but they would have to reinvest it within the company itself. And this means opening new positions and a better employment situation. The state can create public employment as well, for between 10 and 30 per cent of the working population. It can give incentives to private sector to create jobs from public procurement, ranging from tax incentives to conscious technological, regional and industrial policy. Then there is also an informal economy, like subsistence; we can grow things on our own, make things with our own hands or make repairs. That is both fun and meaningful. Of course, this should not fill up the whole day but as a complementary option it has been proven that it makes us happier. We can also share and cooperate in collaborative networks based on exchange. This is neither the public nor the private sector. The rules of the economy for the common good say ‘let’s create all of these sectors’. And the whole mosaic does not work, and we don’t have full employment, which is the goal, then the last resort is the state.

Another option is, of course, the reduction of working hours. In Austria, the ecological footprint is 4.8 times above the limits of the planet. In the end, we have two options: we can either reduce the working hours by 75 percent or we can increase ecological productivity by 400 percent. Maybe we can meet in the middle. Maybe it would not be 5 per cent of the population working on farms, but 10 per cent. Currently, farming is part of the private sector because farmers sell goods on the market but there is also space for subsistence.

Who would create money in this system?

We were quite clear about that, all money should be used for the public good. That means several things. First, democratic society makes the rules of the game. Second, the sole creator of money is the central bank in order to stop the current practice of commercial banks creating 90 percent of the money. Then the profit made by creating money goes to the people rather than to private banks.

What about the interest rates on loans, then?

My personal preference is that loan interests should be principally zero. In order for banks to survive, they can have a margin of 2-3 per cent. Therefore, the interest on saving would have to be minus 2-3 per cent. If you give it any thought, you will realize it benefits 90 per cent of the population. Today we have 10 per cent of the population being net interest winners and 90 per cent being net interest losers. That is because we have a positive interest system. If you switch to the negative interest system, this relation will be turned upside down. Companies will be free from the obligation to grow.

How much interest is there in creating the Economy for the Common Good?

Marcin Gerwin
Marcin Gerwin holds a PhD in Political Studies. His interests include sustainable development and participatory democracy. He is a columnist and journalist, and co-founder of Sopocka Inicjatywa Rozwojowa.
> see other articles <