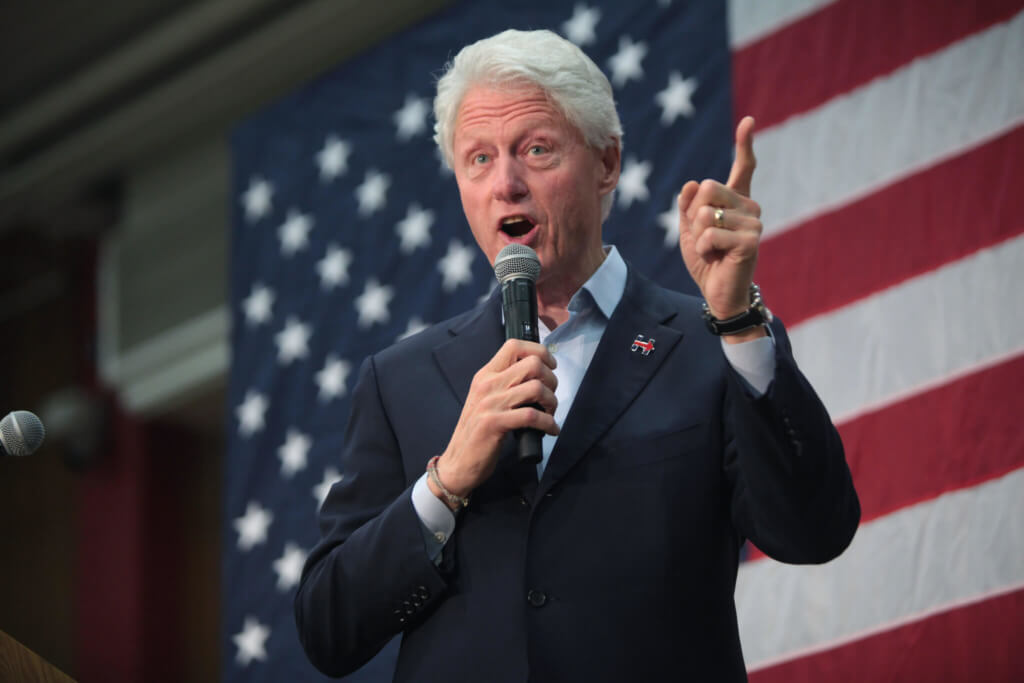 In the middle of May, at a campaign event of his wife, Hillary Clinton, former US president Bill Clinton spoke of the authoritarian choice countries like Hungary and Poland have made. “Poland and Hungary – two countries that would not be free but for the United States and the long Cold War – have now decided this democracy is too much trouble, they want Putin-like leadership, just give me an authoritarian dictatorship and keep the foreigners out”, he declared, while making allusions to Donald Trump’s similar appeal and arguing for another type of political leadership – that of his wife’s.

The words of President Clinton reek of imperial arrogance coupled with imperial ignorance. Talking about entire countries and societies as incompatible with democracy, or not willing to see the virtues of “liberty” is not worthy of a person posing to be a progressive. This kind of essentialization is also not worthy of a person who, in his next sentence, condemns the similarly short-sighted remarks of a political opponent who labelled all Mexicans killers and rapists.

Democracy is not a thing that is essentially tied to some nations and incompatible with others. Democratic and anti-democratic tendencies are present in any given society, and the nations of Central and Eastern Europe had their fair share of the fight for freedom, equality, and justice. And they had also had their fair share of abominable dictatorships. One general rule for somebody claiming to be a liberal or a progressive is to refrain from sweeping generalizations based on these historical events. Similarly as we refrain from sweeping generalizations about the United States when we see Donald Trump on television, or read about the numerous right-wing dictatorships the CIA has supported.

Clinton’s statements would not deserve too much attention and should not be blown out of proportion, after all they were made in the context of a domestic campaign event with the aim of de-legitimizing Donald Trump rather than bashing the people of our region. However, we cannot pass over these sentences, and not because we are necessarily offended by his ignorant remarks on how the US “liberated” the countries of Eastern Europe, but rather because his attitudes helps us understand a couple of things about the situation we are currently in. About the quasi-authoritarian leadership that countries like Hungary and Poland now have.

Without substantial social welfare and material redistribution, democracy remains the privilege of the few, and ultimately a false promise.

One overwhelming reason why the authoritarian, populist right became so successful in post-socialist new democracies has to do with the way in which democracy came to be interpreted in this region: as a purely formalistic construction with rights guaranteed by laws and free elections and with a necessary bond with unfettered free markets, democracy proved to be an immense lie for millions of citizens. Without a social aspect that would be guaranteed by limits put on free market capitalism, the civic rights allegedly belonging equally to everyone became only a privilege of some people, while others, the workers, the poor, the homeless, etc. did not get the material conditions necessary for exercising these formal civil rights. Without substantial social welfare and material redistribution, democracy remains the privilege of the few, and ultimately a false promise.

Along with his contemporaries and colleagues on the entire European centre-left, Bill Clinton gave way to the ideology that unfettered capitalism is a precondition to democracy. And in this way, he and his colleagues proceeded to dismantle as many social checks as possible on the capitalist economies in their own countries, while they helped the dissemination of these ideas in the newly liberated countries of Central and Eastern Europe. Post-socialist elites of this region were mesmerized by these ideas which led to tragic levels of poverty, deprivation, disenfranchisement, and frustration.

The surrender of European progressives to the neoliberal right and the de-legitimization of the ideals of social justice and equality made the authoritarian, chauvinistic, racist, and exclusionary right seem the only alternative.

Along with his contemporaries and colleagues on the entire European centre-left, Bill Clinton gave way to the ideology that unfettered capitalism is a precondition to democracy.

With popular grassroots movements demobilized either by the dictatorships of the 1980s or by the utopian promise of free market capitalism, the elites that managed the regime changes in the region were not pressured to build in mechanisms for the equitable distribution of material conditions necessary for the exercise of new-found civic liberties. And failure was coded into the project.

So after all, if he wants to find out why Poland or Hungary, or the United States, for that matter, turn towards authoritarian right-wing populists, Bill Clinton should not look for mysterious reasons and should not indulge himself in the idea of incomprehensible Easterners, but start uncovering the political and ideological mistakes of the political elites from the last couple of decades. Of which he is a prominent member.