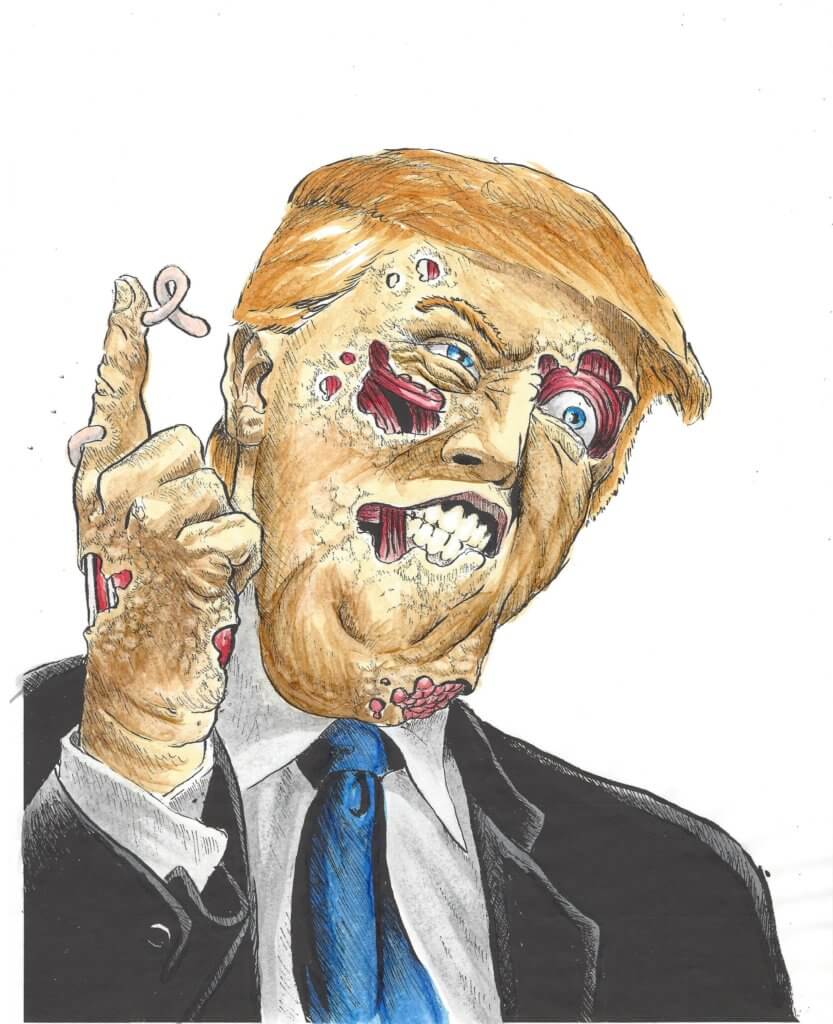 In the aftermath of the 2016 presidential election, it was clear that Donald Trump’s victory relied heavily on the white working class vote. It’s a well-known fact that his rhetoric and ideology resonates particularly well with this class, as he speaks effectively to the feelings and experiences of the victims of an increasingly globalized economy and the subsequent decline of American manufacturing.

As the frustrations among working class voters emanate from the pitfalls of globalization, it should be clear that the basis for Trump’s victory tells a story much larger than that of the 2016 election. The frustrations among Trump’s voters tell us something about the fundamental mechanisms of today’s globalized capitalism.

In the today’s world, capital moves around the globe effortlessly. It easily crosses national borders, always finding the cheapest and most efficient place to produce its commodities. The preachers of the free market are excited by the mere thought of how the market, with fluid elegance, lets itself equilibrate by balancing supply and demand. From a strictly economic standpoint, this development only entails advantages. These are the advantages of cheaper goods, more efficient production, and allegedly higher economic growth.

But these economic structures don’t just produce the material goods of society. They also produce a lot of society’s meaning and identities.

People’s identities to a large extent emanate from their place in the system of production. They work as distinguished lawyers, proud and strong coal miners or caring doctors. People tend to find their social value and dignity through their professions.

The question is what happens to people’s identities when companies move their production to other countries and thereby remove the economic ‘base’ of these identities. What happens to the proud worker of a car plant when most of the car plants move to the other side of the globe where labor is cheaper? What happens when a factory worker doesn’t have a factory to work in anymore?

A naïve form of Marxist materialism might expect these working class identities to wither away as their economic base is removed from underneath them. The American election shows us, however, that this is far from the case. As parts of the proud American working class are robbed of their economic foundation, as factories and plants are outsourced to other countries, their identities don’t just disappear into thin air. If anything, they seem to get stronger.

Trump’s angry working class voters are an example of how capital, as it moves around the globe, leaves behind a trail of what we might call zombie identities. These are, for instance, former factory workers who used to find their dignity and meaning through their profession but are now deprived of that meaning. As they lose their jobs, they don’t just lose their income. They are also challenged in their ability to regard themselves as valuable members of society. The zombie identities are characterized by their refusal to accept this loss of dignity and meaning; the will to sustain the identity as a valuable working man endures even when there is no longer any work. Although these identities are, economically speaking, dead, they nonetheless live on.

Rather than withering away, the working class identities, in a sense, become stronger as they fiercely try to recover their former dignity.

Cities like Detroit and other de-industrialized towns are among the greatest examples in our time of capital flowing into a city, creating buildings and institutions, only to pull out again and leave an empty shell behind. What remains is a ghost town, with vacant buildings still standing as a thinly-drawn sketch of a bygone metropolis. The abandoned factories are precise metaphors of how meaning and identities are left behind, still standing, but deprived of their content. The windows are shattered, grass begins penetrating the asphalt, and thus the physical institutions of capital remain standing, appearing at the same time impotent and frightening.

The loss of meaning doesn’t even have to emanate from a complete loss of work. For many workers, it can even be the result of transferring from a blue collar job to a (often low-paying and less meaningful) job in the service industry. This transfer frequently entails a feeling of emasculation for male workers.

Zombie identities try to recover their former glory in two ways. First, they attempt to find probable reasons for their social decline. Well-known solutions to this include blaming immigrants or China for the loss of jobs. Secondly, they try to restore their social value by establishing an alternative hierarchy. Racist and xenophobic ideologies contribute to this by establishing an ethnic hierarchy where the white worker, by definition, is more valuable than the entire population of immigrants and ethnic minorities. By establishing these alternative hierarchies, they allow themselves to claim a higher social value than the one they hold at the bottom of the socio-economic hierarchy. They go from being at the very bottom of the social ladder to being above more than half the population (even higher if they also adhere to a male chauvinist ideology). In this way, zombie identities are in a sense characterized by getting stronger rather than weaker at the loss of their economic base: As they lose their material foundation they violently try to recover their former social value. Violent outbursts, whether they are physical or symbolic, often stem from a feeling of powerlessness.

Racist and xenophobic ideologies thus serve a whole range of purposes for people left with zombie identities. They both serve to recover their dignity and to explain how they lost it in the first place. Furthermore, they serve as an outlet for the extreme amount of anger and anxiety which comes from victimization at the hands of global market forces.

With no alternative leftist narrative to effectively criticize and analyze global capitalism, the anger needs another outlet. This outlet is offered in the form of xenophobia and racism.

People with zombie identities aren’t satisfied with the regular spiel about the inevitability of the mechanisms of global capitalism and free trade. The greatest problem for victims of global market forces is that these forces are almost completely faceless and anonymous. Nobody is really responsible for the decline of American manufacturing industry as it automatically adjusts to differences in the supply and demand of labor. The closest we can come to responsible parties are the long-gone politicians and lobbyists behind old trade agreements.

It can be difficult to blame the structures of global capitalism because nobody really seems to have any control over them. What populist movements (like Trump’s) offer is to put a face on these frightening developments. By blaming immigrants, populists make the faceless structures of global capitalism into a substantive ‘enemy’. And by doing that, they make it possible to offer a fake solution of removing the ‘enemy’.

One of the biggest paradoxes of right-wing populism is that working class voters often end up supporting it as a direct result of the failures of the unconstrained free trade policies that the right wing advocated in the first place. In this way, the globalist free trade right-wing and the nationalist right-wing enforce each other in such a way that the right wing strengthens its support even as its former policies effectively fail.

The increasing mobility of globalized capital, even though it might mean cheaper consumer goods, certainly isn’t free. It’s not without costs to set up an entire industry in a given town or region only to remove it again. It creates enormous social and political tensions resulting from lost meaning and damaged identities. The price comes, among other things, in the form of zombie identities ruthlessly trying to recover their former position, often through extreme political ideologies on the right. If their search for meaning appears violent in both a symbolic and physical sense, we ought to understand this as an exact reflection of the violent act of global market forces pulling the rug from underneath ordinary working people.

The sad thing is that when these working class people try to make their frustrations heard, we often don’t get the message because it’s distorted by racism, sexism and bigotry.

Kristian Thorup
Kristian Thorup graduated from Roskilde University in Denmark with a master's degree in social science and philosophy. He lives in Copenhagen.
> see other articles <