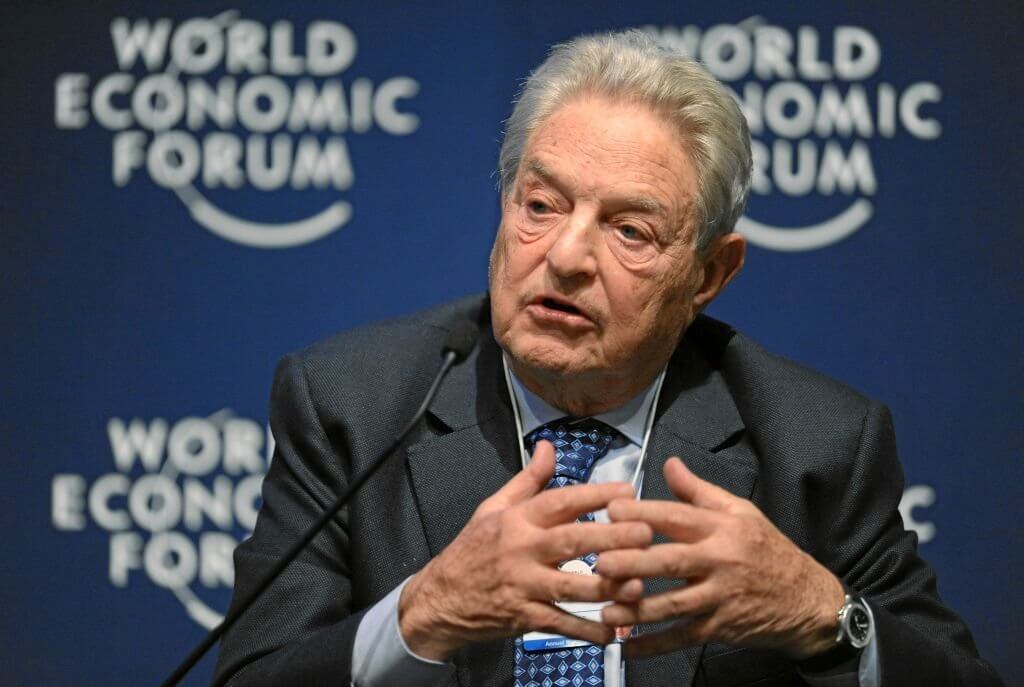 Well before Donald Trump was elected President of the United States, I sent a holiday greeting to my friends that read: “These times are not business as usual. Wishing you the best in a troubled world.” Now I feel the need to share this message with the rest of the world. But before I do, I must tell you who I am and what I stand for.

I am an 86-year-old Hungarian Jew who became a US citizen after the end of World War II. I learned at an early age how important it is what kind of political regime prevails. The formative experience of my life was the occupation of Hungary by Hitler’s Germany in 1944. I probably would have perished had my father not understood the gravity of the situation. He arranged false identities for his family and for many other Jews; with his help, most survived.

In 1947, I escaped from Hungary, by then under Communist rule, to England. As a student at the London School of Economics, I came under the influence of the philosopher Karl Popper, and I developed my own philosophy, built on the twin pillars of fallibility and reflexivity. I distinguished between two kinds of political regimes: those in which people elected their leaders, who were then supposed to look after the interests of the electorate, and others where the rulers sought to manipulate their subjects to serve the rulers’ interests.

Under Popper’s influence, I called the first kind of society open, the second, closed.

The classification is too simplistic. There are many degrees and variations throughout history, from well-functioning models to failed states, and many different levels of government in any particular situation. Even so, I find the distinction between the two regime types useful. I became an active promoter of the former and opponent of the latter.

I find the current moment in history very painful. Open societies are in crisis, and various forms of closed societies – from fascist dictatorships to mafia states – are on the rise. How could this happen? The only explanation I can find is that elected leaders failed to meet voters’ legitimate expectations and aspirations and that this failure led electorates to become disenchanted with the prevailing versions of democracy and capitalism. Quite simply, many people felt that the elites had stolen their democracy.

After the collapse of the Soviet Union, the US emerged as the sole remaining superpower, equally committed to the principles of democracy and free markets. The major development since then has been the globalization of financial markets, spearheaded by advocates who argued that globalization increases total wealth. After all, if the winners compensated the losers, they would still have something left over.

The argument was misleading, because it ignored the fact that the winners seldom, if ever, compensate the losers. But the potential winners spent enough money promoting the argument that it prevailed. It was a victory for believers in untrammeled free enterprise, or “market fundamentalists,” as I call them. Because financial capital is an indispensable ingredient of economic development, and few countries in the developing world could generate enough capital on their own, globalization spread like wildfire. Financial capital could move around freely and avoid taxation and regulation.

In the developed world, the benefits accrued mainly to large owners of financial capital, who constitute less than 1% of the population.

The lack of redistributive policies is the main source of the dissatisfaction that democracy’s opponents have exploited. But there were other contributing factors as well, particularly in Europe.

I was an avid supporter of the European Union from its inception. I regarded it as the embodiment of the idea of an open society: an association of democratic states willing to sacrifice part of their sovereignty for the common good. It started out at as a bold experiment in what Popper called “piecemeal social engineering.” The leaders set an attainable objective and a fixed timeline and mobilized the political will needed to meet it, knowing full well that each step would necessitate a further step forward. That is how the European Coal and Steel Community developed into the EU.

Germany emerged as the hegemonic power in Europe, but it failed to live up to the obligations that successful hegemons must fulfill, namely looking beyond their narrow self-interest to the interests of the people who depend on them. Compare the behavior of the US after WWII with Germany’s behavior after the Crash of 2008: the US launched the Marshall Plan, which led to the development of the EU; Germany imposed an austerity program that served its narrow self-interest.

Before its reunification, Germany was the main force driving European integration: it was always willing to contribute a little bit extra to accommodate those putting up resistance. Remember Germany’s contribution to meeting Margaret Thatcher’s demands regarding the EU budget?

But reuniting Germany on a 1:1 basis turned out to be very expensive. When Lehman Brothers collapsed, Germany did not feel rich enough to take on any additional obligations. When European finance ministers declared that no other systemically important financial institution would be allowed to fail, German Chancellor Angela Merkel, correctly reading the wishes of her electorate, declared that each member state should look after its own institutions. That was the start of a process of disintegration.

After the Crash of 2008, the EU and the eurozone became increasingly dysfunctional. Prevailing conditions became far removed from those prescribed by the Maastricht Treaty, but treaty change became progressively more difficult, and eventually impossible, because it couldn’t be ratified. The eurozone became the victim of antiquated laws; much-needed reforms could be enacted only by finding loopholes in them. That is how institutions became increasingly complicated, and electorates became alienated.

The rise of anti-EU movements further impeded the functioning of institutions.

And these forces of disintegration received a powerful boost in 2016, first from Brexit, then from the election of Trump in the US, and on December 4 from Italian voters’ rejection, by a wide margin, of constitutional reforms.

Democracy is now in crisis. Even the US, the world’s leading democracy, elected a con artist and would-be dictator as its president. Although Trump has toned down his rhetoric since he was elected, he has changed neither his behavior nor his advisers. His cabinet comprises incompetent extremists and retired generals.

I am confident that democracy will prove resilient in the US. Its Constitution and institutions, including the fourth estate, are strong enough to resist the excesses of the executive branch, thus preventing a would-be dictator from becoming an actual one.

But the US will be preoccupied with internal struggles in the near future, and targeted minorities will suffer. The US will be unable to protect and promote democracy in the rest of the world. On the contrary, Trump will have greater affinity with dictators. That will allow some of them to reach an accommodation with the US, and others to carry on without interference. Trump will prefer making deals to defending principles. Unfortunately, that will be popular with his core constituency.

I am particularly worried about the fate of the EU, which is in danger of coming under the influence of Russian President Vladimir Putin, whose concept of government is irreconcilable with that of open society.

Putin is not a passive beneficiary of recent developments; he worked hard to bring them about.

He recognized his regime’s weakness: it can exploit natural resources but cannot generate economic growth. He felt threatened by “color revolutions” in Georgia, Ukraine, and elsewhere. At first, he tried to control social media. Then, in a brilliant move, he exploited social media companies’ business model to spread misinformation and fake news, disorienting electorates and destabilizing democracies. That is how he helped Trump get elected.

The same is likely to happen in the European election season in 2017 in the Netherlands, Germany, and Italy. In France, the two leading contenders are close to Putin and eager to appease him. If either wins, Putin’s dominance of Europe will become a fait accompli.

I hope that Europe’s leaders and citizens alike will realize that this endangers their way of life and the values on which the EU was founded. The trouble is that the method Putin has used to destabilize democracy cannot be used to restore respect for facts and a balanced view of reality.

With economic growth lagging and the refugee crisis out of control, the EU is on the verge of breakdown and is set to undergo an experience similar to that of the Soviet Union in the early 1990s. Those who believe that the EU needs to be saved in order to be reinvented must do whatever they can to bring about a better outcome.

This article has been reprinted from Project Syndicate with their permission.

George Soros
George Soros is Chairman of Soros Fund Management and Chairman of the Open Society Foundations. A pioneer of the hedge-fund industry, he is the author of many books, including "The Alchemy of Finance", "The New Paradigm for Financial Markets: The Credit Crisis of 2008 and What it Means", and "The Tragedy of the European Union".
> see other articles <