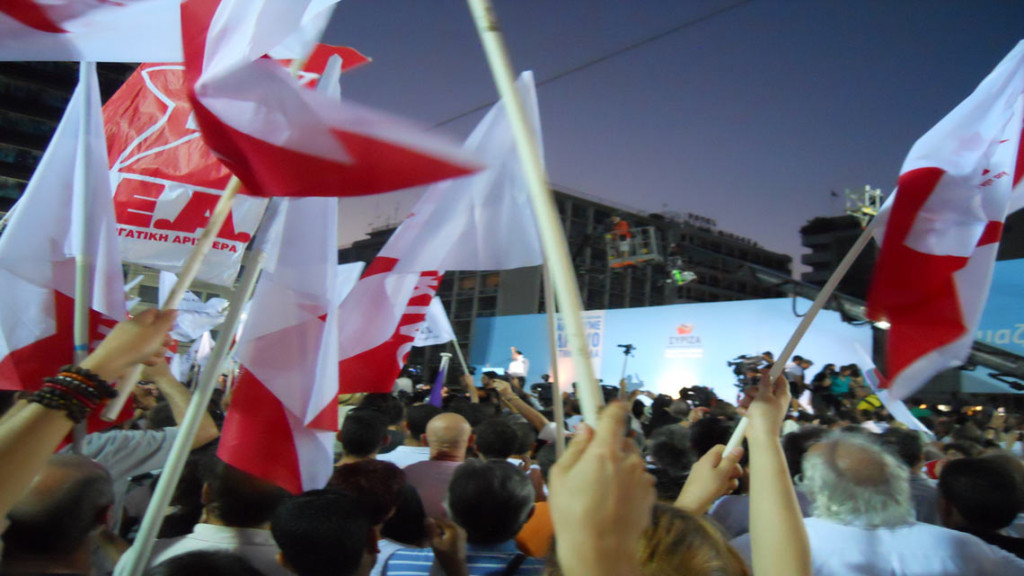 [dropcap]I[/dropcap]’ve been visiting family in Poland for the past few weeks so, fittingly, this week’s podcast deals with the situation of the left at two opposite ends of the European periphery: Greece and Poland. My first guest is Yanis Varoufakis, professor of economics at the University of Athens and candidate for SYRIZA in this Sunday’s parliamentary elections. Syriza is the main Greek left party and is poised to take the most votes, potentially even form a parliamentary majority, on Sunday. Yanis spoke with me about Greece’s economy on the eve of the elections and Syriza’s economic program.

My second guest is Jakub Dymek, Polish academic, journalist and editor. Jakub is, among other things, the Polish correspondent for Dissent Magazine and a member of the editorial collective of Krytyka Polityczna (Political Critique), the major journal of Poland’s “New Left”. Unlike its Greek counterpart, Poland’s electoral left is currently at its lowest point since the post-Communist transition. I spoke with Jakub to get a sense of this electoral decline, the situation of left social movements and the future prospects of Poland’s left.

Very briefly, I say that Greece and Poland are at the opposite ends of the European periphery for two reasons. First, Greece has undergone years of recession and brutal austerity in response to the global crisis of 2007/8; Poland, on the other hand, has managed to grow through the crisis, at least according to the major economic measures. Greece and Poland are also opposed when it comes to the fortunes of the electoral left. It is in Greece that the left has may well take government this Sunday or at least become the largest force in parliament, whereas in Poland the electoral left is currently virtually non-existent. Looking at these two lefts and the political economic conditions that led to their different fortunes makes for a fruitful juxtaposition.

This feature was originally posted on Political Eh-conomy blog and podcast on economics in Canada and beyond from a lefty perspective.