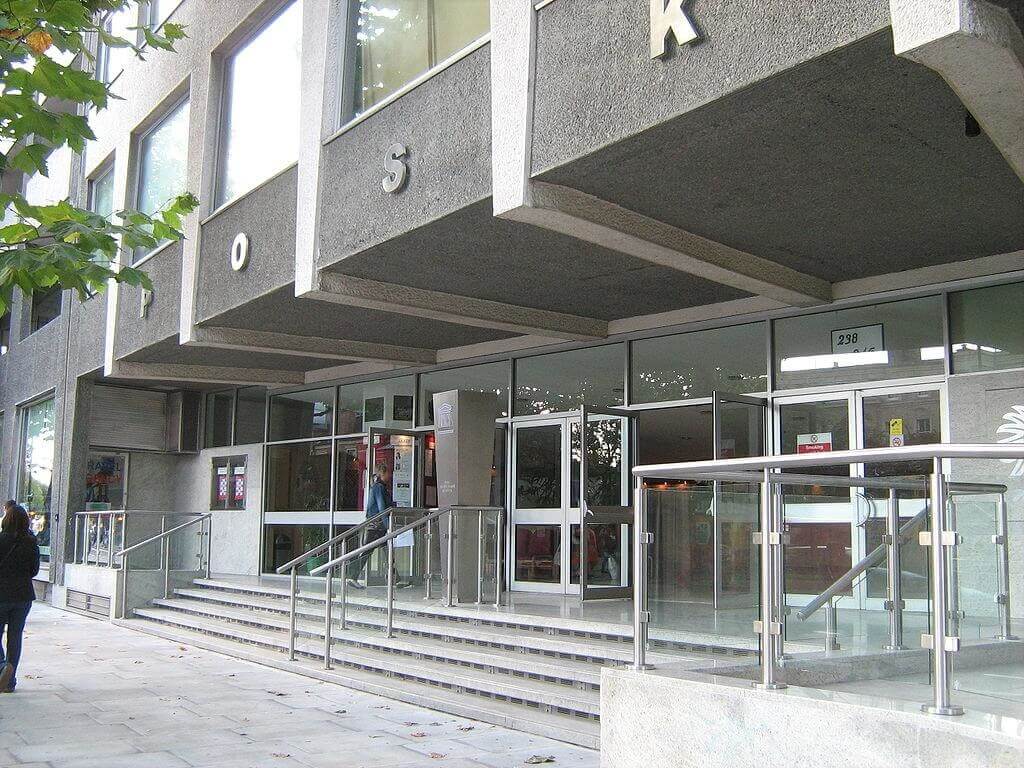 “Poles in the UK are not a new phenomenon. We have always been here,” Maria tells me. Maria is 91, and came to the UK in 1947. She, along with her mother and two sisters, were part of a large group of Poles who were deported to Siberia on Stalin’s orders. Following years of hardship, they joined the Polish army and eventually found themselves in England.

Casting her mind back to the moment when she arrived as a young refugee, Maria recalls how helpful and welcoming the English were. “They allowed us and our families to stay. We even had our government in exile here in London.” Despite being penniless, Maria remembers how she got the opportunity to study-something she describes as being a dream come true. Her parents worked to support her and her sisters; her father, who had been a Brigadier General in the Polish army and was a highly educated man, took a job polishing silverware in a hotel to support his family. “We were not given grants for studying, nor did we receive any welfare or anything like that,” Maria declares. “We did everything through sheer hard work and always paid our taxes.” Even though times were hard in the post-war years, Maria and her family were able to assimilate into English society.

Even though times were hard in the post-war years, Maria and her family were able to assimilate into English society.

I asked her if she ever felt discriminated against to which she responded with a resounding “Never. The only thing that distinguished us from the Brits were our accents! They accepted us and we were grateful – we all learned the language and contributed to society. As such, we lived peacefully for many years. In fact, after having travelled around the world in the army and continuously being moved from place to place, when we came to England it was the first time in years that we felt safe.”

So how does Maria feel now following the reported rise in racist attacks, especially against the Polish community? “Hurt,” she declares. She explains to me that she has felt as if the British media have used Poles as a scapegoat for years. Since 2004 when Poland joined the EU, there has been a steady flow of immigrants coming to the UK. Maria believes that the media unfairly focused on the Poles, and that every Eastern European migrant was just assumed to be Polish. “There was no differentiation between the different countries. I believe this is because Poland is the largest, so proportionally, the largest number of our people came.” She also points to the fact that the Poles have made their presence visible by opening Polish shops and delis. “The young generation of Poles are much more enterprising than we were as they have more opportunity to be so,” she explains. But, in her view, this entrepreneurship has brought them into the spotlight and thus made them vulnerable to criticism. “I’m not saying all Poles are saints, but the majority are just as hard working as our generation was and contribute in the same way we did,” she states.

The attack on the Polish Social and Cultural Centre, POSK, in London shortly after the referendum, really hit close to home. “POSK was built as a centre not only for us, but for future generations. We have a library there, restaurants, a club. In fact, it was built for everyone to enjoy and everyone was welcomed. British people have a culture of meeting in pubs; in our culture we didn’t really have pubs, so POSK was a way of bringing a bit of our culture to share with those who had so kindly welcomed us into theirs,” describes Maria.

The negative focus on Poles has spurred Alexandra on to be more patriotic of her Polish roots.

The centre was paid for by the Polish community and has been run by a team of dedicated staff and volunteers. At this point, Maria’s daughter, Alexandra, joins in the conversation. “The vile attack on POSK was an attack on us all. My parent’s generation paid for it out of their own pockets, despite not having much money to spare. I was so angry when I heard about people spraying the words ‘Go Home’ onto the building. My parent’s generation have been here for over 60 years, my and my children’s generation who use POSK were born here. This is our home,” she explains. Despite her initial anger Maria reveals that this has now been replaced by fear. “POSK has been here for years and it has never bothered anyone.” She explains how since the result of the EU referendum, the atmosphere in the country has changed. This leaves her feeling uncertain and fearful in a country, which once provided comfort from such negative emotions. “I don’t know how safe I would feel if I was out alone; let me put it this way, if I went out for a coffee with a friend of mine, I’d be sure to speak very quietly,” she tells me.

Alexandra disagrees. The negative focus on Poles has spurred her on to be more patriotic of her Polish roots. She is saddened by the divide that the referendum has caused in the country, but this feeling is overridden by anger; anger at people’s ignorance, anger that Poles, along with other immigrants who are honest and hardworking, are now being targeted. Alexandra tells me, “As I was born here, I have a right to be here and this has made me more defiant. Poles who have migrated here also have a right to be here. Everyone who has come here lawfully has the right to be here.”

At this moment we are joined by a friend of Maria’s, Zbigniew. Zbigniew, like Maria, came to England as a result of the Second World War.  “I fought for this country,” he announces proudly. “I was there on the beaches of Normandy and I helped guard the Scottish coast from being invaded via the North Sea. I literally, defended this country, which offered me protection and asylum in return.” I ask him if he has ever experienced any issues with racism whilst living in England. Like Maria he also answers, “Never.” He jokes, “The only issue I had with Brits was them trying to pronounce my name; they all just ended up calling me George.” He smiles.

After the war ended, Zbigniew studied law at the University of Oxford and then went on to work. He is incredibly grateful for the opportunities he had here and for all of the friends he made. Now he tells me, he is disappointed to learn that a large percentage of his generation voted “out” in the referendum. He felt a connection with the other people in his generation. “They have seen the dangers of nationalism first hand. They also should understand the massive contribution that foreign lands, including Poland, made in keeping this country secure during the war,” he says. This experience, he feels, should have helped them to see the importance of unity and the importance of unity with Europe.

Us Poles are strong. And we’ve already seen what solidarity can do for a country. Click to Tweet

At this point Maria interrupts that she, as a Polish migrant, feels a sense of guilt for causing a split in the country. “We’ve had the spotlight on us…maybe it has been for a reason,” she wonders. I ask her what this means for future generations of Poles; both those who were born in the UK and those who wish to migrate here in the future. “Maybe they shouldn’t come if they are unwelcome. I mean, why come if no one wants you?” she replies sadly. Both Alexandra and Zbigniew disagree. Alexandra says, “As long as there are Poles here, future generations will be welcome. Brexit has serious consequences, and I can understand why they will think twice about coming. For people my age, the damage has already been done, but maybe the future generations will be able to move past this.”

Zbigniew agrees. He believes in the strength of unity and solidarity. “Us Poles are strong. And we’ve already seen what solidarity can do for a country,” he says, acknowledging the success of the Solidarność campaign in Poland. He leaves us with an assurance that he believes that Poles will still come to the UK, despite the backlash, which is sweeping the nation, “In the words of Adam Mickiewicz: Our nation is like lava, on the surface it is cold and hard, dry and filthy, but its internal fire cannot be extinguished, even after one hundred years of coldness. We have fought adversity before. And we can do it again.”