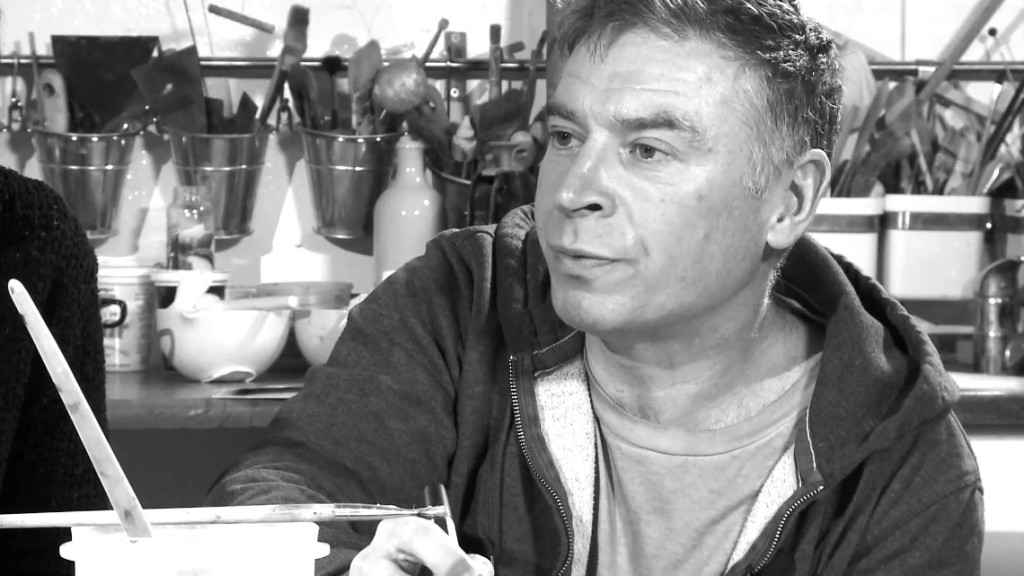 In collaboration with the Polish Ministry of Culture and National Heritage, Krytyka Polityczna presents the Artists on the Web series featuring a number of videos that portray major representatives of Polish contemporary art over the last two decades. Each film brings an artist to tell a short story about their creative process. They share their reflections, analyse their works and elaborate on each step in their work. They ponder over the value of art in the contemporary world, touch upon the social awareness of contemporary art and the relationship between art and the viewer. The series sets out to summarise or provide an overview of major changes, novelties and phenomena in Polish art that emerged at the turn of the 20th and 21st centuries.

To date, the Artists on the Web series has featured interviews with Paweł Althamer, Grzegorz Klaman, Artur Żmijewski, Joanna Rajkowska and Marta Deskur (also available in English). Interviews were conducted by Agnieszka Ziółkowska.

“Artists are self-absorbed; they are interested in their own experiences, their own business and their formal pursuits. Anything but social reality.”

Grzegorz Klaman (1959) is a visual artist, sculptor, performance artist, educator, curator, culture operator and activist. He lives and works in Gdańsk. From 1980–1985 he studied at the Faculty of Sculpture of the State Higher School of Visual Arts in Gdańsk In September 1985, Klaman presented and defended his thesis project under the direction of Professor Franciszek Duszeńka. Upon completing his studies, he began to teach at his alma mater, which was renamed the Academy of Fine Arts in 1996 and where he is appointed Head of the Intermedia Department at the Faculty of Sculpture. He has co-founded a number of initiatives in Gdańsk, including the Wyspa Gallery, Open Atelier, Łaźnia Contemporary Art Centre and Wyspa Contemporary Art Institute, the latter located in the Gdańsk Shipyard area.

“[…] Some people, some group, some community that have certain political aspirations are of the opinion, for example, that they have too little freedom and they want more. They can then affiliate or enter into some kind of collaboration with cultural personalities or artists to act together. Hence artists can support some processes.”

Artur Żmijewski (1966) is a visual artist. He is one of the leading representatives of critical art in Poland. From 1990–1995 he studied at the Faculty of Sculpture of the Warsaw Academy of Fine Arts, where he earned a degree under Professor Grzegorz Kowalski. In 2005 he represented Poland at the 51st Art Biennale in Venice, Italy. Żmijewski is currently Art Director at Krytyka Polityczna. In 2007 he published Trembling Bodies, a collection of interviews with various artists. In 2010 he was awarded a prestigious Ordway Prize from the Creative Link for the Arts and the New Museum in New York. He is a regular collaborator of the Foksal Gallery Foundation. In 2011 he was named the curator for the 2012 Berlin Biennale.

“Actually, what I’m doing is all about displacing the body, opening new fields for perception, immersing in this somatic, purely somatic, physical sensation of the other.”

Joanna Rajkowska (1968) creates videos and installations but she is also an action artist who often intervenes in the public space. She graduated from the Academy of Fine Arts in Kraków. Rajkowska is one of the most heatedly discussed Polish contemporary artists. Her latest major works include: Greetings from Jerusalem Avenue (2002–) and the Oxygenator (2006–2007), which were both conceived as social sculptures to be installed in the urban fabric of Warsaw. The installations served as a trigger to observe and foster human interaction, create grass-roots initiatives and discuss the past and the memory of the urban public space. In 2007 she received the prestigious Passport Award from the “Polityka” weekly for “her remarkable projects executed in the public space, for lending a hand to the human being wandering about the city”.

Paweł Althamer (1967) is a sculptor and performance artist working in video, installation and action art. He studied at the Warsaw Academy of Fine Arts from 1988–1993, where he earned a degree in sculpture under Professor Grzegorz Kowalski. In 1991 he began exhibiting his works in the Kowalski studio, also known as the Kowalnia [“Smithy”], a leading collective of young Polish artists in the 1990s which he co-founded with Katarzyna Kozyra, Jacek Markiewicz and Jacek Adamas. In 2004, Althamer received the prestigious Vincent Van Gogh Biannual Award, founded by the Broere Charitable Foundation of the Netherlands. The artist was presented with an honorary title of the Creator of Culture during the Polityka Passport Awards Gala in January 2010.

“If I see that there’s an individual need to find out more about my art, I have pleasure in discussing it. Otherwise, I have a feeling that my art is not that simple and there is no easy way to engage with the audience.”

Marta Deskur (1962) is a visual artist. Deskur’s career began with painting, but she turned to photography and video art in the 1990s. She creates multimedia installations, usually in the form of figurative photographic compositions. From 1980–1982, Deskur studied at the Academy of Fine Arts in Kraków, and from 1983–1988 she worked at the STU Theatre. She also graduated from the École des Beaux-Arts in Aix-en-Provence, France (1983-88). Deskur is associated with the Starmach Gallery, Kraków, and the Le Guern Gallery, Warsaw. She lives and works between Kraków and Paris. Her works feature in the following collections: National Museum in Warsaw, Museum of Art in Łódź, Centre for Contemporary Art Ujazdowski Castle in Warsaw, Zachęta National Gallery of Art in Warsaw, Bochum Museum (Germany), Sonje Museum of Contemporary Art (South Korea), Potocka Gallery in Kraków and Arsenal Gallery in Białystok.