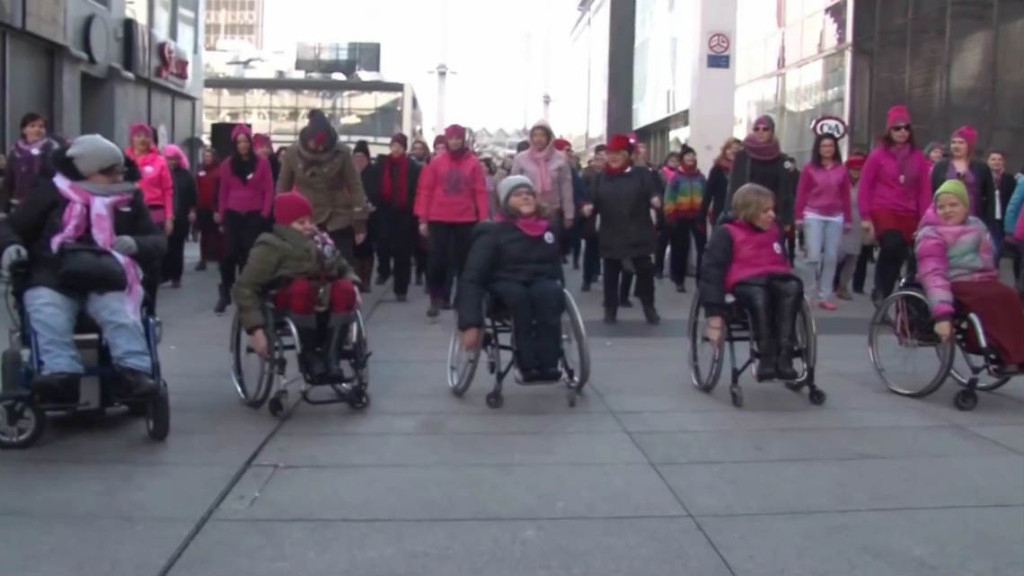 [dropcap]O[/dropcap]ne Billion Rising is the biggest mass action to end violence against women in human history. The campaign, launched on Valentine’s Day 2012, began as a call to action based on the staggering statistic that 1 in 3 women on the planet will be beaten or raped during her lifetime. With the world population at 7 billion, this adds up to more than ONE BILLION WOMEN AND GIRLS. On 14 February 2013, people across the world came together to express their outrage, strike, dance, and RISE in defiance of the injustices women suffer, demanding an end at last to violence against women. Last year, on 14 February 2014, One Billion Rising for Justice focused on the issue of justice for all survivors of gender violence, and highlighted the impunity that lives at the intersection of poverty, racism, war, the plunder of the environment, capitalism, imperialism, and patriarchy. Events took place in 200 countries, where women, men, and youth came together to Rise, Release, and Dance outside of court houses, police stations, government offices, school administration buildings, work places, sites of environmental injustice, military courts, embassies, places of worship, homes, or simply public gathering places where women deserve to feel safe but too often do not.