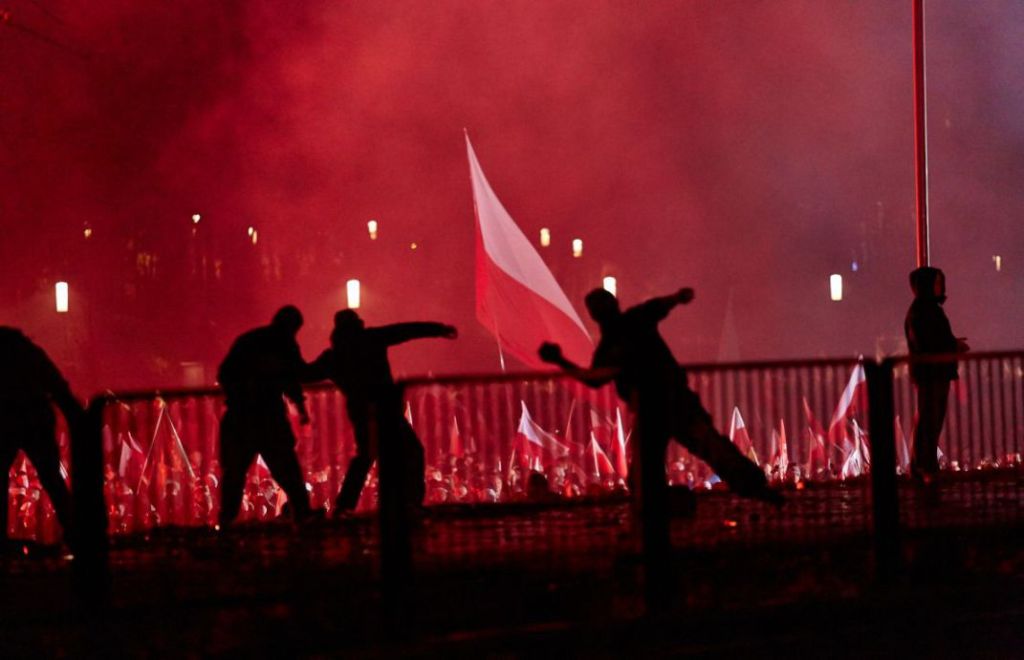 [dropcap]W[/dropcap]arsaw, Poland, 11.11.2014. Clashes have broken out between nationalists and police amid celebrations of Poland’s Independence Day. In one case, authorities turned a water cannon against the demonstrators. Polish media broadcast scenes of right-wing youth, some masked, throwing rocks, firecrackers and cobblestones at police in the streets of Warsaw. The nationalists have not stated any single reason for their demonstration, which has turned into an annual ritual on the Polish public holiday – and a violent annual ritual for at least the past four years. Police said they had arrested several people, but wouldn’t specify how many.