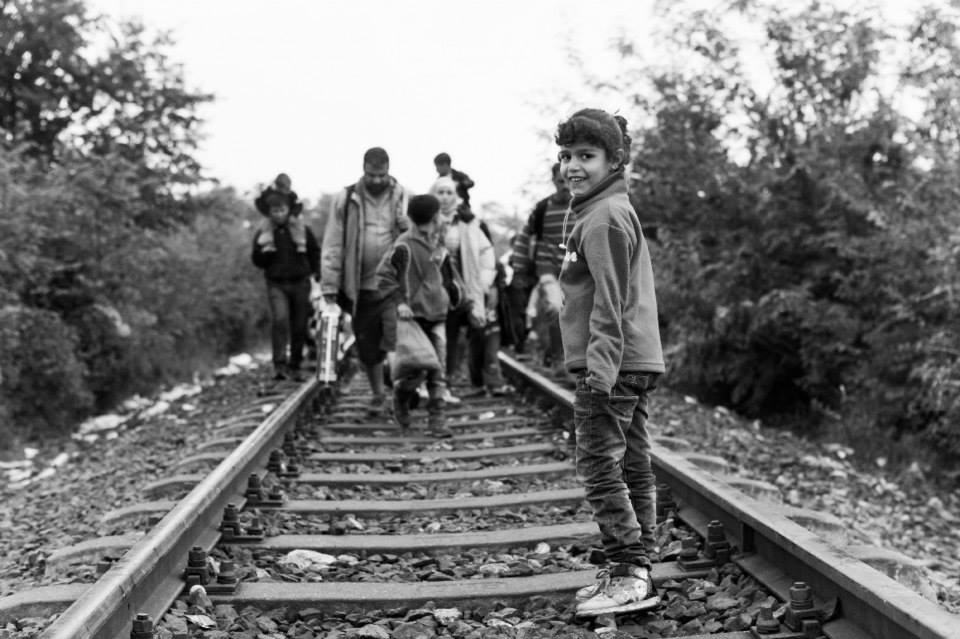 During this past summer, the media in the United States were primarily concerned with Donald Trump’s almost preternatural ability to denigrate minorities of every stripe alongside his fellow presidential contenders — given the state of the media circus in America, it should surprise no one that the most recent Republican presidential debate on CNN garnered ratings numbers more akin to those of the finale of Game of Thrones.

Equally unsurprising, if more acutely troubling, was the overall penchant of the media to ignore the ongoing refugee crisis taking place in the European Union. While it garnered occasional attention whenever dramatic or gruesome images could be shown, as when dead children washed up on Mediterranean shores or Hungarian journalists tripped fleeing refugees, the crisis was seen as a European concern that had little bearing on the ongoing problems facing the United States. Tuesday’s vote by the EU to allow in 120,000 refugees to be distributed evenly among the member states, hotly opposed by the Czech Republic, Slovakia, Hungary, and Romania, was, similarly, presented as a starkly European drama.

The United States and the EU have to work to fix the problems that led to this crisis in the first place — they must acknowledge the inequalities of non-European states and the deterioration of humanitarian conditions in these places that are the dark legacies of colonialism and unrestricted capitalism.

Yet the refugee crisis is not just a European issue. The United States is deeply implicated in creating the conditions that led to the crisis and bears a responsibility to assist the European Union in finding solutions to the current situation. Even in a purely self-serving sense, having an EU paralyzed by infighting and fractured by xenophobia helps no one, be it in a cultural, social, or economic sense. More centrally, however, the United States and the EU have to work to fix the problems that led to this crisis in the first place — they must acknowledge the inequalities of non-European states and the deterioration of humanitarian conditions in these places that are the dark legacies of colonialism and unrestricted capitalism.

There are thus two levels to solving this current crisis plaguing the EU. One is located in the immediate short term: helping the millions of people displaced by conflict, from Syria and elsewhere, by finding them refuge in Europe and the United States. The sooner these refugees can be resettled and aided, the sooner Europe can regain a modicum of stability, leading to a whole host of positive effects in both international diplomacy and economics for the EU and the US.

Both regions, however, have their fair share of xenophobic, racist, and Islamophobic voices fighting the influx of people from the Middle East. While they may speak different languages—be it Viktor Orban or Donald Trump—these anti-immigrant demagogues are ultimately tapping into the same anxieties about citizens’ economic and cultural stability. By also working to improve conditions and opportunity in the EU and United States themselves, we give such figures less power to influence the debate by removing the fears to which they play.

This leads to the other, broader level of solving the refugee crisis: the long term level, where the conflicts and conditions that lead refugees to seek opportunities elsewhere begin to be eased. This is where the United States is more deeply involved than in a simply selfish sense of not wanting the EU to collapse: the United States has been directly militarily active in Syria, Iraq, Afghanistan, and other areas, leading to massive loss of life and destabilization. Ongoing strife in Middle Eastern countries, often actively aided and abetted by the US military, to say nothing of the lingering effects of the actual invasions of Iraq and Afghanistan, is the single greatest source of refugees and displaced peoples in the current crisis. Refugees from these areas, fleeing towards Europe, in part have the United States to thank for their plight. America therefore has a direct, inescapable responsibility to the refugees and to Europe to help — with asylum, with resettlement, with easing the financial burden of these processes, and ultimately with creating conditions in which these kinds of conflicts no longer need be fought.

That, of course, is the both the final and most difficult goal of fighting to solve the refugee crisis: coming to terms with the North/South, (former) colony/(former) metropole divide that characterizes the human geography of the crisis and that is the legacy of colonialism. We must work to understand and eliminate not only these divisions but also the rampant capitalist exploitation that creates regional instability and inequality in the first place. What would our current moment look like if the United States had not invaded Iraq in search of a fantasy of stability that would guarantee access to cheap oil? Where would Europe be if the labor of migrants from economically disadvantaged countries on the borders of the EU were not readily available and greedily exploited? It is, in the end, impossible to say. Nevertheless, new approaches to the economic and cultural issues that define the refugee crisis must be sought, lest the millions fleeing conflict situations continue to suffer and we, the United States, indifferently continue to let them.