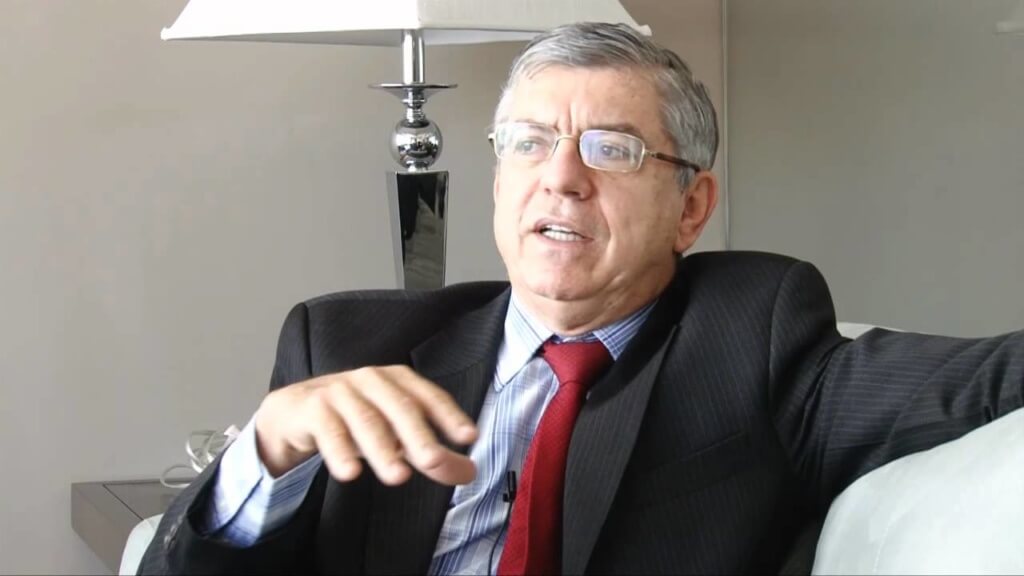 Marcin Chałupka: What do you see being achieved at the Special Session of the United National General Assembly (UNGASS) in 2016? Do you think that it is possible to change approaches to drug policy within the existing framework, or do the conventions need to be completely reformed?

César Gaviria: I think that at the moment there is no way of reforming all of the conventions. Certain countries, particularly those in Asia, Arab countries, and some countries in Africa, are very reluctant to touch the existing conventions. However, it is possible to rethink policy in some European and Latin-American countries, as well as in some states in the US, and to start working on an approach which is more health-focused.

Do you feel that changing the approach to drugs will lead to disagreements between politicians from different countries?

(1947) was the 28th President of Colombia (1990–1994), and the 7th Secretary General of the Organization of American States (1994–2004). Gaviria was proclaimed the sole chief of the Colombian Liberal Party in June 2005. As president, Gaviria led the fight against the Cali drugs cartel, and various guerrilla factions. He is a commissioner of the Global Commission on Drug Policy.

I don’t see any real disagreements: many politicians today recognize that we need a more health-focused approach to dealing with drugs and that the incarceration of drug takers is ineffective and many don’t actually support it as a way of tackling the drug problem. Of course, narco traffickers and organized crime are another issue altogether, but with regards to ordinary users, there is increasingly recognition that we need more of a focus on health aspects.

What else do you think has to be done in order to change the approach to the drug problem?

The second thing we need to start doing is experimenting, because to find the most people-friendly approach you need to do some research. This “trial and error” approach is what has been happening in Europe for around the last three years. Most of the things that have been tried out in Europe have been within the framework of the existing conventions and I believe that Latin America is trying to do something similar: we believe that regulation as opposed to legislation is the best approach to tackling the drug problem and taking control over the illegal market. I hope that other countries will also start to think along these lines.

Do you believe that changing the approach to drugs is a high priority for Latin America?

We believe that regulation as opposed to legislation is the best approach to tackling the drug problem and taking control over the illegal market.

I think that this is definitely a high priority in Latin America, more so than in Europe. The situation is much more severe in Latin American countries: there is a lot of violence as a result of international trafficking or high levels of usage, for example in countries such as Brazil. We need to take take steps to change this, to explore new alternatives and to look for ways in which we can reduce the levels of violence, like Europeans have. We should move towards better regulation and focus on using the criminal system as a way of combatting narco-traffickers as opposed to casual users.

Do you think that there is room for such idealistic aims in politics today?

We think that the objectives of the convention are realistic, even if they are a little utopian. To think that in 50 years we will live in a drug-free world is not only idealistic, it is also very impractical. It is much better to accept that we will live in a world with drugs, and it is better to acknowledge this, so that we can work to reduce organized crime and to minimize the harm to society as a whole.

Do you think that countries such as Russia and some Asian and African countries will start to search for their own solutions to the drug problem, which are more in line with their conservative beliefs? Several of these counties still impose the death penalty for drug trafficking, so do you really think that they will be willing to go along with ideas proposed by more liberal states?

There is no “one size fits all” solution. Each country is different. For example, the west tends to disagree with the death penalty for trafficking and usage, whilst this is common practice in some African and Asian countries. However, countries all over the world now share a desire to monitor and improve the health of drug users. The majority of countries now believe that addicts should have more opportunities and access to health care, so they are looking at ways of providing support within their healthcare systems to help addicts and deal with the underlying problems.

What do you think about this in relation to the wider context of the worldwide economic crisis? Do you think that governments have the power to manipulate the outcomes? For example, there is a belief that certain governments have raised the prices of oil in order to change the exchange rate of the rouble in Russia.

How do you see the situation in Africa? Are African experiences now starting to echo those of Latin America?

Although there are good intentions in Africa to improve the situation, in reality little progress is being made. As a result, many of the influential members of the Drugs Commission, such as Kofi Annan and Muhammadu Behari are starting to recommend new approaches to deal with the drug problem.

Is there a legitimate fear that intervention in Africa by the west can be seen as a new form of colonialism? After all, we saw what happened following US intervention in Columbia in the 80s.

The most important thing at UNGASS will be the ability to discuss matters surrounding drugs openly and at the highest levels of government. Until a few years ago it was still a taboo subject.

African countries should not view offers of intervention by the west as a return to colonialism, but as a way of helping to control the health crisis caused by drug usage. For example, AIDs and hepatitis are rampant in Africa and these can be spread via needle sharing. These problems can be exacerbated if Africa does not accept a European-style drugs policy, which has been proven to work in reducing levels of AIDs and hepatitis. Therefore it is extremely important for Africa to understand the link between drug-taking and these diseases, so that they can continue to develop a policy which supports vulnerable people who are susceptible to addiction. Africa has the most to gain from changing their drugs policy so they should be open to outside intervention.

What will be the biggest success for the drug policy reform movement at UNGASS?

I think the most important thing at UNGASS will be the ability to discuss matters surrounding drugs openly and at the highest levels of government. Until a few years ago it was still a taboo subject. I think that the world is now ready for a debate; this will be the first one since the last conventions were signed and in my opinion, they were signed and approved without much real debate. Even if not many changes go forward, I think that it is very significant that we will have the opportunity for an open discussion on drugs policy.

Does this forum for debate mean that we can start talking about changing the existing conventions?

We have to be cautious. I think that it will be very difficult for western countries to reach an agreement with Arab and Asian countries with regards to changing the convention. Most countries don’t want to completely change their drugs policy; they just want to enter into the process of modifying the conventions. What is needed is recognition that drug policy can change, and that there is a willingness for debate and experimentation to go ahead.