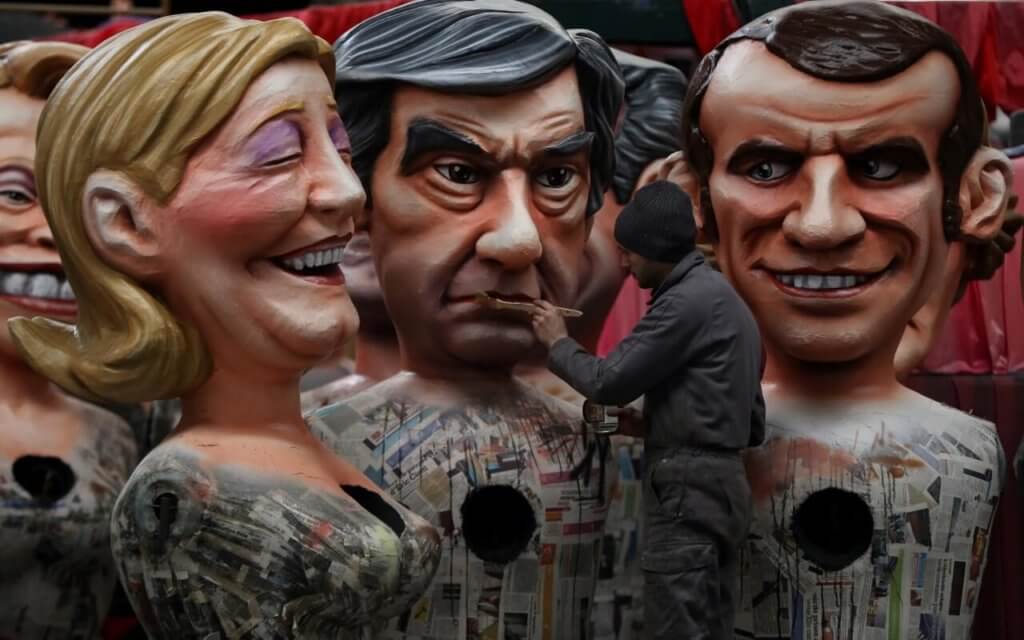 Marine Le Pen claims that French nationality should be inherited or merited, and that there is no reason why illegal immigrants should get to stay in France: “These people broke the law the minute they set foot on French soil.”  François Fillon might have been unfortunate, scandal-wise, but he doesn’t disagree with that.

Le Pen has also suggested that those “who preach hatred on our soil” should be expelled, which implies that someone will have to determine what is considered hate speech, and assure us that freedom of speech won’t be compromised. This view has nevertheless been endorsed by the moderate – even socialist in party name – Manuel Valls and Francois Hollande.

Le Pen’s political platform does not in fact call for the restoration of the death penalty, which does still exist in exotic countries such as the USA. Speaking of which, apparently there is mutual love there, as Donald Trump’s quasi-endorsement made clear. Ties and links between the two leaders have been repeatedly highlighted by commentators. What does that mean? That the supposed extremes aren’t just on the fringes.

The BBC article cited above points out similarities between Le Pen and the rest of European politicians. It also notes, however, one distinguishing feature: Le Pen’s ties to the European far-right, “the company she keeps.” We in Greece know a thing or two about this kind of company, since Makis Voridis, the former leader of the National Political Union and now a prominent member of New Democracy party, also happens to be a personal friend of Jean-Marie Le Pen’s. His former political party formed a political alliance to the National Front.

All over Europe, the far-right agenda is being incorporated into the whole of the political spectrum.

In other words, the task now at hand is not just to show how much of a monster Le Pen is. Rather, the task requires calm evaluation of the points on which her politics reach an audience beyond her political party. This is something being witnessed all over Europe: far-right voices push the agenda to the far-right for the whole of the political spectrum. And this happens even more so when other parties not only incorporate these views out of political opportunism, but also collaborate with extremists.

This clearly happened when the extreme right political party LAOS participated in Lucas Papademos’ administration, despite its openly anti-Semitic views. It also happened when Nicolas Sarkozy adopted far-right views while supposedly condemning the far-right. This phenomenon resulted in tougher stances on immigrant rights in countries like Denmark and Austria, and a general shift to the right in countries where extreme right parties held office, such as in Poland, Slovakia, and Romania.

This is all too familiar. Since I normally discuss international politics in relation to Greek politics (if this were an analysis of France, I bet there would be hundreds of commentators better suited for the task), I recall the examples of former Prime Minister Antonis Samaras and former minister Andreas Loverdos: Antonis Samaras’ statement that the children of undocumented immigrants are overcrowding Greek children at state-run daycare centers, and Andreas Loverdos’ exploitation of trafficking victims as a lifeline for his political career (his claim being that they pose a threat to respectable Greek family men), were not uttered by the far-right; they came from well-known, mainstream Greek politicians.

The process of de-demonisation (dédiabolisation) of Marine Le Pen has started to bear fruit. Journalists working for Le Monde say that they believe it is better to treat the National Front just like any other party, “even though it’s not a party like any other.” Why? Because voters do not like it when they are intimidated, taken by the hand and told that they should avoid bad company.

We are dealing with a political rhetoric that focuses on “our European values” rather than blood or race; we are treading on the common ground of modern day Islamophobia.

There are two things to consider in this scenario: one is that this approach contributes to the normalization of the monster, obviously an unwelcome consequence. On the other hand, I believe that treating extremists of the far right like monsters has two important downsides. First, it has been proven that these tactics fail to scare their supporters away from the polls. In fact, all the failed moralizing adds to their attraction. Second, it lets the blunt racism of mainstream politicians off the hook.

This is not to play down the prospect of a forceful comeback with winning prospects for Le Pen, in the near or not so near future. After all, it works both ways: the casual racism of mainstream politicians eventually allows people like Le Pen to address larger audiences. And so instead of breathing a sigh of relief when Le Pen loses in the second round, it would be much better to focus on what exactly we are discussing, and to what extent the actual content of her politics has poisoned the political sphere in general.

Anyone who tries to convince us that the only problem is Le Pen or the National Front is hiding the bigger picture: strawmen banksters are in charge of marketing the current political chaos, successfully selling it as a normality and suggesting that the only alternative is a living hell. This is a sinking ship, and we are bailing water with a mug. This is a dilemma between the status quo and a nightmare. What is absent is the true possibility of a confluence of real politics and utopia; the true possibility, in other words, of a resurrection of politics.

This article originally appeared on The Press Project

Konstantinos Poulis
Konstantinos Poulis studied Sociology and Greek Drama in Greece and Britain. His publications include theatre plays, short stories, and essays on politics and philosophy. He is a member of the editorial board of the literary periodical “Neo Planodion” and a regular contributor to The Press Project.
> see other articles <