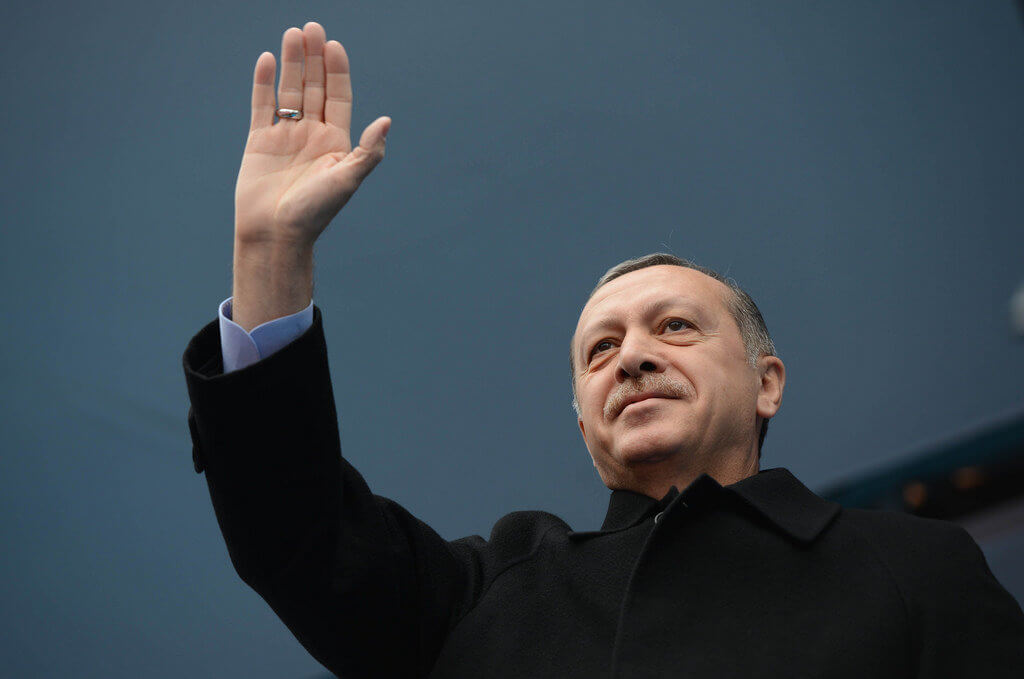 The 11th of January 2016 is a well-known date for the entire academic community of Turkey. More than one thousand Turkish academics signed the petition which demanded the cessation of hostilities carried out in the South-Eastern region of Turkey, an area which is mainly inhabited by Kurdish civilians. The signatories openly criticized the violation of civil rights in Turkey, and urged the government to stop disobeying the international treaties and constitutional law. The scholars who signed the petition started to be referred to as Academics for Peace.

Subsequently, the petition was publicly criticized by the President, Recep Tayyip Erdoğan, who accused the signatories of supporting terrorism. By his order, the state institutions began legal procedures against the scholars. Yet, the universities started administrative investigations directed against the lecturers who signed the petition, as well as the ones who are considered as opposition of the current government. Only two state universities have not opened the administrative investigation against the academics, namely the Middle East Technical University and Boğaziçi University.

The university authorities were unable to finalize the administrative procedures due to the fact that they were going against the constitutional law. Many of the universities transferred the investigation to the Council of Higher Education (YÖK), with a request signed by the rector’s office to retract the academic titles of the prosecuted lectures. YÖK serves as a decision-making institution, mainly responsible for the supervision of universities in Turkey. However, the situation has worsened since Turkey’s coup attempt on the 15th July of 2016. Shortly after, Turkey declared a state of emergency (OHAL), under which the government is not obligated to expound its decisions issued by executive orders. The Turkish government began to expel academics from public universities, without any justification.

The Faculties of Political Science and Communication have had to be closed since the expulsion of almost all of its academic staff.

During the night of the 7th to 8th of February 2017, the Council of Ministers issued an executive order, under which three hundred and thirty academics were expelled from twenty-three universities. The largest number of professors, doctors and research assistants were expelled from Ankara University, where seventy-seven lecturers lost their jobs. Considering the entirety of dismissals at Ankara University, which began immediately after the declaration of the state of emergency; the total number of academics affected amounts to one hundred and four. The governmental repercussions have mostly affected the Faculty of Political Science and Public Administration, known as Mülkiye, which holds the most reputable departments of social sciences in Turkey. The Faculties of Political Science and Communication have had to be closed since the expulsion of almost all of its academic staff.

“They are trying to punish us by civil death”

– Our campus is very critical about the social sciences and political views. Mülkiye can be described as a center of political opposition. – said one Research Assistant.

Can Irmak Özinanır was a PhD student in the department of Communication, and one of the signatories. He became aware of being expelled after a document was published on the internet, alongside other academics whose names and personal identity numbers appeared on the online list.

– No one informed me about my expulsion. I learned about the new executive order when writing my doctoral thesis. I checked the document published on the internet and I found my name on the list.
When asked what he was going to do and if he had any chance to forward the case to the Supreme Court, he answered:

– No, certainly not with this government. Our academic titles were retracted. We are not able to work in the public sector anymore. Also, we cannot work in the private sector, because the government will put pressure on our employers. Our passports have been canceled; there is no way to go abroad. As one of the pro-governmental journalist said; ”Opposition should be punished by civil death”. It is exactly what they are trying to do- they are trying to punish us by civil death, but we are going to continue our work. They thought that we will be afraid and we are going to stop educating the youths. On the contrary, this university is our home. They will never stop us; we will continue to change the world for the better.

The petition signed by the Academics for Peace was just an excuse to expel the lectures.

“Is there any law left in the country?”

Associate Professor, Utku Balaban, was a lecturer in the department of Labor Economics and Industrial Relations. He discovered the new executive order on the news ticker while watching the evening news.
– The government does not take the responsibility to inform people about their dismissals. As you see, we are sitting in my office, no one informed me. I just know I have been expelled. No information from the university. It is my responsibility to learn that I am fired.

When asked, if he expected any reprisal from the government after signing the petition, he stated:
– I did not expect to be charged for signing the petition. It has been a long time since we have actively supported human rights in Turkey. However, we were not expecting the petition to arouse so much interest. President Erdoğan publically criticized us, which brought attention from the conservative media, causing the publicizing of the matter. We can call it a great success. In relation to repression from the government and university authorities; the petition signed by the Academics for Peace was just an excuse to expel the lectures. The rectorate of the Ankara University has for a long time tried to make things difficult for our academics.

Associate Professor, Tezcan Durna, was a lecturer at the Department of Communication. He was one of the first lectures who signed the petition. Durna was expelled from the university on the basis of governmental decree, no. 679, on the 6th January of 2017. The government deprived him of civil rights, forced him to return his green passport, and retracted his academic titles.

I was aware of the content of the petition that I signed, I took no unlawful steps, and I stood up for my signature.

– The Rectorate of Ankara University started an administrative and disciplinary prosecution against me in February 2016, based upon the fact that I signed the petition. Within this period, the signatories began facing difficulties in obtaining official permission from university administrations to go abroad in order to attend academic meetings, such as conferences and symposiums. On the 28th of February 2016, I applied for a postdoctoral scholarship with my project. The scholarship application required an official document of permission for public employees from their university administration. I requested this document from the university rectorate with an official petition. However, I received no reply, positive or negative, to my petition, or to my subsequent demand for information. As I was unable to have a satisfactory reply, with the help of another professor, I obtained an appointment with the Vice-Rector. The Vice-Rector informed me that the requested document would not be granted to me due to the official prosecution, his hands were tied, and I could not get any official leave of absence. When I told him that this was unlawful, his reply was “Is there any law left in the country?” Then, he asked me to withdraw my signature. I told him that I was aware of the content of the petition that I signed, I took no unlawful steps, and I stood up for my signature. Lastly, I was expelled from my position in the university on the 6th of January 2017.

“We were under heavy mobbing for one year’’

Professor Alev Özkazanç was a lecturer in the departments of Political Science and Gender and Women’s Studies. She was one of the academics who were forced into early retirement in December of 2016. When asked, what kind of actions did the Rector of Ankara University take? She answered:

– We were under heavy mobbing for one year. The rector, Erkan İbiş, banned us from traveling abroad, even though he did not have any authority to do that. Yet, he prevented the promotion of academics though his own interventions. Besides the investigations directed against the lecturers, referred to as Academics for Peace; he opened administrative procedures against the scholars who were opponents of the current government. Moreover, we have information that the rector, Erkan İbiş, personally prepared the list of the names of the scholars that were dismissed by government.

When asked, what are scholars planning to do with the current situation? She answered:
– We have started to organize ourselves better. We are preparing the campaigns aimed at raising awareness on what is happening in Turkey nowadays. We have informed every part of the public; our graduated students, friends from other universities and media, about the meetings at our campus.

#Do Not Touch My Teacher

[easy-tweet tweet=”#HocamaDokunma- do not touch my teacher”]

On the 10th of February 2017, hundreds of people tried to enter the campus of Mülkiye. Riot police used rubber bullet guns, batons and pepper spray against the students and lecturers. Police arrested eleven students from Ankara University. The students are recording short videos, in which they read sections of the books written by the expelled lecturers. The videos are published on social media, along with the hashtags; #HocalarımızıOkuyoruz, which means- we read our teachers and #HocamaDokunma- do not touch my teacher. In the following weeks, the academics from the Faculty of Political Science and Public Administration will be organizing lectures and conferences for the public. The symposiums are aimed at explaining the current situation of the repressed scholars, and to convince the citizens to vote for NO in the April referendum on the replacement of the parliamentary system with executive presidency.