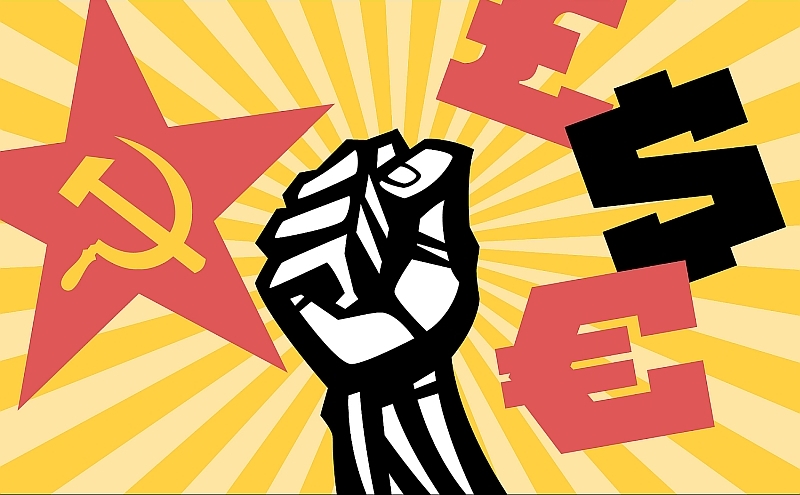 Can capitalism be reformed and what does socialism mean today? And how can the historical experience of the former Eastern Bloc help us answer these questions? These were the topics taken up by the conference “Socialism, Capitalism, and the Alternatives: Lessons from Russia and Eastern Europe”, which drew attention to the need for the Left and Right to find a common language and called for a re-definition of key terms.

Celebrating its 100th anniversary, UCL’s School of Slavonic and East European Studies, which has a long track record as the UK’s leading centre for the study of the Central and East European region, hosted the conference over three days between 14-16 December. With distinguished guests from Central and Eastern Europe, as well as keynote talks by Thomas Piketty, Naomi Klein, and Chantal Mouffe, the event brought together an impressive array of leading thinkers and activists on the both the Left and Right, though the conference’s sympathies for socialism rather than capitalism were apparent from the outset. Perhaps side-lining somewhat the promise of its sub-title of lessons from the region, there were other important take-aways from the three days of discussions of the current economic and political crises.

The opening three keynote speakers all dove into pressing problems, whether by discussing inequality (Piketty), climate change (Klein), or the dangers of the consensus of the centre in political representation (Mouffe). Drawing on his book Capital in the Twenty-First Century, Piketty argued that policy and political choices matter when it comes to inequality. Yet inequality persists not least because it is often justified with a lot of imagination by elites. Imagination, it seems, will also be needed in the fight against climate change that Naomi Klein called for. And despite her disclaimer that she never aspired to become Lenin and does not have the answer to the question of “what is to be done”, she did put forward some specific ideas of how to combat the imminent threat of global warming.

According to Klein, the challenge posed by climate change is the best argument we have for changing capitalism: keeping global warming within the limit of 2˚C pledged by the Paris Climate Summit will only be possible through large-scale public investments in more environmentally considerate infrastructure and the creation of “climate jobs”. Klein’s call for action was echoed by Chantal Mouffe’s appeal for addressing the crisis of representative democracy by radicalizing existing institutions through a left-wing populism.

At first glance the three speakers may have had little in common, each focusing on a different aspect of the current political and economic crises. But what emerged from all three talks – and what Klein and Mouffe underlined explicitly – is that the problems of inequality, climate change, and the loss of faith in the traditional institutions of representative democracy do not exist in isolation. Single-issue politics is not the answer. Any progressive project will have to tackle all of these concerns in conjunction. To think that we can first solve inequality and then move on to countering global warming is a fallacy; all these problems are intrinsic to the current neoliberal mode of thought. Perhaps it is an optimistic reading of these three contributions, but the message seems to be that if climate change and anti-austerity become one conversation, there is hope for change.

In this context, the invitation of Leszek Balcerowicz as the fourth keynote speaker that afternoon had, if anything, a comic effect.

Markedly less articulate than the other speakers, Balcerowicz’s defence of the proverbial “invisible hand of the market” was met with a largely hostile and bemused audience that easily made his obstinate rhetoric the butt of its jokes. If this was meant to be a staging of Mouffe’s previous call for an “agonistic debate” with the adversary, it was not successful. Balcerowicz’s insistence on rigidly sticking to his definitions of socialism and capitalism highlighted strikingly the lack of a common vocabulary between the Left and the Right. And without a shared language, no debate is possible.

Somewhat more productive in this respect was the following day’s debate with Paul Mason over his book Postcapitalism. Mason was challenged by a panel comprised of fellow journalists and academics with a range of political allegiances. Perhaps unsurprisingly, differences between the two traditional political camps boiled down to a disagreement on human nature (is it inherently prone to competitive self-advancement or inclined towards altruistic help to others?), a topic that re-emerged in the discussion the following day with economist Tomáš Sedláček.  The over-riding theme, as the discussants on the closing roundtable rightly remarked, thus remained the binary between socialism and capitalism – despite capitalism’s varieties as illustrated by the contribution of Dorothee Bohle and Béla Greskovits. And in spite of some last-minute questions as to whether the Eastern European experience of state socialism can be rehabilitated, the overall consensus of the participants leaned more towards the need to extricate socialism from this historical context and understand it in new ways. Specific historical lessons of Russia and Eastern Europe promised in the conference’s title remained vague, while what on the other hand was quite clear was a strongly felt dissatisfaction with the current neoliberal incarnation of capitalism.

But the big unanswered question is, what are the alternatives? The closing round of question and answers hinted at the rising role of religion as a factor that will determine political and economic decision-making in the future and as a subject for further consideration. For now, what remains is a call for a re-examination of our terms in order to bring together disparate causes into a larger progressive agenda.