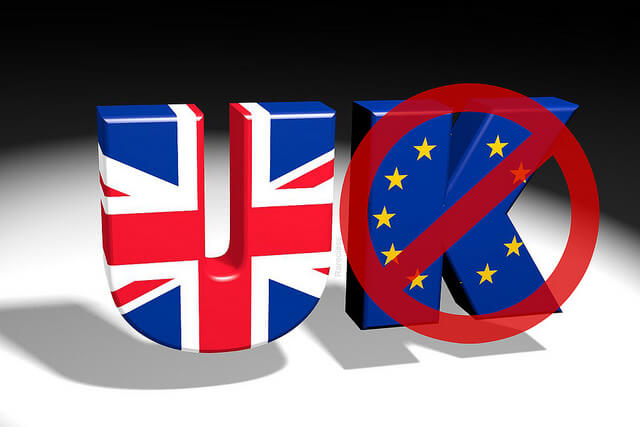 Although more than a decade has passed since the Eastern enlargement of the EU, much is still made of the rift between “New” and “Old” Member States. Central and Eastern European (CEE) countries now make up almost half of EU countries, yet are often still perceived – and arguably patronised – as a minority group within the club. But things are finally changing on the Eastern front.

Upon entering the EU, CEE countries were an easy bunch to please in Brussels. Delighted to have entered the Union, those countries were eager to show that they were worthy of the EU’s trust, and followed the European Commission’s guidance with gusto. The economic benefits that followed from EU accession helped consolidate this attitude.

But the 2008 Global Financial Crisis brought a stop to this honeymoon period. The financial volatility caused by the crisis hit CEE countries particularly hard.

The foreign direct investment which had been flowing into the region came to a sudden stop, and never rose back to its pre-crisis levels. Talk begun of a “middle-income trap” affecting CEE countries. It was easy enough to reap the early benefits of EU membership, based on the comparative advantage that came from lower wages and costs, but the next step – to fully “catch up” with Western European economies by developing comparative advantage based on high skills and technology, as opposed to lower production costs – is proving more elusive.

With this – arguably as a direct result – came political changes. Hungary was the first CEE country to show signs of reversing democratic progress, when Victor Orban’s second presidency brought to power a political style smacking of semi-authoritarian tendencies. More recently and prominently, the victory of PiS in Poland showed a similar development in the largest New Member State of the EU. These governments have now fully reversed the initially cooperative relationship which those countries had with Brussels. Tension is now evident, most notably with the EU’s judicial procedure against Poland which was launched as a result of anti-democratic initiatives by PiS.

The “Visegrad Four” countries (Poland, Hungary, Czech Republic and Slovakia) have also gradually begun to create a force to be reckoned with, within the EU. They have been particularly forceful in relation to immigration, refusing many of the Commission-led, Germany-approved, measures, aimed at dealing with the immigration and refugee crisis.

What Brexit will change

Brexit will inevitably shake up the status quo of inter-country alliances and forces within the EU. Even if, as now seems likely, the result of long negotiations will be to create a new status for Britain with as much similarity as possible to actual EU membership, having formally left the club will doubtless diminish the weight of the UK in EU negotiations. This potentially leaves a place to fill, for another country ambitious enough to take on the role of counter-balance to the Franco-German driving force.

Were not for its current government’s lack of engagement with, and credibility within, EU circles, Poland would have been the obvious choice.

As the largest CEE country, Poland could have taken up the role of the healthily sceptical counter-force to Germany and France. But the current PiS government means that Poland will miss out on this opportunity.

Italy appears to be positioning itself to take up the vacancy. Italian Prime-Minister Matteo Renzi has been carefully increasing his visibility in Brussels, and making statements about the future of the EU. But Italy would bring a very different influence from the British one – Renzi has been emphasising the importance of more, not less, European integration, and even hinting at the desirability of a fiscal union. Instead of a sceptical voice to temper the Franco-German enthusiasm, Italy would bring a pro-integration influence to the mix.

At a time when a rift is emerging between those who support deeper EU integration as the way to allow the Euro currency to survive, and those who support reassessing, and potentially reducing, the EU role in certain policy areas, the third voice could be pivotal. Poland is sadly missing out on the opportunity to have an important influence in shaping the future of Europe.

CEE countries could have a significant influence on the outcome of the EU-UK Brexit negotiations. On the key issue of freedom of movement and migration, the UK could find in those countries its fiercest opponents. CEE countries would stand to lose the most from any restrictions on freedom of movement, given the high numbers of their citizens living in another Member State, not least in the UK. Although the principle of freedom of movement itself is unlikely to even be the object of negotiations, there is a certain wriggle room when it comes to certain conditions attached to that freedom, particularly as it refers, strictly speaking to the freedom of workers to move within the EU.

Any restrictions on those who have not yet found a job would therefore not go against the spirit of the principle of freedom of movement, and this could be a way of offering concessions to the UK without compromising the principle. But all this requires carefully choreographed diplomacy, and the willingness of all 27 remaining Member States to at least appear to offer concessions in this sensitive areas. Staunch opposition by CEE countries could jeopardize, or at least significantly delay, this process.

The Visegrad Four, in particular, have often taken controversial stances on EU issues in the recent past, and could potentially take on that role in these negotiations. That would not necessarily be in their interest, however, and there would be little to gain from it.

After decades of lacking assertiveness within EU circles, some CEE countries are arguably falling into the opposite extreme, by becoming Europe’s “black sheep” and stalling progress with the sole aim of gaining populist appeal among their home voters.

This state of affairs is equally suboptimal, if not worse, for CEE countries as much as for the EU as a whole. So there is yet another reason for rooting for a return to the democratic path in Poland and Hungary – enabling a right balance to be found, whereby the CEE region is assertive within the EU, but as a force for good. CEE countries will then no longer be seen as the “new Member States”, but rather as EU members in their own right.

Filipa Figueira
Dr Filipa Figueira is a Teaching Fellow in Economics and Business at University College London. Her main areas of research are the European Union and Political Economy.
> see other articles <