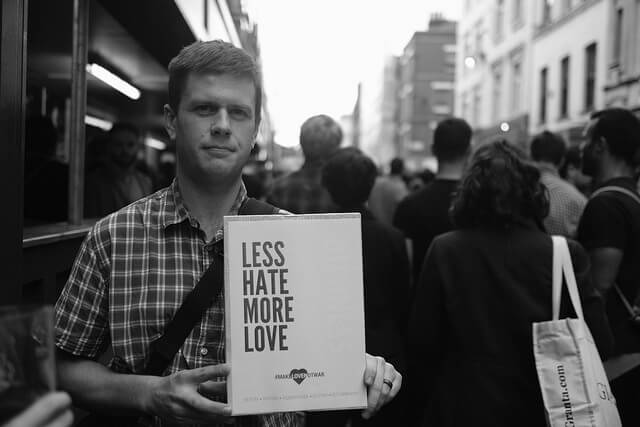 British media have been recently reporting on the rise in hate crimes. According to some reports there has been a 20% increase in hate crimes following the referendum results. While this is a troubling figure, we shouldn’t jump to conclusion that any crime perpetrated against an immigrant is a hate crime.

Take for instance the case of Arkadiusz Jóźwik. Jóźwik was a 40-year-old Polish man who died after sustaining head injuries following an unprovoked attack in Harlow, Essex. Six teenagers were arrested following the attack, which is now largely being reported as a hate crime. However, the claims that this attack was indeed a hate crime are still unconfirmed, which has led to speculation that the media are being a bit hasty in drawing such conclusions. Perhaps Jóźwik was merely the unfortunate victim of a gang of bored teenagers, determined to vent their frustrations clockwork orange style?

We shouldn’t jump to conclusion that any crime perpetrated against an immigrant is a hate crime.

Colm O’Cinneide, professor of law and a Vice-President of the European Committee of Social Rights says that although some of the support for Brexit was clearly rooted in hostility towards immigrants and particular ethnic groups, as well as in suspicion of ‘outsiders’ there is no necessary correlation between supporting Brexit and having such attitudes. Some elements of the leave campaign – in particular some of the rhetoric of UKIP-affiliated campaigners – may have deepened already existing hostility towards immigrants. But anti-immigrant political rhetoric has been a feature of the UK’s political landscape for years now.

Professor O’Cinneide argues that Brexit will make it easier for future UK governments to limit migrant rights and it may be encouraging more overt expressions of racist attitudes at street level. Early indicators are that there has been a noticeable spike in racist incidents, as reported to the police. It is difficult to see why Brexit would encourage more reporting than had previously been the case.

By comparing the level of reported racist and hate crimes from July 2016 and July 2015, it is evident that the number has jumped dramatically- it has risen from 1,251 reported incidents to 1,975 in 2016. A 57.9% increase. This figure is shocking to say the least, but it does not take into account whether this is as a result of Brexit or not.

The terrorist attack in Nice, France, on 14 July has to be taken into consideration. There are indicators that following such attacks, the level of hate crime against Muslims significantly increases. Following the 2015 attacks in Paris, the level of Islamophobic crimes is said to have tripled. Furthermore, if we look at the statistics for the level of violent crimes including murder, assault and bodily harm committed in the same period, we can see the number rise from 19,961 to 21,640 – an 8.4% increase. This is by no means as dramatic a rise as in the reported level of hate crimes, but it is still significant in showing that the number of violent crimes being committed in the UK is on the increase in general.

The death of Arkadiusz Jóźwik is far more than a statistic or media sensationalism – it is now a symbol of the new reality in Britain.

Whilst the statistics show that post-Brexit Britain is experiencing a hike in reported violent crimes, it is perhaps a bit foolhardy to jump to immediate conclusions. Unfortunately, there is not enough data for us to be certain in making such conclusions. Brexit has shown us one thing is certain – that words have a greater impact than we think. As Professor O’Cinneide mentioned, the rhetoric of the Leave campaign may have helped to inflame resentment. But perhaps the media shouting “hate-crime” every time someone of a different nationality becomes a victim of crime is only adding fuel to the fire. By removing the possibility of a crime against an immigrant being anything other than a hate crime, the media are further emphasizing the ‘otherness’ of immigrants, as well as demonizing Leave voters by representing them as violent racists. This does not help our divided society to heal. It builds more tension and ultimately deepens the rift.

Regardless of whether the killing of Arkadiusz Jóźwik was a hate crime or not, the rise in the amount of violent crimes being committed in general is a worrying trend in the UK, and one which needs to be addressed. More must be done to understand the causes of this increase so more steps can be taken to close the widening gap which is dividing Britain. Equally, the media need to assume a level of responsibility for maintaining calmness and stability during such turbulent times. By stirring up emotions without the relevant facts to prove or disprove their claims, the media run the risk of intensifying the tension. For now, regardless of the motive, the death of Arkadiusz Jóźwik is far more than a statistic or media sensationalism – it is now a symbol of the new reality in Britain. Even if it does transpire that he was a victim purely by circumstance as opposed to being targeted because of his immigrant status, the fact his murder was labeled a hate crime from the outset is a stark reminder of how divided Britain is.