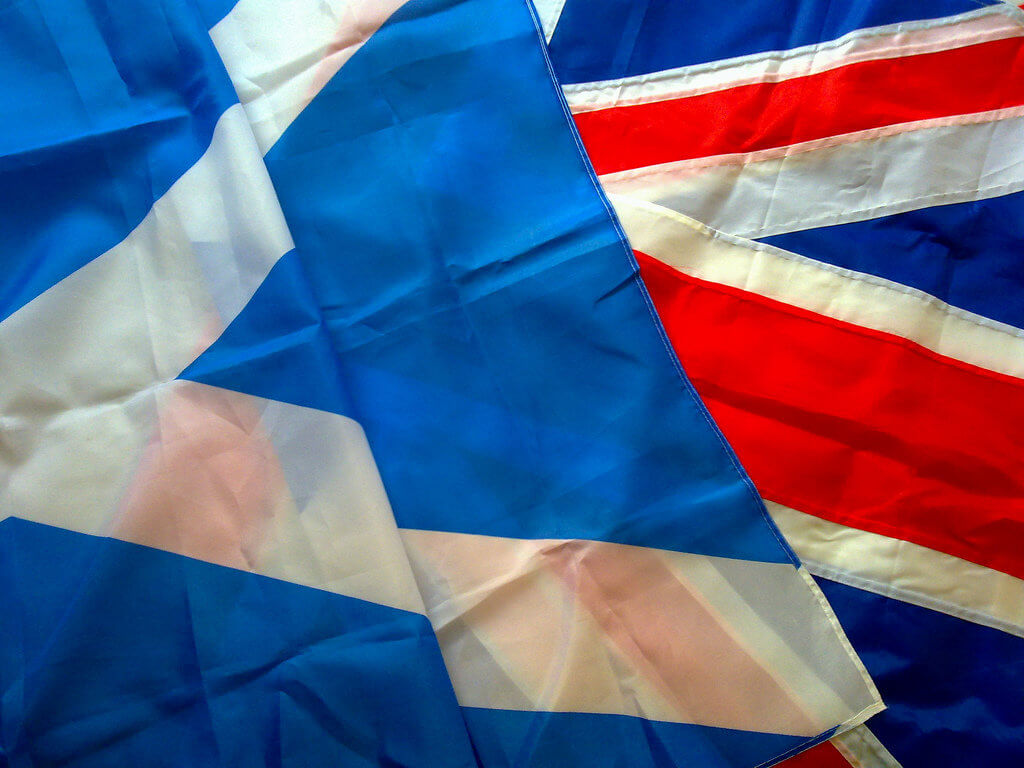 Photo courtesy of The Laird of Oldham under Creative Commons on commons.wikimedia.org

When British politicians refused to protect the rights of EU citizens in the UK on Monday, Joanna Zawadzka described her distress viscerally. The Pole, a migrant activist living in Scotland, told the BBC: “I feel like I’m a patient on an operating table, with no anesthetic, with no doctor by my side. I’m in pain already. And there is Scotland there, holding my hand, saying everything is going to be okay.” In her remarks, Zawadzka alluded to Monday’s other British headline; Scottish first minister Nicola Sturgeon would seek to call a second independence vote before Brexit’s projected completion, by early 2019.

The solution proposed by Sturgeon to Zawadzka’s pain was that notorious blunt tool of democracy: the referendum. In calling for a second independence vote in half a decade on Monday, the first minister suggested the outcome would affect “not just our relationship with Europe… [but] the kind of country we will become.” At stake was Scotland’s approach to immigrants such as Zawadzka. If further powers were to be centralized in Westminster during and after the United Kingdom’s Brexit talks, mused Sturgeon, “how open, welcoming, diverse and fair will we be in the future?”

A referendum announcement had been in the pipeline for months, and had little to do with the current state of Brexit negotiations.

Following Sturgeon’s announcement, members of the ruling UK Conservative Party responded that European citizens, and European institutions, were less the cause of Sturgeon’s concern than they were a pretext: PM Theresa May accused the Scottish National Party of “tunnel vision.” Scottish Liberal Democrat leader Willie Rennie claimed that a referendum announcement had been in the pipeline for months, and had little to do with the current state of Brexit negotiations. Britain’s opposition party, Labour, meanwhile, was typically ambivalent (a cruel tongue might say disorganised) about Sturgeon’s plans: while Scottish leader Kezia Dugdale called a proposed referendum divisive, UK party head Jeremy Corbyn declared he would “not block” legislation to hold a second vote in event it reached Westminster.

Indeed, in her Monday speech, Sturgeon herself claimed to be looking beyond “just our relationship with Europe.” Calling for clarity when outlining a time-frame for the referendum, the Scottish first minister sounded vaguer on the relationship she sought with the EU: Could the vote ensure continued membership of the single market, as a paper commissioned by her government recommended? Would a referendum pave the way for an independent Scotland to apply for full EU membership?

Such questioning of the Scottish National Party’s motives is “offensive” to George Toth, a Hungarian teaching in Stirling. “We are not some kind of pretext,” he ripostes, “we are real people, living next door to you, teaching your children in your schools, training your religious ministers (as my wife does), fixing your broken pipes, serving your dishes and ales at your restaurants.” Whether they are seizing a timely opportunity or not, the SNP have been “the only ones who bothered to reassure us that it will do whatever it can to protect our rights to live in peace and be British.” He, like Zawadzka and many other Central Europeans in Scotland, would take his chances on the hope offered by a Scottish referendum.

Without Theresa May’s consent for a referendum, a path forward for Scottish independence looks uncertain.

Such hopes, however, appear to be dashed for the time being. On Thursday, British PM Theresa May ruled out a referendum before Brexit negotiations concluded. She argued that such a vote would prove distracting at a time when the UK government needed to put “all its energies” into EU talks. May’s announcement corresponded with pundits’ predictions that a second Scottish independence vote would turn on a question of timing. The BBC’s Laura Kuenssberg suggested a “battle royal” was set to ensue between Edinburgh and Westminster over when, rather than if, a second independence vote were to be held. Sturgeon and May are both counting on the appeal of Scottish independence peaking prior to Brexit. Does May’s announcement now take the wind out of the SNP’s sails (bookies initially suggest ‘no’)?

How will the SNP respond to May’s refusal? Sturgeon’s next step was to seek approval from the Scottish Parliament to take referendum plans to Westminster. With her SNP as the largest party in the Scottish Parliament, and the Scottish Greens pledging their support, such approval is likely to be granted, most likely still according to her schedule, by next week. But without Theresa May’s consent for a referendum, a path forward for Scottish independence looks uncertain. Between the misery of unanaesthetized patients like Zawadzka, and the obstructionism of Westminster, surgeon Sturgeon has a tricky operation ahead.

Rosamund Johnston
Rosamund Johnston is a Scottish historian and radio journalist specializing in Central Europe and Czech Republic in particular. She is currently pursuing a PhD at New York University.
> see other articles <