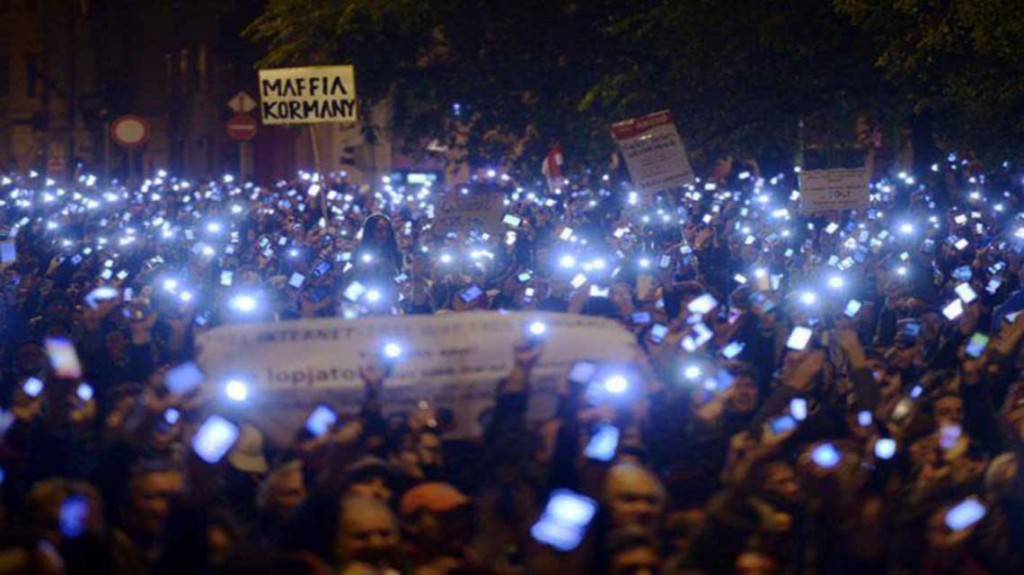 In its latest and most aggressive crackdown on democratic rights and freedoms, the Hungarian Government has introduced a new measure to tax use of the internet – one of the last remaining platforms for independent media, information and communications in Hungary.

The move is part of the Orban government‘s increasingly repressive efforts to control and punish independent media and civil society watchdog groups through both legal and economic means. It follows a wave of alarming anti-democratic measures by Orban that is pushing Hungary even further adrift from Europe. These include a recent advertising tax on media companies aimed at punishing critical outlets and a series of police raids and investigations by Hungarian tax authorities into freedom of expression NGOs that serve an essential role in promoting democratic discourse and debate.

Orban’s new tax on internet is direct attack on the freedom of expression and the right to access information. It risks disconnecting Hungary with global information and communication channels. The measure would impede equal access to the internet – deepening the digital divide between Hungary’s lower economic groups and limiting internet access for cash-poor schools and universities. It would also cripple Hungarian small businesses and their right to compete EU’s the single common digital market.

The protesters claim to defend the fundamental right to freedom of expression and information, as guaranteed to all citizens under Article 10 of the European Convention on Human Rights, Article 19 of the Universal Declaration of Human Rights, and the EU Charter of Fundamental Human Rights. They oppose the Hungarian Government’s attempt to strip us of these fundamental rights, which is in violation of the set of international treaties and obligations that Hungary is legally bound to uphold.

Mr. Orban’s government wants to distract the population from the rampant corruption, failing policies, and series of international scandals by creating an outrageous tax on Internet usage. Besides diverting attention, the Orban regime’s objective is to extend its control over the media landscape in Hungary. Having enacted a highly restrictive media law, fostered an atmosphere of self-censorship among journalist, created murky media ownership structure among other means of media control; they are now switching off the Internet. Activist and protest organizer Balazs Gulyas says:

The tax is really scary, it throws us back 30 years. I think a lot of businesses will have to move.

Mr Orban’s regime says the internet tax is designed to increase fairness, as people increasingly use online services for telephony and text messaging; the tax the government says is to promote fairness will in fact have a chilling effect on access to information online and further cut off the public from free and impartial information, in the latest example of a tightening political and media climate in Hungary.

In a totally new twist on preventing access, fiscal means are used over the technical approach used in Iran or China. His aim is to control information flows to Hungarians – to block access to global communications. This is the next logical step for Mr Orban, having dismantled the cornerstones of a democratic, pluralistic society step by step over the last 5 years. His declared aim is to move Hungary away from the family of democratic, liberal societies and make it look like Putin’s Russia. Access to information and communication is a keynote of open and democratic societies; the attempt to created closed systems are the soviet-style authoritarian counterparts – say the protest leaders.

FactSheet: why are the protesters against the tax?