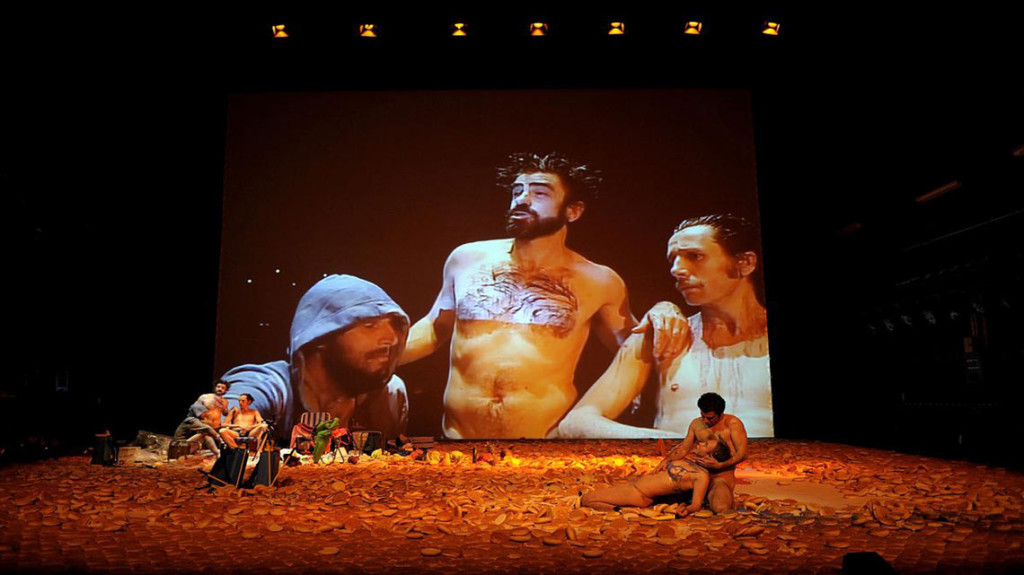 [quote align=’left’]Catholic censorship, unlike Communist censorship, is characterized by the fact that Catholics themselves do not know what exactly they are censoring. [/quote][dropcap]T[/dropcap]he latest battle in that war arose from an unlikely place, a staging of the play “Golgota Picnic” by the Argentine author Rodrigo García, and has produced an even more unlikely result: a defeat for the church.

The church in Poland is both omnipresent — we have one of the world’s largest statues of Jesus, at about 100 feet high — and, at least from its perspective, the victim of constant, brutal attacks from modernizing, progressive forces.

The fact that over 90 percent of Poles belong to the church, and that it enjoys almost complete control over legislation concerning social issues (there is also a legal ban on offending religious feelings) is apparently irrelevant.

In every election, the church is effectively the largest party in the Parliament; regardless of their actual party affiliation, well over 50 percent of legislators unofficially take orders from the episcopate. It is impossible to pass legislation on insurance coverage for in vitro fertilization, to say nothing of sexual education in schools, legalized abortion or same-sex unions.

To maintain its power, the church invents threats against it. Recently it was the catchall boogeyman of “gender” — feminism, abortion, birth control — considered by the clergy to be an ideology “worse than Nazism and Communism combined.” Now it is modern art, with a long list of artistic events deemed “anti-Christian.”

Which is where Mr. García and his play come in. On June 20, the organizers of the Malta International Theater Festival, which takes place annually in Poznan and is one of the largest such events in this part of Europe, gave in to a coalition of Catholic fundamentalists and right-wing hooligans and canceled the performance of “Golgota Picnic,” after repeated accusations that the play was blasphemous. Instead of upholding the constitutional right to artistic freedom, the mayor of Poznan, Ryszard Grobelny, endorsed the organizers’ self-censorship, claiming that “the play threatens Poznan’s traditional values and as such is perceived as a provocation.”

Catholic censorship, unlike Communist censorship, is characterized by the fact that Catholics themselves do not know what exactly they are censoring. None of the protesters had seen Mr. García’s play. Not that it mattered to them. Communists once boasted that they knew the future, and in this sense, Catholics are similar: A work of art must be banned before it corrupts our souls.

A version of this op-ed appears in print on July 4, 2014, in The International New York Times.