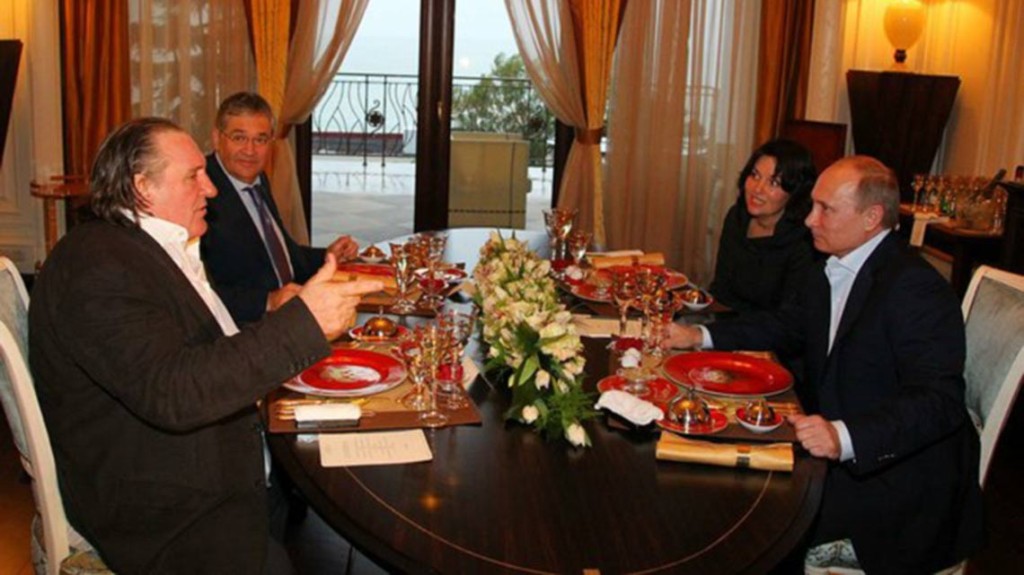 [quote align=’left’]What naïve American intellectuals say free of charge, the canny Gerhard Schröder, the former German chancellor, says for 250,000 euros a year as a board member of Gazprom, the Russian oil giant. Mr. Schröder, the German father of “Gazprom socialism” — a new subspecies of limousine liberalism — has repeatedly embarrassed Berlin by supporting Russia’s annexation of Crimea.[/quote][dropcap]W[/dropcap]estern intellectuals have long had a soft spot for Russia. Voltaire, the French teacher of tolerance and a great friend of Catherine the Great, said that he would gladly move to Russia, though only if its capital were Kiev, not icy St. Petersburg. Johann Gottfried von Herder, the German philosopher of enlightened nationalism, dreamed that he would obtain earthly glory as the “new Luther and Solon” for an as-yet-unspoiled Ukraine, which he would transform into a “new Greece” within the Russian empire.

And in the last century intellectuals like André Gide, Pablo Neruda and Jean-Paul Sartre all stumped for the Soviet Union as what Lenin allegedly called “useful idiots,” apologizing for its monstrosities long after the rest of the world recognized them.

To those in the Eastern Europe left — myself included — who know Russia better than most, such naïveté has long been a source of chagrin. And yet it continues, even today, as many American and Western European intellectuals do all they can to minimize the dangerous aggression by Vladimir V. Putin.
(…)

Read the full article in the New York Times.

A version of this op-ed appears in print on April 29, 2014, in The International New York Times.