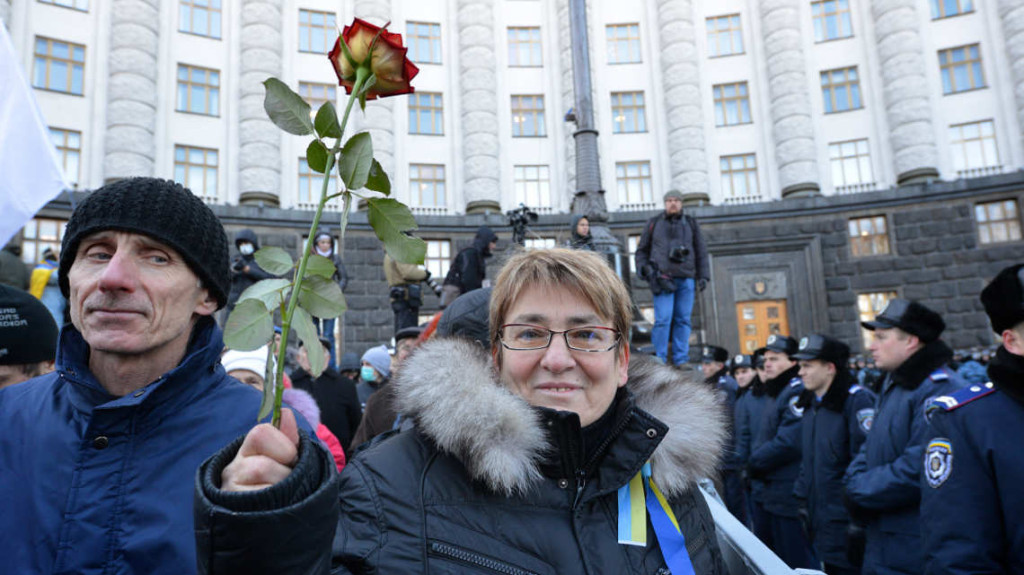 [dropcap]T[/dropcap]hese days, the world is closely watching Ukraine. Some of the recent developments, above all the recurrent attempts of the government to use violence against peaceful demonstrators, raise a serious concern.

We, representatives of the international academic community, are especially troubled by the fact that violence and harassment quite often is targeted at youth, very often journalists, university students and young faculty.

Such conduct by the Ukrainian government is destructive, both for the government itself and for the future of the country it represents.

In contrast to the government, Ukrainian society has displayed admirable civic maturity. Its determination to keep its protest within the realm of legality and its unwavering rejection of violence are a model for the defence of civil rights. Today, the Ukrainian Maidan represents Europe at its best – what many thinkers in the past and present assume to be fundamental European values.

We are calling on our governments and international organisations to support Ukrainians in their efforts to put an end to a corrupt and brutal regime and to the geopolitical vulnerability of their country. Ukraine needs a European Marshall-like plan that would ensure its transformation into a full democracy and society with guaranteed civil rights. In elaboration of a new policy towards Ukraine, we propose to draw a distinction between the Ukrainian government and Ukrainian society. While the former must be treated with a maximum of strictures, the latter deserves a maximum of support.

Let us help Ukrainians to build a new Ukraine – and then they surely will help us build a new Europe and a fairer world.

Appeal was published in „The Guardian”  and “Dziennik Opinii” (Political Critique Opinion Daily) on January 4th.