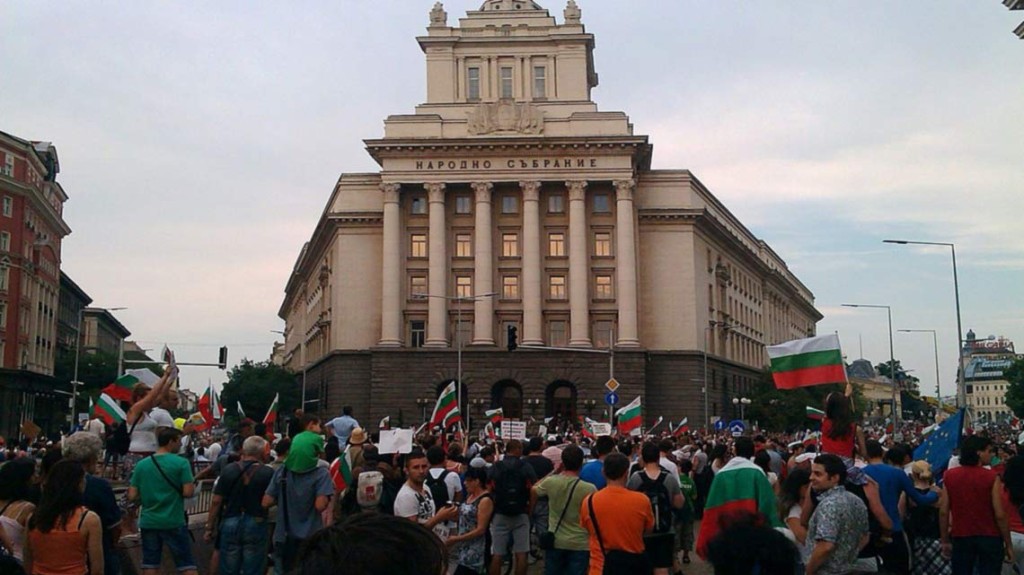 [dropcap]O[/dropcap]n June 14, thousands of Bulgarians marked the one-year anniversary of the start of their anti-government protest. In 2013, under the banner Ostavka or resignation, Bulgarians took to the streets for months in a row, calling for a new government.

The government they wanted to bring down was representing an unholy alliance made up of the Socialist Party and the Movement for Rights and Liberties, a party that supposedly represents the country’s Turkish population, with the tacit approval of the far-right, inherently anti-Turkish, Ataka. The trigger for the public outrage was the appointment of a young media mogul as head of the national security agency.

What brought the Bulgarians to the streets was an overpowering anger at a political class perceived to be corrupt to the bone, serving the interests of oligarchs and mafia groups, and ignoring the needs of the people.

During the winter of 2013, poor Bulgarians had protested against unbearably high electricity bills, and a couple of people set themselves on fire in separate incidents across the country, in acts of protest and desperation.

Romania’s nationwide mobilisation began on September 1, and was sparked by a draft law that was meant to give extraordinary powers to a Canadian corporation wanting to build Europe’s biggest gold mine in the village of Rosia Montana in the country’s west. The legislative proposal gave the state the right to expropriate land in the name of “national interest” at the request of the company and ordered authorities to reissue automatically with any permits overruled by national courts.

The project’s social and environmental costs far exceeded its benefits, and yet politicians across party lines and all mainstream media had been promoting it for 15 years, which to people, was a sure sign of corruption.

Rosia Montana became the symbol of everything that was wrong in the country. Romanians identified with the Rosia Montana’s villagers who had been for years harassed by the state and foreign companies which wanted to destroy their environment in order to make profits.

In the post-Occupy global context, the Romanian and Bulgarian stories are not new. We have seen the same storyline repeating in many places over the past years: People coming together to take on the corrupted nexus between politics and business which sidelines the needs and the will of the people.

As in other places, Romanians and Bulgarians came out in the streets to express their anger, and in the process stumbled upon a sense of collective empowerment they had thought lost or nonexistent. It was both the outrage at government mismanagement and the ecstasy of coming together for the first time that fuelled such intensive protests.

That Romanians and Bulgarians shared an agenda with Americans, Greeks, Spaniards, Turks, Brazilians and others is not surprising. Whatever political systems we nominally live in, power is often sold to capital and citizens are excluded from politics.

What is peculiar in the Eastern European case is that these protests marked the end of popular trust in the post-socialist transition and the Western dream. A quarter-century ago, communist systems in these countries collapsed and a transition to liberalism and the market economy began. In 2007, Romania and Bulgaria joined the European Union, the ultimate goal of all post-1989 political projects in these countries. We thought we had it figured out.